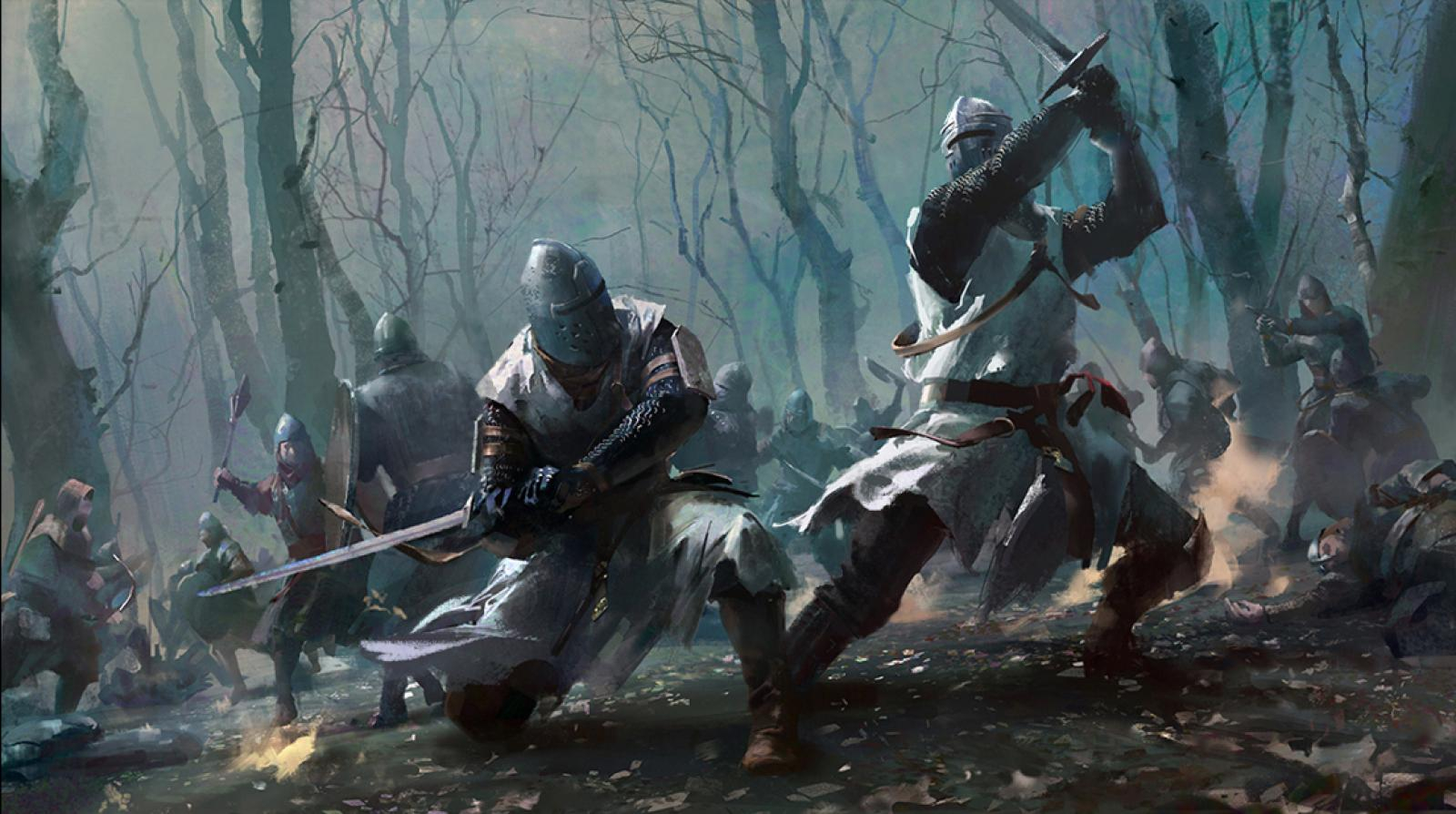 The Infinite Battlefield of Acheron

The Infinite Battlefield of Acheron is an Outer Plane representing alignments between lawful evil and lawful neutral with emphasis on law.   Acheron was the bridge between the ultimate order of Mechanus and the regimented evil of the Nine Hells and as such, each layer emphasized order over evil. The land masses on each layer were blocks of geometric simplicity the size of nations floating in a sea of air. The blocks would slowly collide and part without causing any upheaval or tremor, allowing beings to move to a new block if desired. The dance of the blocks was carefully orchestrated and creatures of high intelligence could usually discern a pattern for an area by studying the motions. It was said gravity pulled toward the center of the blocks but in practical terms gravity was normal to each surface.

Acheron was sometimes known as the "iron-shod battle planes of Acheron" due to the characteristics of the first layer, Avalas. The blocks of the top plane were black with a metallic hardness that allowed the sounds of battle and troop movements to reverberate loudly. Avalas had the most block-like worlds and the highest population as the armies of the Outer Planes spent their afterlife clashing in neutral territory over differences both subtle and gross. The landscape consisted of cone-shaped mountains and pits plus the iron fortresses of the various armies. The only other remarkable feature of this layer was the river Styx that would bubble up from one pit, meander across two or three sides of a block, and then disappear down another pit. The Styx did not visit all the blocks, but those it did could be reached by Charon and his servants.   Avalas touches the Astral Plane and had spherical portals to the three adjacent planes: Nirvana, the Nine Hells, and Concordant Opposition. The portals hung at fixed locations in space and would pass harmlessly through the blocks, becoming inactive while inside a block and reactivating when they reappeared. Anyone emerging from a portal would start to fall toward the nearest block and almost certainly required some form of flight to avoid a high velocity impact. The portals were activated by touch and the destination could be determined by the sound it made when activated. A harmonious chord indicated a portal to Nirvana, a dissonant chord meant the Nine Hells, and silence indicated Concordant Opposition.

A particular block of Avalas is known as Tirithor, the “Land of the Mighty.” Tirithor harbors a pit of the river Styx leading to the realm of the god Agrik. It is constantly at war with the realm of Agrik and the other evil deities. Tirithor is a feudal state; Larani is the Queen; her barons are demigods, her knights are slain heroes of Kèthîra. The fertile land is divided into manors, worked by a virtuous peasantry. Tirithor is the feudal ideal   The heart of Tirithor is the legendary castle Dolithor, seat of the goddess and haven of her followers. It is said to be the fairest structure in two worlds, and the strongest, although Agrikans claim this distinction for Balgashang. Dolithor stands atop a hill from which the goddess may view the whole kingdom and marshal her forces for its defense.

This layer was the Sargasso Sea, Elephants' graveyard, and scrap heap for countless contraptions, creations, weapons, armor, failed experiments, broken devices, fallen buildings, and shipwrecks of sea and air. The blocks of Thuldanin were hollow and pockmarked with pits that lead to the interior a few miles/kilometers down. There the flotsam and jetsam of the ages turned to stone in a matter of days or weeks due to the magic of this layer. Thuldanin had no inhabitants, only the occasional visitor from Avalas looking for some piece of magic or technology that might turn the tide of battle.

The third layer of Acheron had blocks different than those of the other layers. Here the blocks were made of gray volcanic stone and the faces were six-sided, eight-sided, or even higher in number of edges. When the blocks of Tintibulus collided the surfaces would fracture along natural fault lines into hexagons great and small. This layer had no inhabitants but was attractive to magical researchers for its emptiness and isolation.

The blocks of the fourth and final layer were square and so razor-thin as to be almost two-dimensional. They ranged in size from a few inches to several miles across. Both sides of the hard black squares had normal gravity pulling to the surface and could be walked upon. Being hit by the edge of one of these razor-sharp squares could be deadly.
Type
Planar Sphere/Grouping
Location under
Outer Planes
Characters in Location