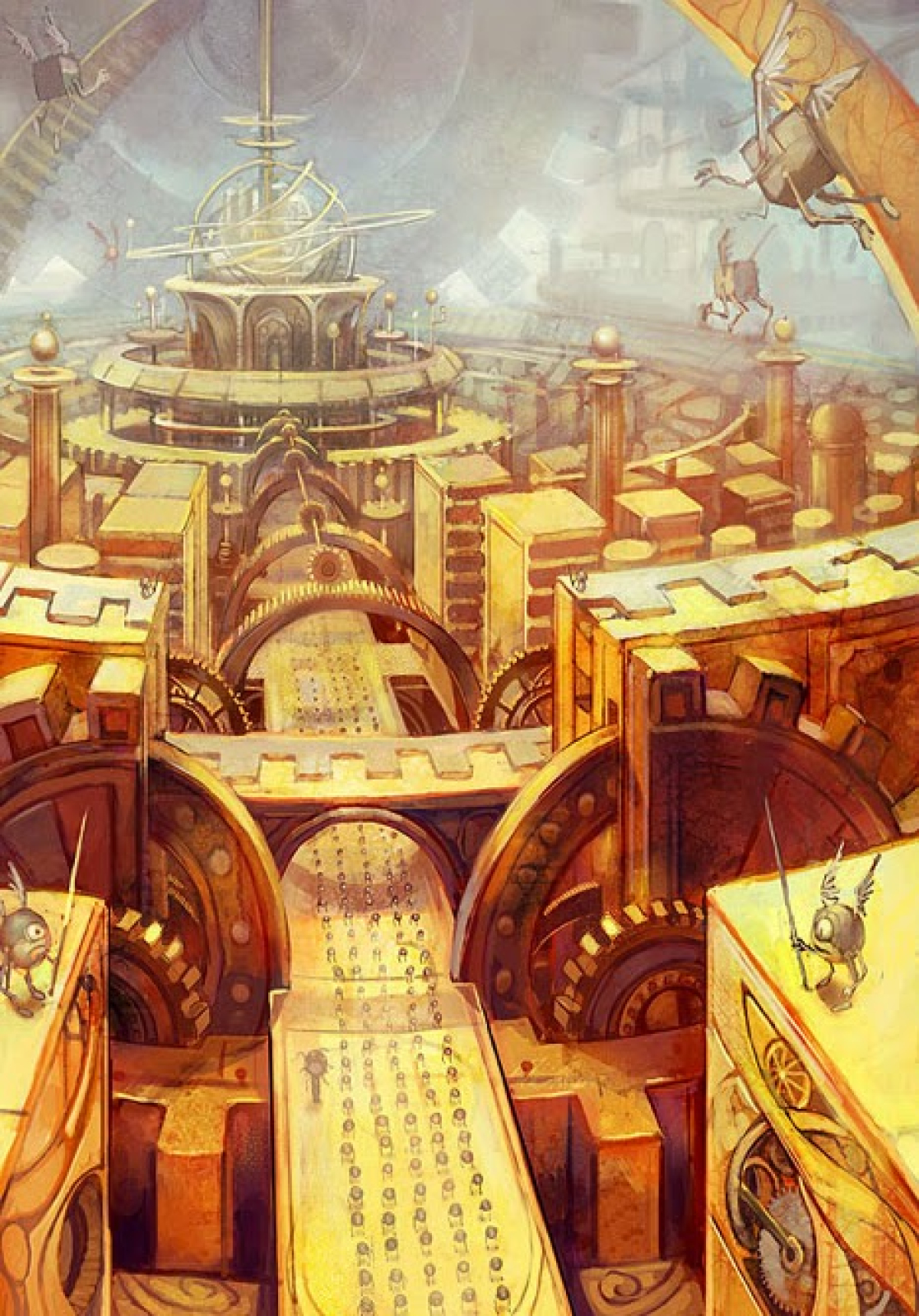 The Clockwork Nirvana of Mechanus

The Clockwork Nirvana of Mechanus, sometimes called Nirvana, is an Outer Plane representing the alignment of lawful neutral and home of the modrons.   This plane was filled with an infinite number of country-sized circular interlocking gears which were habitable on one or both sides. These great flat wheels were at least one thousand miles in diameter and had teeth that meshed at right angles, all turning slowly in synchronicity. Each disk had its own gravity that operated in a sphere circumscribing it exactly and pulling normal to the top and bottom surfaces. The void between the gears was filled with air, allowing easy flight. Outside a gravity sphere, objects would feel only very weak attraction to nearby disks.   A plane of Law and order, Nirvana had equal amounts of light and dark, heat and cold, and equal measures of the four elements. There was a place for everything and everything was in its place. Even individuals living here existed to fit into the greater scheme of things and thus achieve a perfect society. There was no pain, but the only pleasure was in successfully filling a role like a gear in a machine. Passion, fantasy, and illusion did not exist here, except for what might be brought in by visitors, and any who tried to foment individualism or stir passions for a cause soon found they were not well received.   Nirvana was connected to the Prime Material Plane via the Astral Plane, and to the Outer Planes of Arcadia, Acheron, and Concordant Oppositon by portals which appeared once every revolution of the gears they belonged to. The period of rotation depended on the size of the gear, but a typical period was twenty days. The portals stayed open for exactly one day. There was one portal to Concordant Opposition, located at the center of the featureless bottom side of a large gear, that was continually open.
Alternative Name(s)
Mechanus, Nirvana
Type
Dimensional plane
Location under
Outer Planes