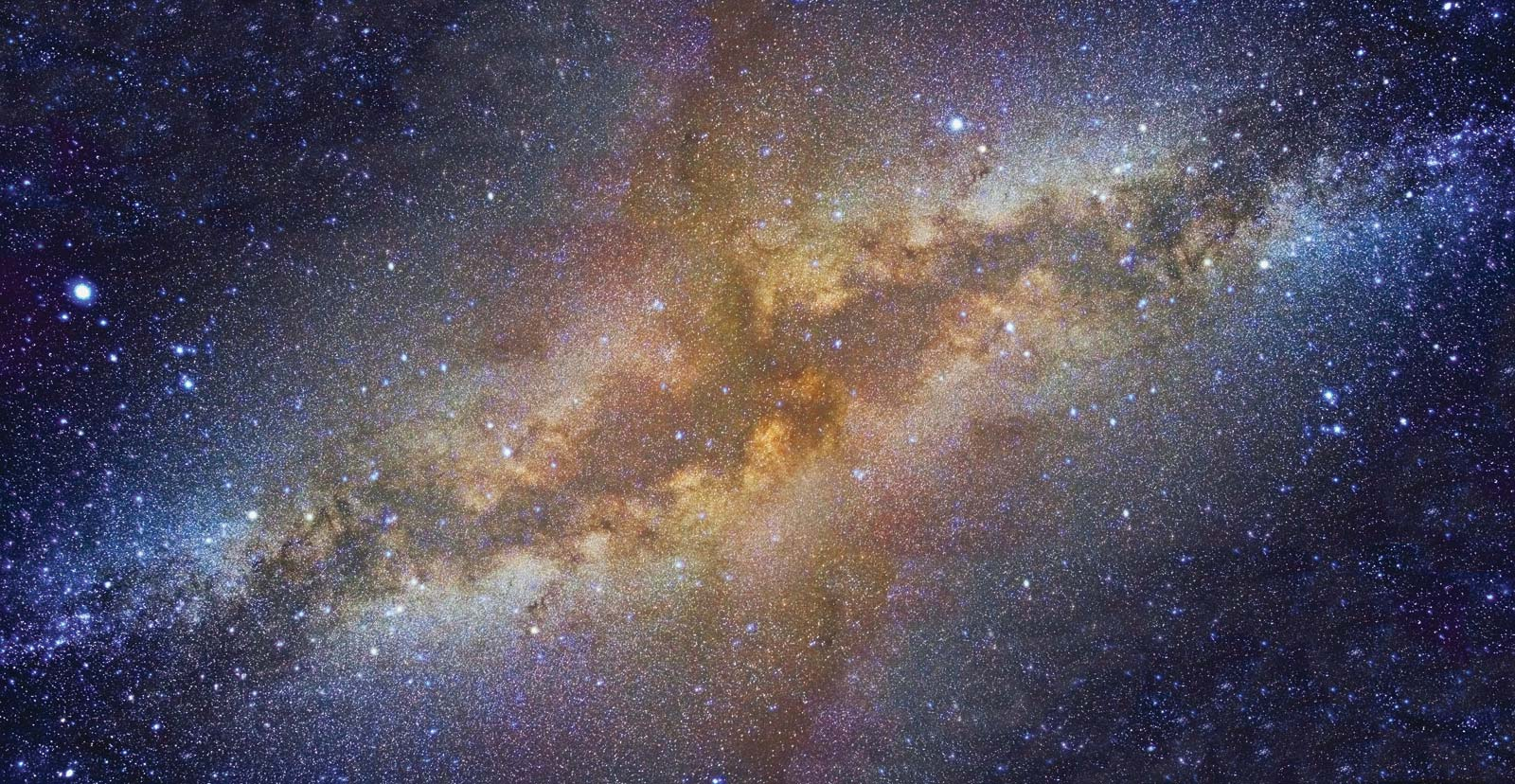 The Milky Way is the galaxy that contains the Solar, Polaris and Vega Systems, along with countless other stars and planets. A portion of the galaxy has been designated Sector 2682, the arm containing the Polaris and Vega Systems largely given Vega's status as off-limits to the Green Lantern Corps..   The Milky Way is s galaxy with a hazy band of light seen in the night sky formed from stars that cannot be individually distinguished by the naked eye. The term Milky Way is a translation of Earth's Latin via lactea, from the Greek galaxías kýklos, "milky circle." From Earth, the Milky Way appears as a band because its disk-shaped structure is viewed from within.   The Milky Way is a barred spiral galaxy with a visible diameter between 150,000 and 200,000 light-years. It is estimated to contain 100–400 billion stars and more than 100 billion planets. The dark matter halo around the Milky Way may span as much as 2 million light years. The Solar System is located at a radius of about 27,000 light-years from the Galactic Center, on the inner edge of the Orion Arm, one of the spiral-shaped concentrations of gas and dust. The stars in the innermost 10,000 light-years form a bulge and one or more bars that radiate from the bulge. The galactic center is an intense radio source known as Sagittarius A*, a supermassive black hole of 4.100 (± 0.034) million solar masses.   The Milky Way has several satellite galaxies and is part of the Local Group of galaxies, which form part of the Virgo Supercluster.

The Milky Way Galaxy is made up of billions of stars, many of which have inhabited planets of their own. Only a fraction of the entire galaxy is known and explored, and much of the focus of activity in the spiral arm where Earth is located is around the great galactic powers of the Grue Unity and the territory which was, until very recently, controlled by the Lor Republic, now contested between the Stellar Imperium, the Grue, and the remnants of those loyal to the old Republic.
Type
Galaxy
Location under
Local Group
Included Locations
Included Organizations
Contested By
Characters in Location

Remove these ads. Join the Worldbuilders Guild
Codex of the Milky Way