Grumwish was a gruff and very blunt Khuzdûl. He was known for telling things from a very stable and neutral point of view. His belief in honor was emphasized in his ability to see things from a very realistic and unbiased view. Never one to turn his back on his friends and companions, he was one that would call them out and let them know that he would not be lead into any situation that he deemed suicidal. He lived by the code "The stupid shall be punished!" and he had no issue with walking away when individuals needlessly put themselves in harms way.

Born of Ázadmêre, a kingdom that stretches deep beneath the mountains, Grumwish was raised much the same as any Khuzan. Surrounded by mines of gems and precious metals that would be taken to forge items of wonder, Grumwish was taught to love the beauty and artistry of precious metals and fine jewelry but the lessons of the clans were not lost to him. Grumwish was raised to be solid and enduring like the mountains his people love, weathering the passage of time with stoic endurance he learned to respect the traditions of the clans. Part of those traditions was devotion to the gods of the Khuzdûl, who uphold the Khuzdûl ideals of industrious labor, skill in battle, and devotion to the forge. Determined and loyal, true to his word and decisive in action, Gumwish was a respected follower of Siem.   The blessed Siemist Grumwish exemplified the values of honor toward natural life in caring for metal and a dedication to the mysteries of existence in his studies of Hârn but his truest forms of devotion were his trustworthiness, his neutrality, and his vow to not act in ignorance. In need of a champion as his last had past, Sereniel granted Grumwish access to the power of Siem and Grumwish became the blessed cleric of Siem.

Grumwish's first step toward becoming a Champion of Destiny was when he left the Red Fellowship. 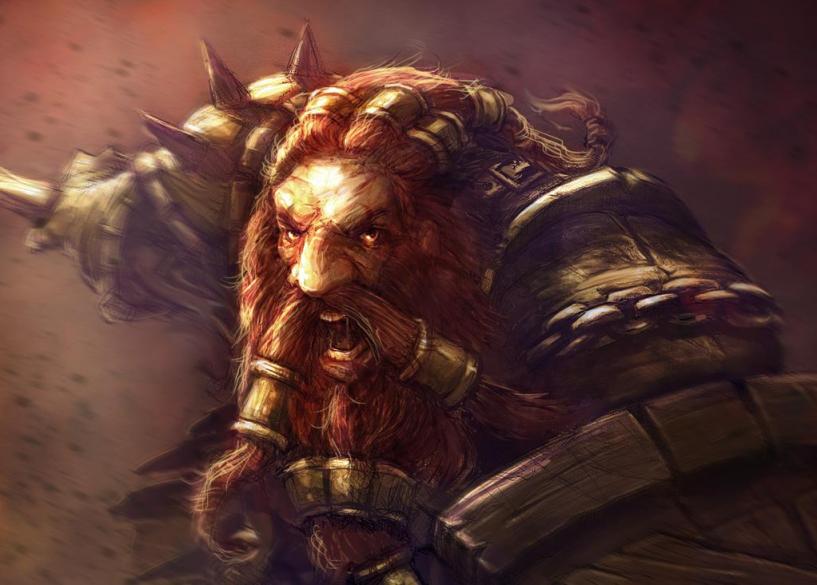 Remove these ads. Join the Worldbuilders Guild
Prior Members