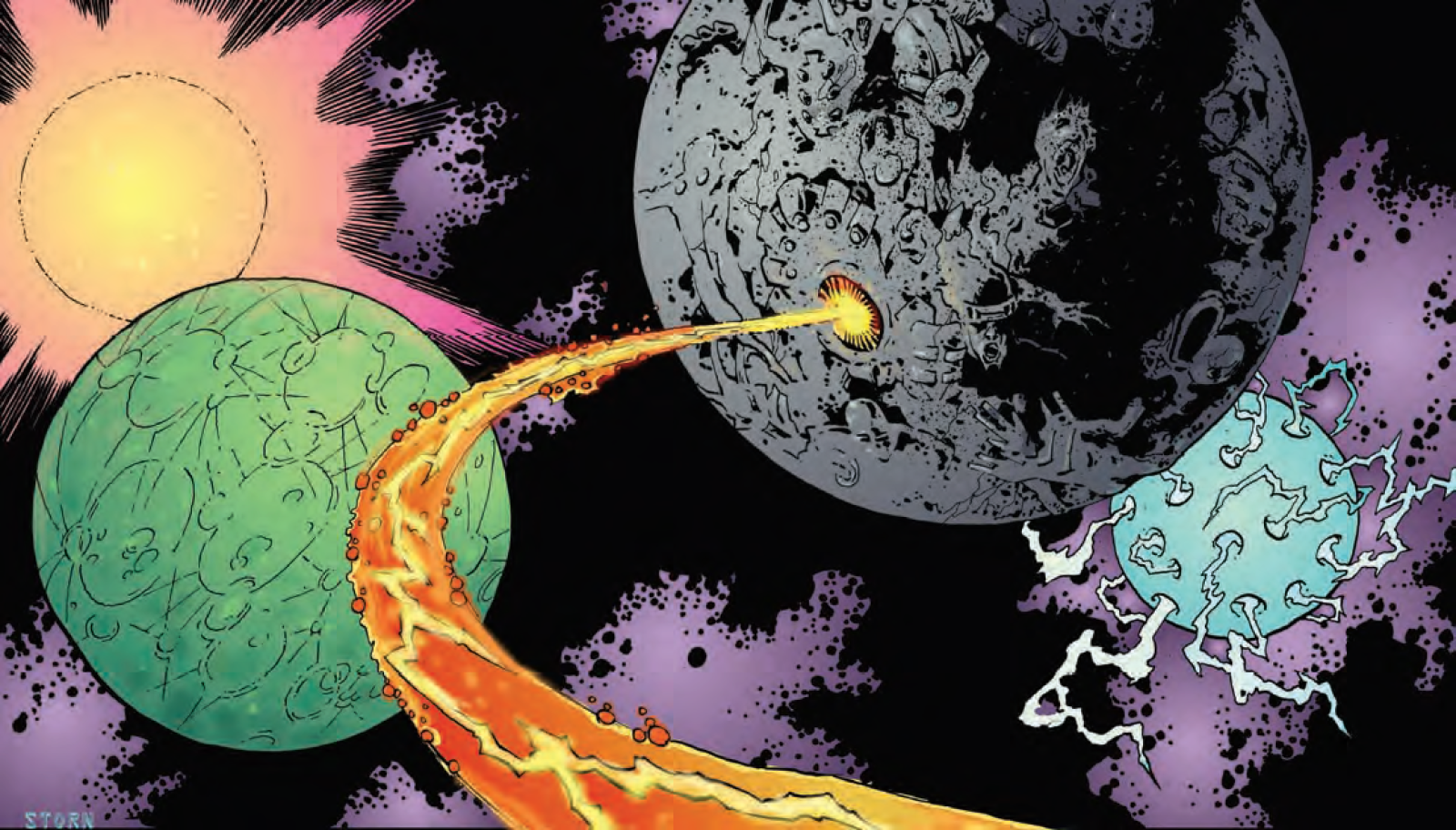 The Doom-Coil itself is located inside the planet Nihilhor's hollow shell. It’s massive enough on its own but it also has the reality-distorting mass of a thousand collapsed universes within it. There are only two entrances into the Doom-Coil. One is the energy port where the Terminus Stream flows, impassible to any vulnerable to the Stream’s devastating power, and the other is the Silent Stair, which descends for miles from Omega’s personal quarters.   The Doom-Coil is destruction incarnate. It cannot be harmed and merely looking into its depths is enough for most to give in to despair, hopelessness, and their darkest impulses. The Doom-Coil is constantly searching, reaching, for other universes to devour. When it finds a candidate, it seeks out its key world, the nexus of that dimension’s reality (typically a planet rich in superhuman power sources). Once it’s discovered, Omega and his Final Armada are dispatched to capture it. The conquered world is converted into a focus for the Doom-Coil. When the focus is activated, the Doom-Coil directs the Terminus Stream into that universe and sucks it in like a man drinking through a straw, until that universe collapses and is devoured.   Deep within the Coil is Throne, who is slowly, millimeter by millimeter, fighting his way into the heart of the machine, struggling against forces beyond imagination. One day, the Furions say, the Throne will reach the heart, and the final battle will begin.
Type
Stream
Location under
Nihilhor