Pronounce as Mouse-shroom. Mousshrooms are a small native species to the shaded depths of Shelterwood of planet Lapis. It is said the first of their kind were created on accident by an apprentice witch who was trying to cook mushroom stew with mouse meat.

"An artificial life-form like myself, quite plausible. ...I wonder if I can keep one."
— Rogan Blackborn

Mousshrooms have an amorphous stalk-like main body with 2 arms and 2 legs attached and a mouse-like tail. They walk upright on their legs. On their head a mushroom cap is grown, if this cap or other large but less than half part of their bodies is removed their cognitive functions will severely suffer, but they will not die; more than half of their body mass must be lost for death to occur. Their eyes and mouth are located on the front of their stalk like body. They do not have a nose, they breathe through their porous skin, while their mouths are capable of exhaling air for vocal communication. Their internal body has no skeletal structure, organs or muscles, instead their entire body is made of fungal tissue interwoven with white nerve-like threads that double as muscle fibres, and function in place of a developed brain. Mousshrooms are capable of a range of motion similar to a stubby humanoid, with the addition to being able to move their cap as well.

They have a very limited ability to morph their shape, this is mostly useful for grabbing items without distinct fingers by simply "growing" their palms around something. They cannot change their volume or mass.

They may evolve volva, veil, partial veil, annulus, spots or any fungus related features. They have a large variety in their appearance, and while bear many similarities to a large selection of fungi they cannot be identified to be related to a single species of such.

Mousshrooms are clumsy to walk, but they are capable of floating and utilise this to move around with ease.

Mousshrooms are hermaphrodites and reproduce asexually. The new mousshroom is grown on the top of the cap of the parent shroom. When the shroomling is ready in 1-2 months it will pop off the parent mouseshrooms top. The coloration and characteristics will often resemble the parent mousshroom, but mutation in coloration and fungi features is common. Despite the lack of biological need, mousshrooms will often pair up with a lifetime partner and raise their young together.

A spore will form on a parent's head and stay there for at least a month. When the spore opens and rises up it will have a tiny cap and open eyes, and it will be called a shroomling. A shroomling may stay attached to the parent for up to one more month until it is strong enough, at which point it's fibres connecting to the parent will let go naturally. At this point the shroomling only needs a few minutes to be able to walk. Adolescence lasts 3-4 years and ends in the shroomling becoming a fully grown mouseshroom. A grown mouseshroom will no longer grow or age beyond this point and experiences no natural death.

Mousshrooms are native to Shelterwood, and thrive in shaded forests. They make use of large trees and carve their homes inside.

Mouseshrooms are omnivorous and eat berries, leaves, nuts and small insects for food. They will dry insects and prepare jams for storage for winter.They can also consume meat, large fruits or certain roots, but they only choose to do so if there is no other option. They will never consume normal (non-sentient) fungi as it would be considered an atrocious and morbid act, and a mousshroom will often choose starvation over it.

They live in peaceful tribal villages of a few dozen or hundred members, secluded from the rest of the world. Few are known to be living in the civilized world, usually as pets or company to other beings.

The species is considered a legendary delicacy and as such subjects to poaching. They are also a favoured experiment subject relating to artificial animation. Both culinary and scientific use of sentient beings is prohibited by Dark Land laws. Their home Shelterwood is also a dangerous place for any outsider to enter as well, granting them natural protection.

Mousshrooms are primitive but still considered to be an intelligent species and have appropriate rights and law protections. They are not capable of speech. They can create and use very simple tools and jewellery. 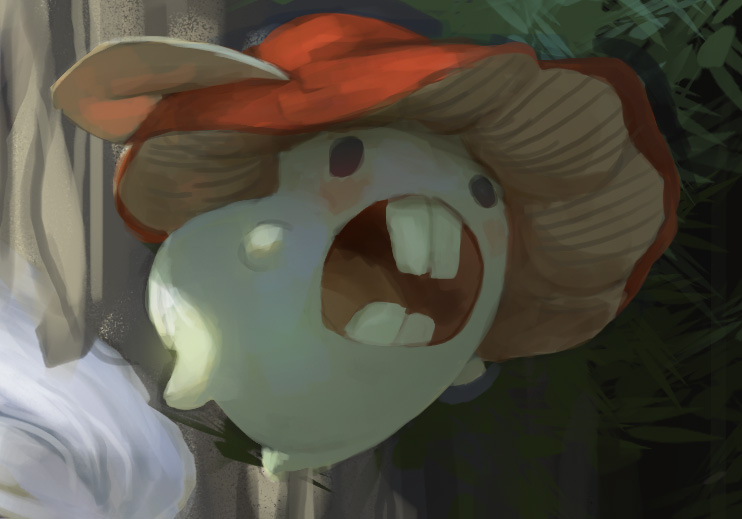 Mousshrooms have primitive small eyes that are entirely black. They can only see up to a few meters in front of them. They are very perceptible to smells and small movements in the air.

Mycosis is a frequent problem of Mousshrooms because the species considers any other fungi species their brethren and refuses to damage them. Those who wish to rid themselves of fungal infections must seek help from the outside world and face exile; this leads to mousshrooms often not taking actions to be allowed to remain in their homes and be largely consumed by such parasitical fungi. This usually leads to an extreme loss of cognitive function and, eventually, death.

Mouseshrooms will sometimes wear crude gemstones on their skin created from the indigenous glowing wispy orchids, or decorate their caps with leaves, petals and other various objects they personally found endearing.

When a moushroom looses it's cap, or part of it's cap and some of it's body, their cognitive functions will deteriorate to the point they are unable to recognise their surroundings, communicate, or self-sustain. When this happens, the village will move them to a special structure resembling a small temple, where they will take care of the injured shroom for the rest of their life.

Mouseshrooms will never hurt other fungi species, even if it endangers their habitat or their life. Individuals who break this taboo will be exiled from all moushroom villages.

Sir Guppen was an appointed knight after its partake in the Valokreen war. In truth it was a witch awarded the title who asked her moushroom companion to be rewarded as well, and the king complied. Moushrooms being a primitive species incapable of fighting or much communication with humans this was an honorary title.

Some moushrooms, especially those exiled, will team up or follow members of other species rather than walk the outside lands on their own. They have little usefulness for others but are often found to be good company and/or just adorable. 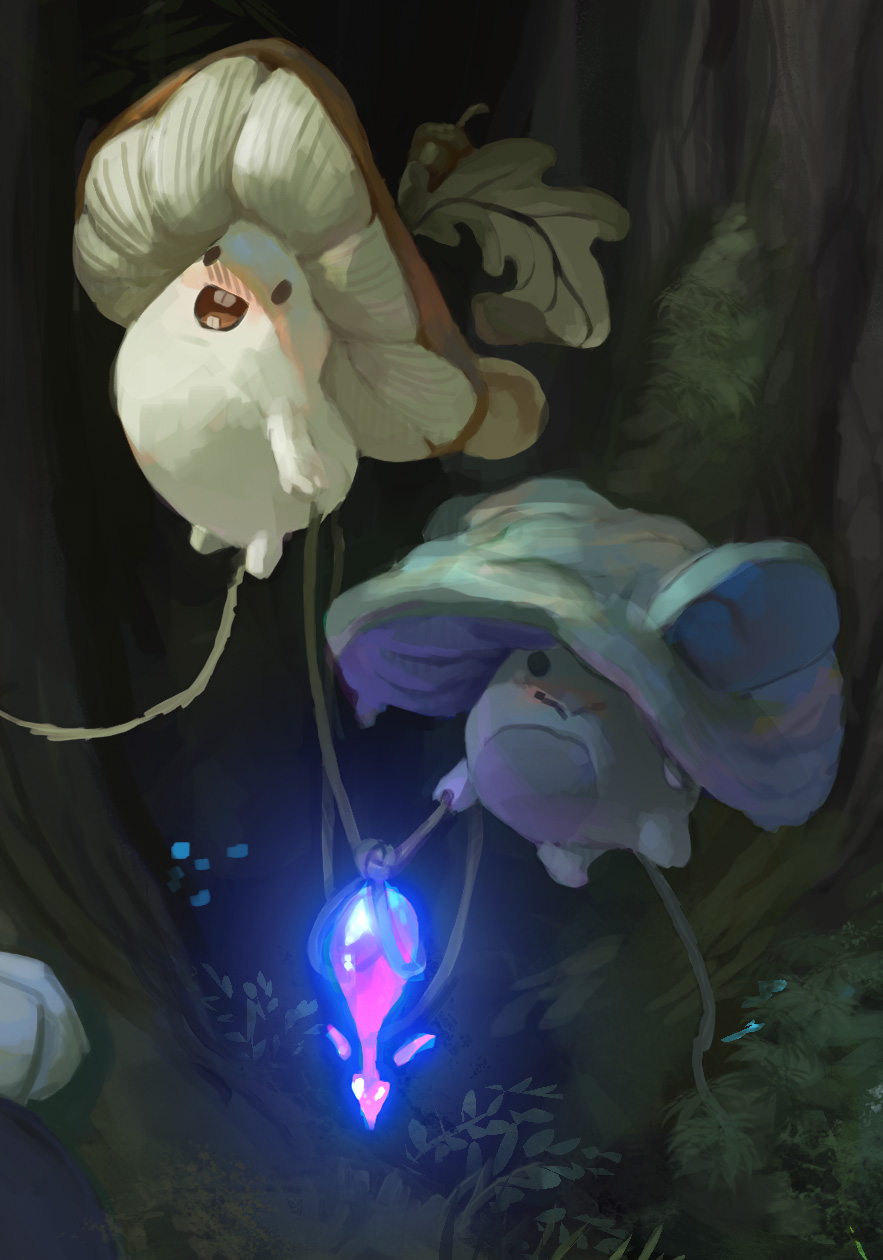 These are a creative, adorable, and amusing species which feels well-thought out and an organic part of their world they're from! You've got a follow from me!   I'd love to hear how they sound, it must be adorable.   A few quotes about interactions with or perceptions of them would be great as well! 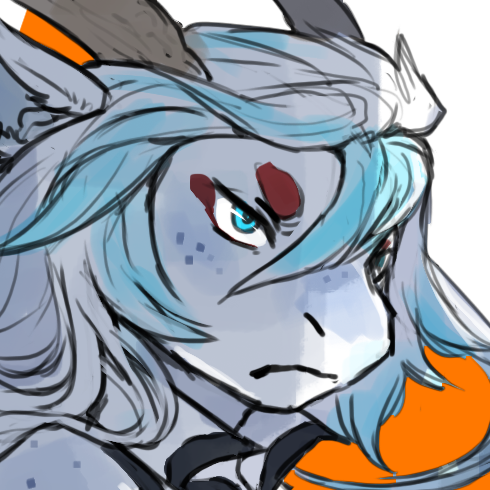 I will be adding some interactions relating to a specific character later, and his experiences in the world, but more development is needed for now.   And they say *squeak squeak*, which means "thank you for the nice comment and follow!" :3