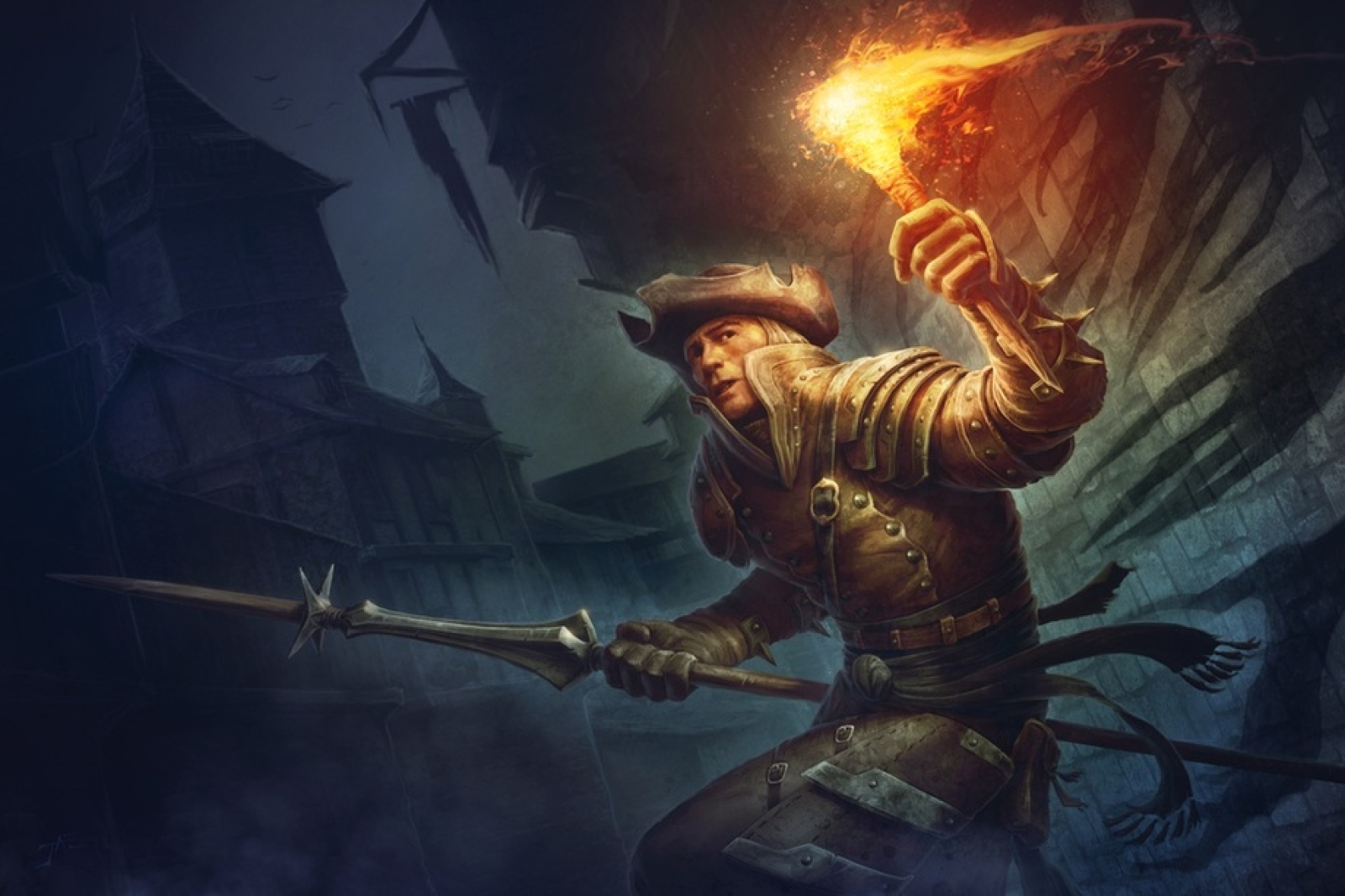 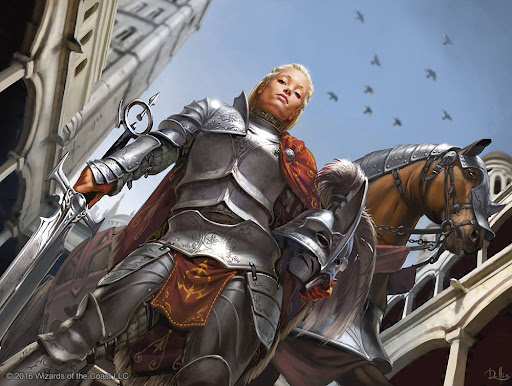 Adriana Captain by Chris Rallis on Art of MTG

The City Watch is an honorable and prestigious organization, tasked with keeping the law and order within the city limits. It is made up of devoted men and women who have sworn an oath to root out any and all crime and corruption that every day does its best to cause death and despair.

"It is an impossibility to rid a city the size of Ptolus City of crime. To believe such a thing is foolishness bordering on madness. What is possible, however, is to keep it manageable. And I would say we are within reach of achieving that..."
— The Commissar of Ptolus, Igor Urnst, about crime in Ptolus.

The City Watch is currently lead by a man named Igor Urnst. He served in the military for about a decade before he was forcefully relieved of duty after receiving a severe leg wound in a border skirmish; thanks to some old friends, Urnst managed to get his leg fixed for the most part, though he still walks about with a light limb.   His experience in the military is something he used to its full extent and he would not let some limb stand in his way. Over the following years, he quickly rose through the ranks, earning himself a reputation of being incorruptible and a devout follower to the law; it is said that his mere presence washed a significant portion of the City Watch clean of corruption. Thus, it did not take long for Urnst to reach the rank of Commander General of the Watch and many would agree that the City Watch is all the better for it; at least if you are on the side of the law.

The guards are usually dressed in uniforms, consisting of a yellow vest over a simple white shirt, all of which is underneath a crimson-shaded coat. A wide leather belt is fastened around their waists, and they pants are of a darker shade than the coat.

The arms and armor issued to Sentinels are leather armor, short sword, dagger and a signal whistle or horn. Other gear is assigned depending on rank, location or duties.

Commander General of the Watch 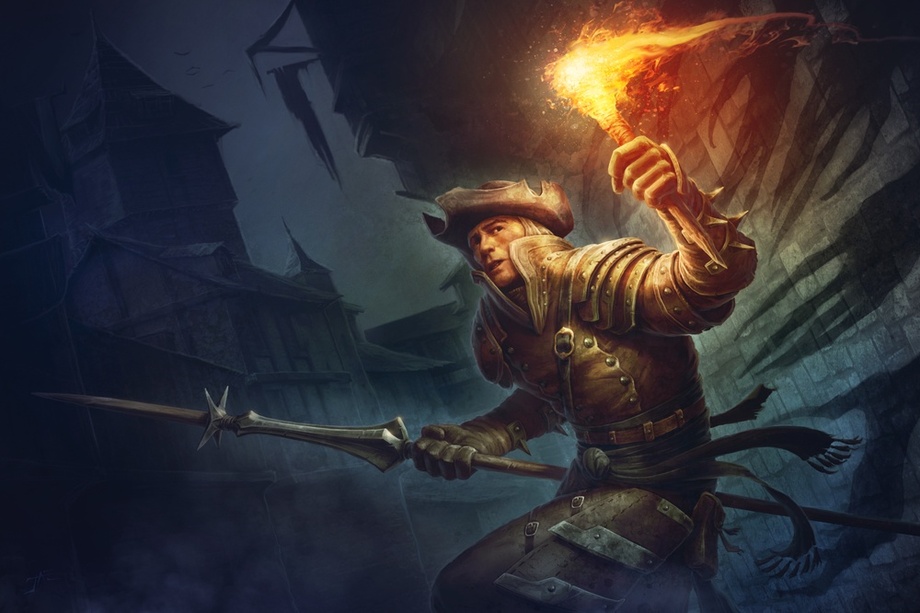 Commander General of the Watch