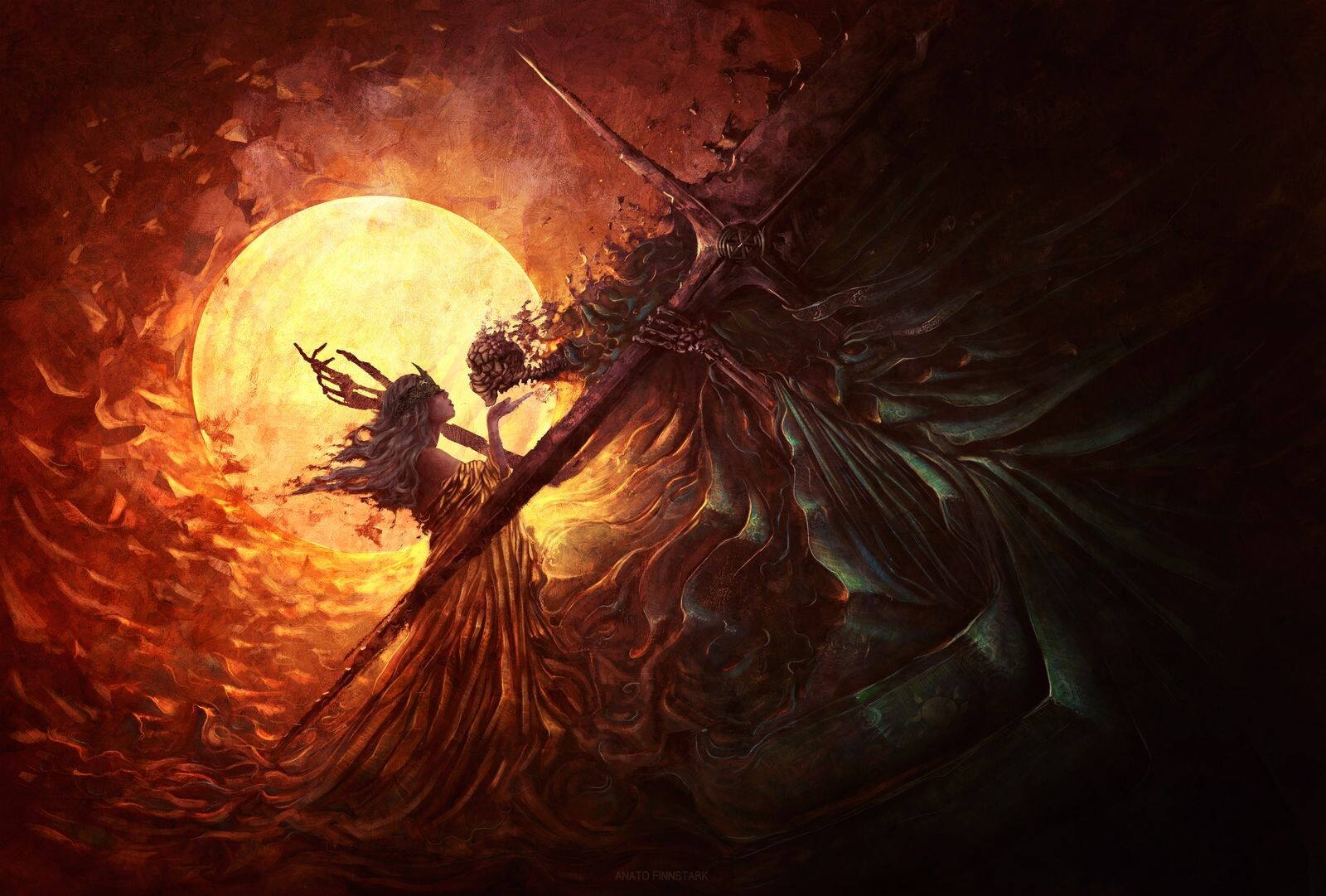 Unlike other Gods, the Stranger does not have a church, cult following, or any organised rituals. The only reason the Stranger is part of the pantheon is that witnesses have reported divine intervention by this entity in hours of great need.

Perhaps the most mysterious member of the pantheon, very little is known about the Stranger. Those that have been helped by him are convinced of his divinity and other-worldliness. It is possible that the Stranger is several beings or mere mortals, for each witness describes him differently. He never seems to be the same race or build. The only common traits are that it is usually a hooded male figure, and that he comes to someone's aid in their hour of need.