One of the younger nations of Oaren, Astahbel is a beacon of unparalleled statecraft and technology. A product of several unification wars on the Isle of Detara, culminating in the Twin Kings Crusade, Astahbel is not only a formidable military power, but also a nation very capable of both careful diplomacy and harsh realpolitik. Unlike most nations, beholden to a single monarch, Astahbel stands out for being subject to a system of two monarchs, one of which is succession-based, while the other is elected democratically; The Radiant and Crescent King, respectively.

Astahbellian society starts and ends with the monarchs; a circle, if you will. The Radiant King (and their family) stand(s) above all, holding power over the top layer of Astahbellian society. Below him (‘clockwise’ of him) are the aristocrats; a title bestowed upon their families in ancient times which hold vast arrays of land, artefacts, assets and of course wealth. Then there are the nobles; families and citizens that have -through either money, power, or glory- earned the respect of the radiant king and distinction from their fellow countrymen. The middle- and lower class citizens are below that. These are the soldiers, traders, miners, et cetera. The circle closes at the Crescent King; chosen by and for the people and holding as much (real) power as his shining counterpart.

The Kingdom was founded around 500 B.C. by Solin Brinwall and his younger brother, Lunor Brinwall, on the site that is now Angelhollow. Competing for the same land as the mighty (but small) Zalon and the xenophobic Tipis empire, the Brinwalls and those that followed them here had to coordinate and struggle to survive from the very start. Tipis in particular had it out for the Astahbellians, doing all they could to ruin their harvests, killing and stealing their cattle and even raiding settlements, regardless of greater ongoing conflicts. When The Calamity hit, Detara Isle and all its inhabitants were shaken. Violent magical energy rippled out across the known world, with the source seeming to be Zalon. What remained of Tipis agreed to join Astahbel, nothing remained of what was Zalon but shattered rock and despair. Much of the subsequent history between 0 and 400 A.C. was lost. The earliest know records after that, from around the year 400 A.C, detail Astahbel as growing once again; slowly but surely. With the discovery of large mithrillium deposits on Astahbellian soil, however, prosperity found its way to the isle. Many of it’s people turned miners overnight, or went into smithing or trading. A golden age had dawned for Astahbel and it’s people. This certainly wouldn’t last, either. However, with working class citizens outnumbering the aristocracy 1000:1 and with better access to education than ever, a political revolution was bound to follow. As the angry citizens marched on the capital, the kings of the time proposed a solution: the crown of the crescent king, who governs affairs important to the common folk, was henceforth to be chosen democratically. Ever since that historic day in 507 A.C, Astahbel has been on the path to glory.

The Astahbellian Pantheon, referred to as The Janus Nine, are all gods with two faces; a side that abides order and a side that revels in chaos. The current climate, enforced from the government in Angelhollow, requires that the 'order' side of each god is considered the main one, while worship of specifically the second face is frowned upon at best. Many Astahbellians are assigned one (or two, depending on how you look at it) of them at birth, which they are expected to both follow and worship in life; Some go as far as having the sign of said divine tattooed on their body or wearing an amulet with said sign at all times. It is said that the Nine give blessings to those that follow their teachings well. Major places of worship in Astahbel (A.K.A. churches and cathedrals) are required by law to be divided into ten quarters; one for each of The Nine, and a tenth for alternative faiths, although many places less scrutinized leave that tenth quarter out. Smaller chapels and shrines may dedicate themselves to only one of the nine. 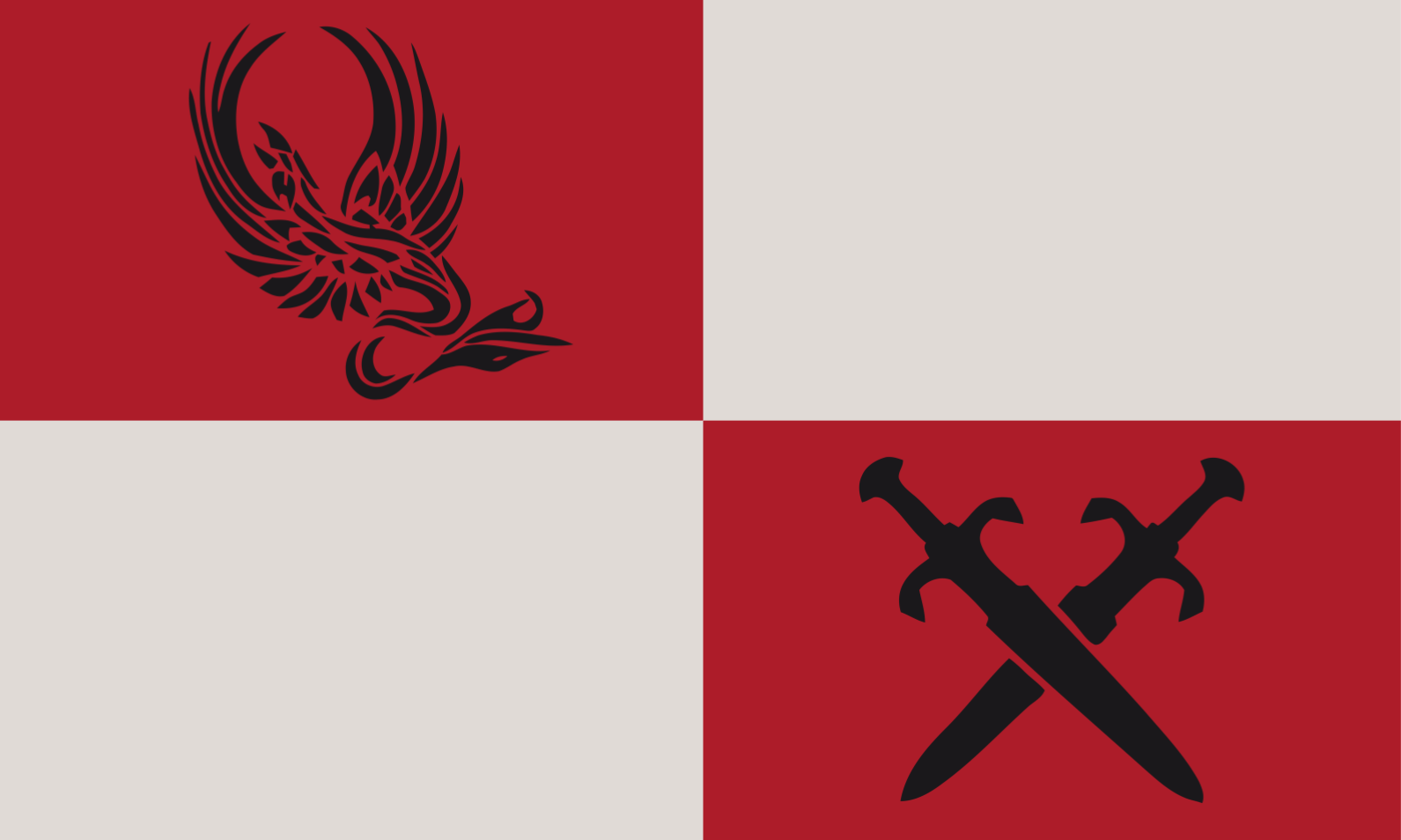 "May two become one!"