City of a Thousand Horrors

No.
— General Celemoth Hanali, in response to an order that he plan and lead a mission to retake Ormithlor.


Ormithlor was once a thriving city located on the border between Esé-Nal and Yol, but was destroyed during the Night of Weeping Stars. Now it is a cursed, horror-infested ruin.


Ormithlor was deliberately built above the ruins of an ancient Naian city, the intent being to plunder the archaeological riches those ruins had to offer. This endeavour was largely successful, and a great number of magical artifacts were recovered and studied. The presence of the ruins and artifacts attracted mages to the city, and the presence of mages attracted more mages, until Ormithlor became renowned for the number of mages and magical organisations it hosted. It became known as the City of a Thousand Spells.

Strictly speaking Ormithlor was located in Esé-Nal, and to begin with this was true in deed as well as law. As time progressed, however, the city's prominence grew. It became a renowned centre of magical learning, prompting mages to travel from across the continent to study and work in it. Its close proximity to Yol meant that many halflings came to live in it too, mages or not. All of this made Ormithlor vastly more diverse than most Nalae cities, and increasingly its populace felt disconnected from the nation that their city supposedly belonged to. As these sentiments increased, and Ormithlor's power grew, the city became increasingly diverged from Esé-Nal. While taxes were still (mostly) paid the city's rulers started to ignore Nalae laws that they found inconvenient. The City of a Thousand Spells eventually became an independent city in all but name, though it still paid taxes to Esé-Nal and ostensibly swore fealty to the First Prince.

As well as elves, haflings and mages, the city accumulated a sizeable population of Ramag, who effectively took over a district of the city. In 1243 PC (218 AR) the city's rulers granted the Ramag enclave permission to attempt to construct one of their obelisks within the city walls. This was an ambitious project that, if successful, would be the first time the Ramag had managed to replicate the creation of their ancient ancestors. Construction was still incomplete when the Weeping occurred.

Main article: Night of Weeping Stars
In 1245 PC (220 AR) a large warband from the Drorec Tribe of goblins invaded the region surrounding Ormithlor via the Underdark, seeking to conquer the city and plunder its countless artifacts. Their initial assault was repulsed by the city's arcane defences, but the goblins were persistent. During their second assault on the city something happened to trigger a calamity. Great blasts of eldritch energy fell on Ormithlor and its surroundings, turning the region into a corrupted wasteland. Ormithlor was reduced to a blasted ruin that has since become filled with horrors. This event became known as the Night of Weeping Stars, or just the Weeping, and Ormithlor was rechristened the City of a Thousand Horrors. 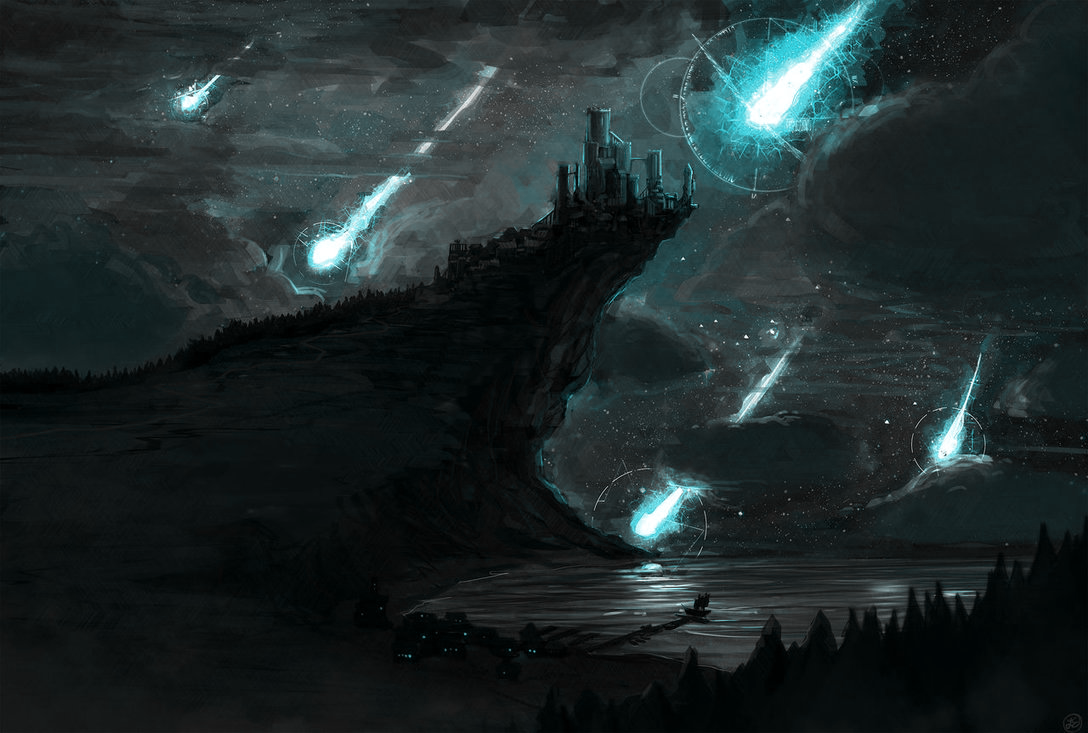 
As the centre for the Weeping, Ormithlor was even more heavily affected than the rest of the Desolation. The buildings that are left are broken shells, and the very ground that the city stands upon has been shaped and split. Reality is even more damaged than in the rest of the region, and it has been reported that both time and space behave very erratically within the city's walls. This seems to have made the city a beacon for the nameless aberrations that roam the Desolation, and they can be found here in greater numbers - and more horrifying forms - than anywhere else.

The lake that Ormithlor was built overlooking was affected too. Its waters glow an ethereal green, and unseen horrors lurk in its foul depths. Very few people who have ever braved the lake made it out alive - or sane - and they have all been unanimous that no one should try to repeat their folly.