Mercurial and peevish if not for her grounding connection to Shad'oli as his familiar. Has a great love of all things sugary and fangirls over anyone making such confections. If allowed to consume a large meal is likely to become comotose for several hours to sleep it off. 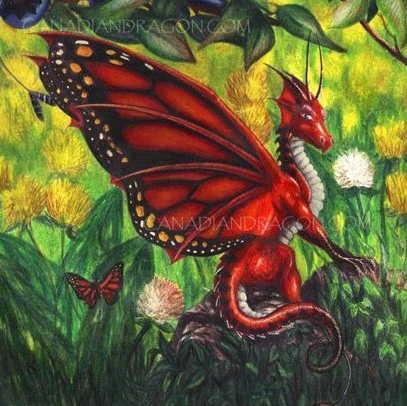 Superior Invisibility, as a bonus action Caranlos can turn invisible until her concentration ends, any equipment she carries also becomes invisible   Limited Telepathy, Caranlos can magically communicate with any other Faerie Dragon within 60 feet   Magic Resistant, Caranlos has advantage on saving throws against spells and magical effects   Innate Spellcasting, DC13

Bite. Melee Weapon Attack. +7 to hit, reach 5', one creature. Hit: 1 piercing damage   Euphoria Breath (Recharge 5-6). Caranlos exhales a puff of euphoria gas at one creature within 5'. The target must succeed on a DC11 Wisdom saving throw, or for 1 minute, the target cannot take reactions and must roll a d6 at the start of each of its turns to determine its behavior during the turn: 1-4. The target takes no action or bonus action and uses all of its movement to move in a random direction. 5-6. The target doesn't move and the only thing it can do on its turn is make a DC11 Wisdom saving throw, ending the efect on itself on a success.