Isbane Frostchile (ˈizˌbin frôstˌCHīld) is an openly pansexual Polar Hunter from Talica, Blakesmouth. He currently resides in Moroznograd for their help in climate control, but also for his deep hatred of cold environments.

Isbane is afflicted with Terathropy, basic werewolf knowledge in your world. His Terathropy is on Polar Giants, so he would be bigger and bluer when he shifts. It doesn't do anything really, he still wheezes when he runs and can do a handstand split with no help.

Isbane's body is something you see every day: average. Pudgy, though he can still pull his weight. Under his clothes are swathes of ink, rivalling some of our best pieces. He's also quite tall, but his Terathropy is a literal giant.

Isbane gives his life to his Terathropy, granting powers like cryomancy, or personal A/C.

He can do weird stuff to crystals since he gained power, like grow it on a sword or unleash its hidden potential.

Isbane learns pyromancy as an elective in Hep C, specifically not to burn himself and burn the less fortunate.

Isbane loves to represent his pride. He enjoys leather, latex, lycra, linen on off-days, and all things accompanied with small metal studs attached to a collar, the most signifying of that collar is a ring forged from fire.

He still wears a collar, but he decided that wearing starchy red pants and his hair coloured parka.

In displays like our golf, he would wear a black polo and a red belt. He considers it his prime look in events. There are competitors in the Black Marble strictly wear black and it is inappropriate to wear the same colour as your competitors, with that in mind, he has alternates. When four people wear the same colour in different teams, the fighters roll two blessed and fuzzy rocks on even ground. The highest roll stays that colour and the others have to pick their secondaries. So when Isbane cast his rocks and lose, he would choose either red, slate, or white polo.

When he awoke, his body wasn't the only thing that changed. His flaming sword looks to have seeped into a vat of blue rock candy and now bigger. It can cast both things from Pyromancer and Cryomancer

Isbane was born in Talica, Blacksmouth. He graduated from the Hephaestus College of Mechanics, a trained forger, and a prominent member in the Blacksmouth's Tanner community. He later moved to Moroznograd, the land of Ice, to help balance their cold heat cycle. Isbane is more active in the mornings for work, and the nights for leisure, he's pretty much dead in the afternoon.

Isbane was a Human back in Blakesmouth. Human mother. Human father. But somehow mixed with the blood of a Jotunn, Frost Giants. He still retained his human form, but he turns into a Polar Giant every night. Though that might be hyperbole, I haven't seen him change into that big blue beast once a week, maybe every other?

Frostchile is a graduate of the Hephaestus College of Fine Arts, where he received a bachelors in Monster Hunting.

Isbane is currently a trained hunter in Moroznograd, usually seen taking tasks from an underground bar dubbed the SubZero. If you want to employ him in any capacity, you can find him at the back of the bar. Don't mind the smoke, that's how the bar regulates heat, or so I heard from the barkeep.

It was during a hunting trip in Blakesmouth, Isbane is cleaning his blade. A being in black armour is riding his feathered mount just in the distance. He murmured to himself that he was "just a knight" and continued to clean his blade. The knight pulled up toward Isbane and ask if he has a word. There was no reason why Isbane wouldn't say anything that would be a problem and he obliged.   "Fair hunter," His voice was valiant and fairly compared to your German accents in medieval ages.   "Thy name is Cyrillox. I came here on for a personal request for you and you alone."   It wasn't that uncommon for a knight to give someone a personal request, they're usually errand boys to forgers ordered by the majesty.   "Whatever is the request?"   His voice faltered a bit. "I-I came to ask for your wisdom on the hunt. We are the knights of Blakesmouth, sworn to deliver weapons to those who need them. Lately, there has been a scourge of nightmares in the Iron Forest that are leading travellers astray." The knight paused to collect his thoughts. "I ask you for your assistance on this matter as you are an excellent hunter that I learn plenty from, and would be honoured if you serve the Blakesmouth Guard"   "Plenty?" Isbane perked up after doing eye pilates. "May it be alright if I test you on that word?"   Isbane stood and strolled toward the forest clearing. "If you can amount more kills than me, then that should be plenty, fair Cyrillox"   The guard was astute as a statue and nodded at his request as they travel to the Iron Forest.     Throughout the day, the battle between the knight and the hunter became fierce. Isbane taunted with his score as Cyrillox adapted to the situation at hand. The two were a lively bunch placing scores of difficulty between each shot and briefly forgot about the Nightmare plaguing the forest. Briefly. They ran into them and the time was grand. Dusk reared its head as the two set up for camp. Cyrillox, luckily, has the assets needed because of his status and took no time for a fire to start.     Isbane sat down next to the knight and share their victories to the moon above. The crickets start their symphony as it is just Isbane and the Knight. Isbane was full of excitement about the day, and about Cyrillox as well. He took a glance of his furred body out of his armour, his face flushed with thoughts of their day together. He never felt this way with another person, not even anyone in his guild. Isbane looks into the knight's eyes, who has the same glare as him. They both look away from each other and fix their gaze to the fire as the crickets play on to the moonlight.     Water goes down Isbane's head, thinking thoughts I'd like to say most humans would think. "What is this feeling? Is this wrong? How would the guild react?" A sweaty hand touched his cold clammy hands, stopping those thoughts as if it was just a lifetime. Isbane looked up as he sees the knight look at the fire, nervously fighting the urge to look at Isbane. It was a nervous kiss. Isbane never kissed someone before, let alone a guy. Before the whole were-jotunn thing, Isbane is a bulky figure that and can stomach the gruesome horrors in hunting, but this kiss ... this damned kiss of the summer's sun ... made him face the otherworldly beast he feared to face and had yet to beat, affection.

Let me recount an odd tale about Isbane. He was meeting up with someone he knows inside a crystalline cave, next things next, he woke up in a sweat with the skin of ashen snow.

Isbane adheres to what the laws in each land requires and considers himself as the leader's second banana. He is an average liar at best, but have no good reason to lie unless under direct orders from his guild.   Isbane is confident in himself and his actions, so he would consider himself attractive, but that really doesn't matter in a fight.

He is stoic, astute, and shares my philosophy on fair love, which is to love one another regardless of who they are or what everyone else thinks. Isbane believes that hunting should only be done when needed, he wouldn't kill a creature just for no reason, especially in a presence of a passive spider. On the other hand, no mercy goes to his opponent if they struck the first blow.   Isbane has a hard time trusting people, even emphasized ever since his Terathropy, given to him by a partner he trusted.

To think that someone you know afflicts you with a disease as horrible as this. I might have a hard time forgiving that man but maybe I should bury the hatchet.
— Isbane to himelf

He abides by the law and code of his hunter guild, even if the majority does not. Isbane does what is needed to be done because it is an obligation for his guild, though he would rather not come to violence when facing creatures that are not his prey.

Isbane is into the high-tactics, humourous, and quirky game that is Golf. Black Marble Golf, not Earthen Golf. It is like your golf, but in a different environment, with more hazards, and superpowers. His golf attire is pure black with a fizzy shine in bright light. While he does practice in Morozko Mountain in the cold, and reminiscent of the scalding iron greens in Forge Falls, he has a soft spot for the steaming mists of Pan Grove.

He wastes no time with arrogant people and would simply ignore them. If they're persistent and would mess with his friends, however, they would be whisked away to the white marble by Isbane's blade alone.

Other than the fact that he is not as trustful, Isbane does dabble in stockpiling materials for the upcoming apocalypse which would come any minute now. He believed it since he was a toddler.

For a man of his calibre, he benefits from being sanitary. He's one of the cleanest men you would meet if you don't mind the cigar smoke.

Theluji is a winter priestess, Ritekeeper, and Milk Clothed in Moroznograd. Their relation is a bit iffy, but he can tolerate Theluji's incessant talks of purity and whole.

Currently, he is devout to the ideals of Luxor, the entity of lust. A belief in the pleasures of blood and flesh. Many things my sibling would say that I wouldn't say here.

He tends to speak low and brief.

Isbane leaps toward the scene. His crystallized blade whirrs as he cuts through the opponent, head to toe. The blade goes red as the flames inside the crystal arch his attack, alternating between the freezing exterior and the burning interior of his blade.

Ultimate Attacks: the one with the scenes

Isbane prepares his blade as it plunged to the ground. The sword inside glows white as a multitude of crystals jut upward, as do the opponent during impact. As the crystals arose and the opponent falls, Isbane turns his blade, detonating the ice to explode just as the creature is embedded in its spikes.

Waltz of the Damned

With his blade by his side, Isbane yelled a determined roar as he slashes his opponent like a flying latex disc. Though after the flurry, he slams his blade as it shatters on the ground as well as the opponent. 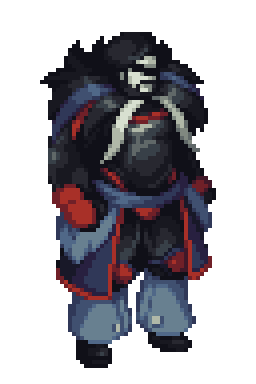 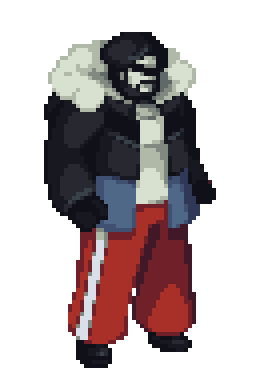 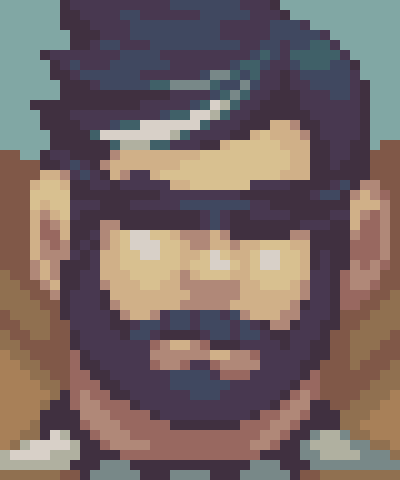 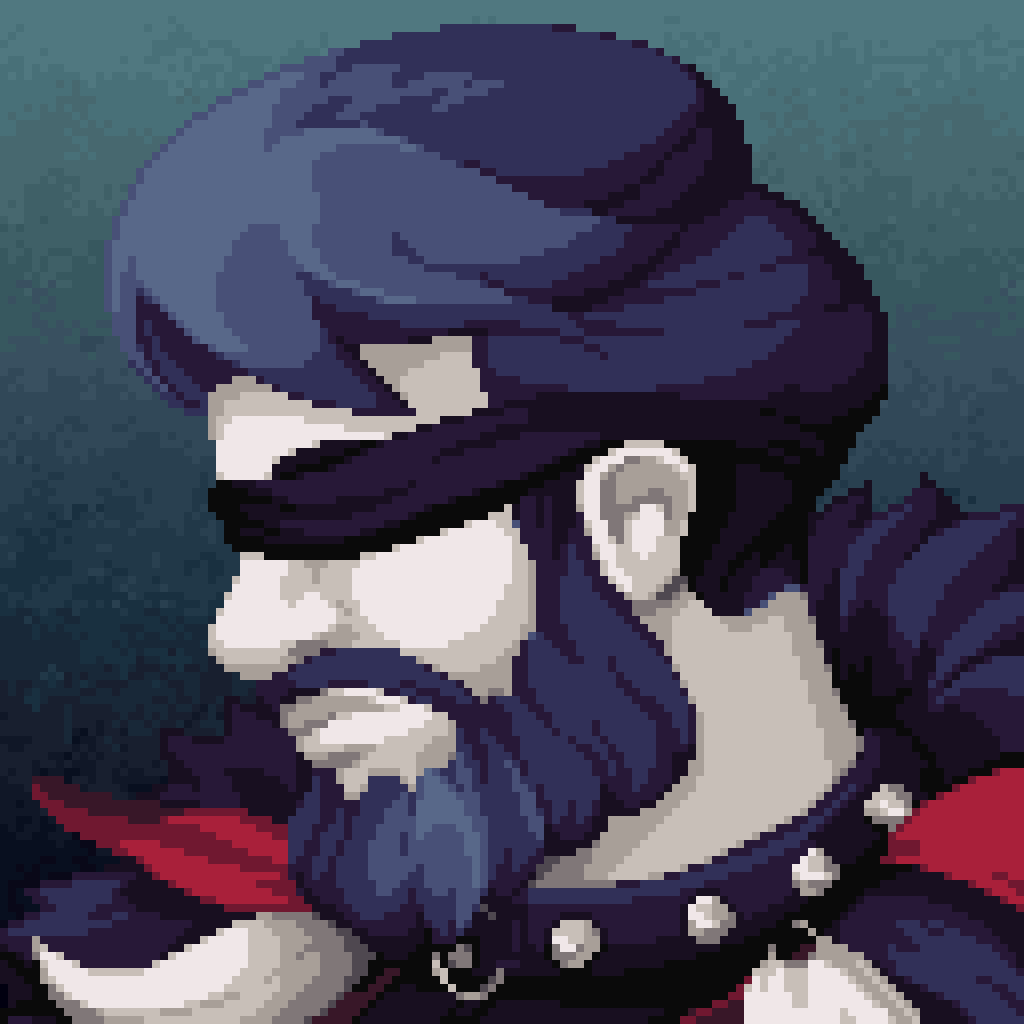