When one meets a particularly friendly traveller along the road and is invited to come to their abode common wisdom dictates that one should greet them in every language they know. For when the traveller can answer in every language he must have the curse of tongues, which means there is danger afoot. One then has the choice to either politely refuse the offer and hope that their fellow traveller doesn't insist further, or to follow them and make sure to destroy the entirety of the cannibal's nest.

The curse is a protein disease is caused by coming into contact with blood that has been allowed to ferment for a few days. This is often done by people who have a disposition towards cannibalism. These people superstitiously believe that drinking grog made from the blood of a skilled orator transfers those skills over. While this doesn't works the curse of tongue does give them the instinctive ability to know every language that is spoken to them. However their condition also forces them to always respond back whenever spoken to. This quirk has saved many a wise travellers's live.

People who suffer from the curse of tongues are watched with extreme suspicion, if not slain outright. Even if they are allowed to live in or near civilised society people suffering from the curse of tongues are mostly ostracised from the rest of society. For it is quite rare for someone who doesn't participate in cannibalism to accidentally contract the curse of tongues. However it can happen when consuming contaminated food. Sometimes a farmer might harvest his crops shortly after a battle has been held on his farm without cleaning any of the blood or guts. If the consumer then doesn't carefully washes the produce with hot water they might accidentally consume some of the fermented blood and contract the curse of tongues.
Type
Prion
Origin
Natural
Cycle
Chronic, Acquired
Rarity
Extremely Rare

Answering: "a medical condition which is feared by some"
Visit Basinox's Competition Page Check all other answers to this prompt Competition Homepage

I went on a chase of all the SC condition articles listed as "Prion" and yours is the only one that mentioned things like being a protein alongside being transmitted by infected food, well done!   Nerdyness aside, I like the twist that the affected person needs to respond and how you go into detail about the cultural reception.   I found two small typos, in case you want to fix them: it says "quiet rare" instead of quite rare, and "costumer" instead of customer :) 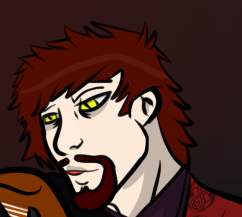 Glad you like it! and thanks for the tips, I have fixed them now ^^