Mato-Junja is the traditional religion of the Ru-Visha, found in eastern Kairos. It is a faith system built upon concepts of animism, sacrifice, and

The gods of Mato-Junja are seen as immensely powerful spirits that are to be appeased, lest their wrath befalls on mortal kind. They are typically divided into three categories based on their general spheres of dominion and the realms that they inhabit

The Ladies of the Moon

The Ladies of the Moon are a set of female deities said to rule over the Moon Villages. Most women that follow Mato-Junja worship this set of goddesses, and their priestesses use the stars and the moons as signs in their divination.   Toha-Kume, Mother of the Stars - described as a beautiful woman wearing clothes made of starlight, pouring water out of a vase, Toha-Kume is the chief goddess of the Ladies of the Moon; her primary domains include the night, the moon, the stars, fertility, prophecy, tranquility, and patience; she is very motherly in appearance and personality, being generalized as a goddess of motherhood; however, this does a disservice to her behaviors as a very dangerous and formidable goddess   Whetu-Utunui, the Precious Star - described as a woman with a shawl that glows in the dark, Whetu-Utunui is the handmaiden of Toha-Kume; her primary domains include hunting, medicine, and guidance; she is heavily associated with Manene, one of the brightest stars in the night sky that is used by many for navigation   Huka-Wahine, the Lady of Waters - described as a woman with white hair, Huka-Wahine is the goddess of the wet season; her other domains include ice, cold winds, and the southern islands   Kume-Marama, the Night's Steed - described as a great turtle, Kume-Marama is an ancient goddess responsible for pulling the moons across the sky; her primary domains include the moons, wisdom, fortune,   -

The Lords of the Underside

The Lords of the Underside are the main set of chthonic deities, embodying the negative aspects of nature such as diseases, warfare, strife, and death. They are worshiped as wardens of the evils found within the seas.   Kiahi-Kehe, Great Lord of the Underside - described as a piscine man with black and green scales and wielding a harpoon, Kiahi-Kehe is the chief god and ruler of the Underside; his primary domains are hurricanes, floods, fishing, death, plagues, and justice   Kamau-Mahina, the Dweller in the Depths - described as a human woman with ink-stained, and wearing a dress made from squid tentacles, Kamau-Mahina is the wife of Kiahi-Kehe; her primary domains include strife, chaos, hysteria, obsession, and mania   Hanga-Mutunga, the Builder of Fates - described as a squid-like figure with black and blue skin, wielding a rope or chain, Hanga-Mutunga is one of the few beings born of the Underside to willing join the gods; his primary domains include magic, mystery, destiny, the depths of the seas, squids, and ink   Maunu-Paea, the Stranding Bride - described as a beautiful woman with the bottom half of her body being jellyfish tendrils,   The Kakagow - described as a beast with the body of a snake, the maw of a shark, the mane of a lion, and the claws of an alligator, the Kakagow is a divine creature first mentioned in the tales of Sako and Wijo as an antagonist that threatens "the Heart of the Sea"; he is the god of predators, hunting, and butchery

In the beginning of time, there was only the heavens, the night, and the seas, and almost all of the gods were happy with the way the world was at.

The Mahi Cycle is one of two literary cycles that are heralded as religiously important by followers of Mato-Junja. This cycle follows the Mahi family, which is said to come from Mahi-Orate, a Heavenly goddess. Figures such as Mahi-Rotuju, her twin sons Sako and Wijo, the warrior-poet

Full article: Mahi-Rotuju   Mahi-Rotuju is one of the most notable figures in both Ru-Vishan history and religion, recognized as a legendary warrior-poet descended from the goddess Mahi-Orate. Stories that she appears in

Full article: Sako and Wijo   One of the most notable stories in the Mahi Cycle is the escapades of Sako and Wijo.

Parakore, described as "the Heavens", is a realm found among the sky, and is home to most of the gods, including Ita-Guhi, the Serpent of the Sun, Mahi-Orate, and

Taimaiti and Whaea are the Ru-Visha names for the twin moons of Auvus, which are more commonly referred to as Dirm and Corese by the Morcidians. In the beliefs of Mato-Junja, the moons are believed to be home to two other villages. Ruled by the Ladies of the Moon, the Moon Villages and their respective entities are a tier below those in the Heavens, but still regarded as powerful goddesses of healing, life, guidance, and the stars.

Mohiotia, commonly called "the Underside", is a realm said to be found at the seafloor. It is described as a realm of darkness, where no mortal eye is able to see anything on its own.

Followers of Mato-Junja participate in ceremonies that involve sacrifices, namely burnt offerings of crops and livestock. It is said that the ashes of the burnt offerings ascend in the sky and meet the Heavens and the Moon Villages. In cases of immense turbulent weather or plague, they will perform seaside offerings, in which livestock is driven off a cliffside and into the sea, as to appease the gods of the Underside.

Priests of Mato-Junja, called Panu-Rangi, are responsible for managing sacrifices to the gods, from burning them to tossing them into the sea. They also are said to have the power to divine knowledge from the gods, namely through one of three ways: slaughtering animals, observing animal behavior, and . Particular subjects divined of depend on the animal involved, typically distinguished by their association with one of the three divine realms: the heavens, the moons, and the seas.   Divination through reading the running blood of slaughtered animals is also called. Panu-Rangi use a special ritual knife, typically made of polished metal or glass, to slaughter an animal, then watch its blood run from the wound.
Type
Religious, Organised Religion 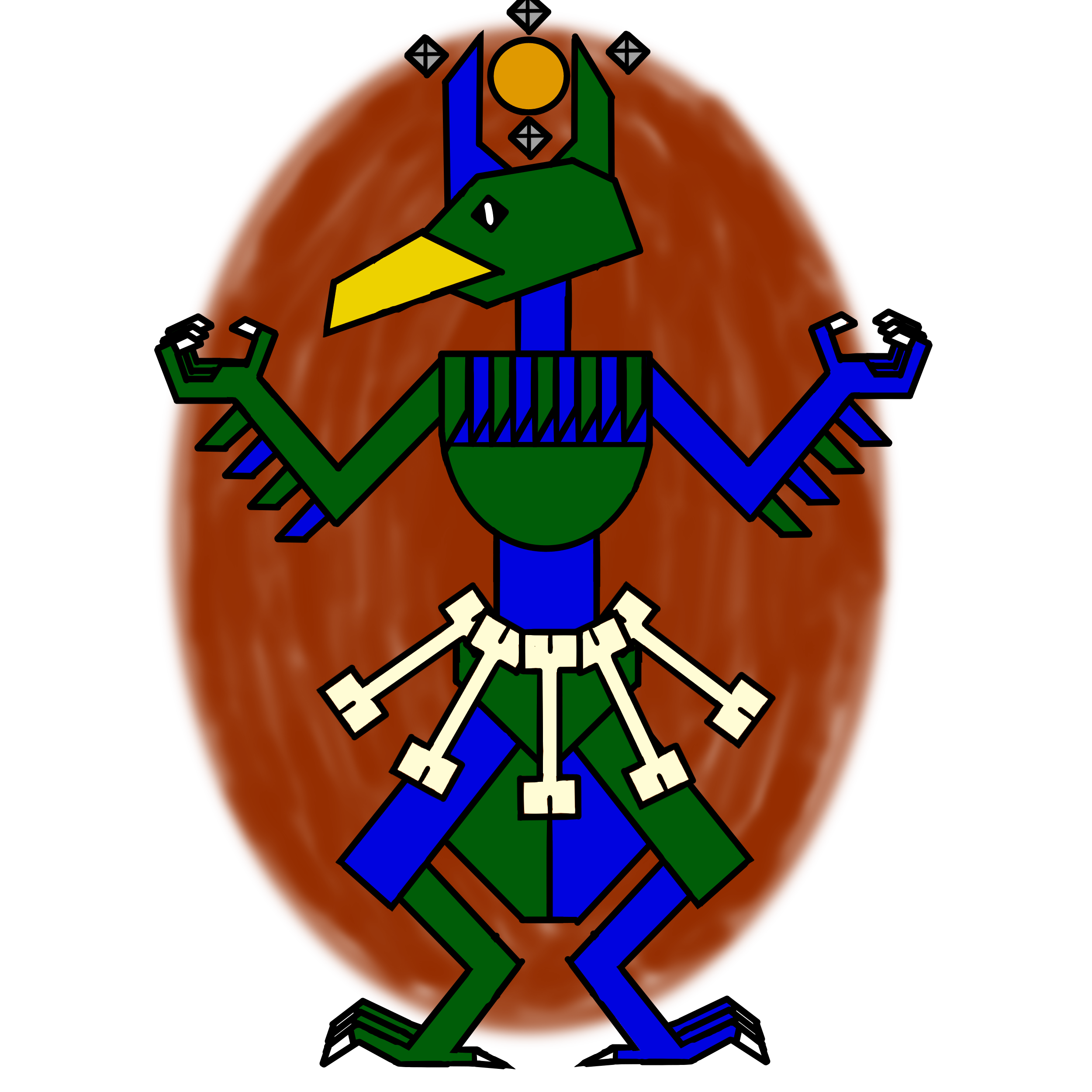 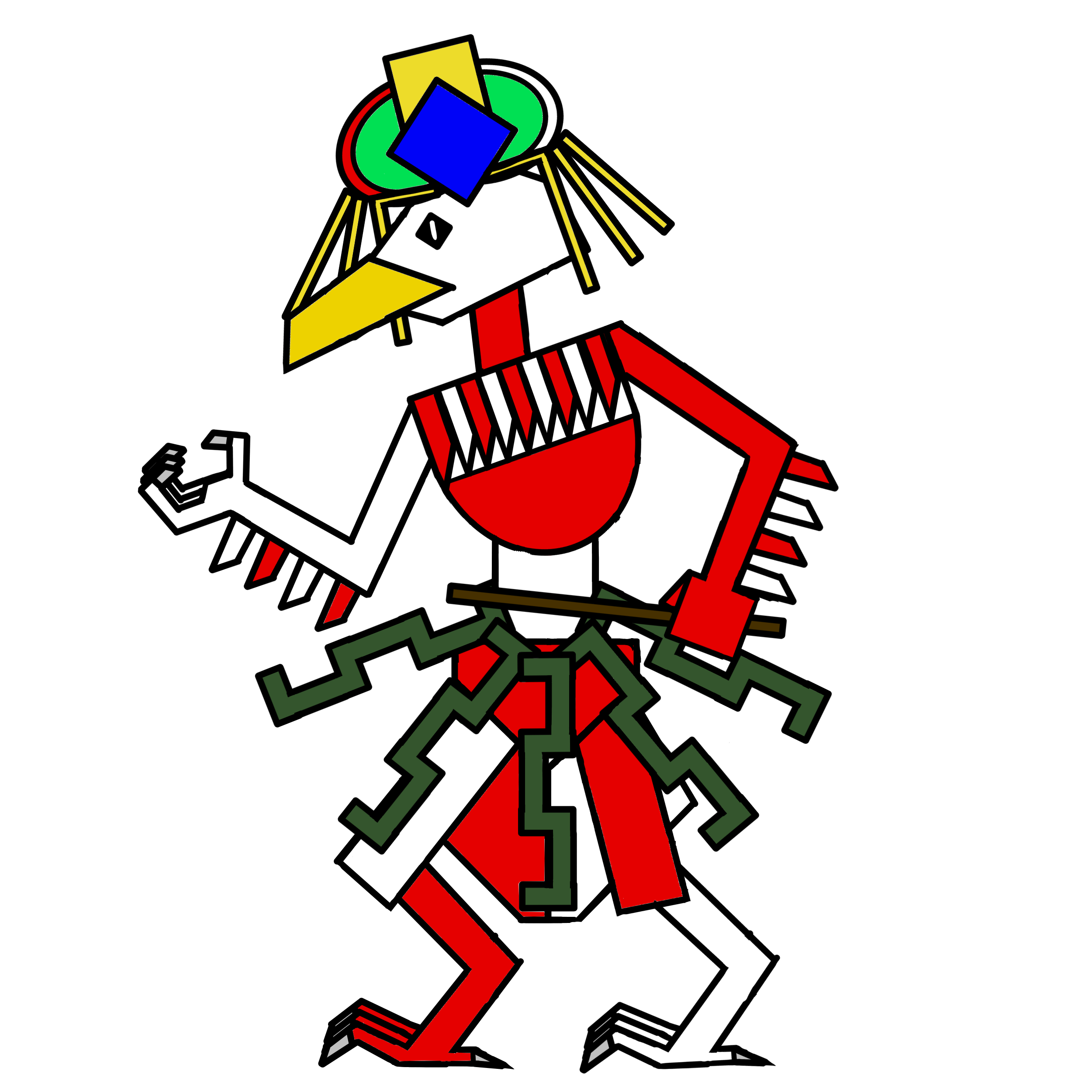