As mankind began to spread out among the stars, they had to rely upon naturally occurring Faster Than Light Travel routes through space provided by wormholes. While traversing these phenomena greatly reduced the time to travel through the cosmos, it limited the potential routes and destinations. Also, a ship departing Earth would have to travel for almost ten years to reach the nearest wormhole. Once they exited on the other side, these early pioneers and colonists would have to travel another three to five years to reach their destinations traveling at nearly 80% of the speed of light using fusion engines.

A revolution came about in 2247 when an international coalition of physicists and engineers, funded by a number of governments and powerful corporations, developed from hypothesis to tested theory a method by which mankind could create their own wormholes. With this new technology - dubbed the Singularity Drive - mankind was no longer at the mercy of naturally occurring space travel lanes.


Before the invention of the Singularity Drive, the journey from Earth to the first colony world - Eden Secondus - took almost fifteen years. This was always a one-way trip. With an SD equipped jump-ship, one could make the trip in a little over four days. This moved the interstellar mining industry overnight from a pipe-dream to a reality.
From The Interstellar Land Grab: A History of Galactic Mineral Rights Exploitation by Edmund Thomas; 2385


Singularity Drives operate by utilizing enormous amounts of stored energy to create two overlapping fields of electromagnetic energy in front of the ship. These fields are then collapsed as more energy is poured into them, creating two artificial singularities that share a portion of their gravitational fields with each other. One of the singularities is then propelled with an intensely focused beam of electromagnetic energy with an opposed polarization to the original containment bubble. This pushes the second singularity across space at super-luminal speeds only possible for such a point of nearly infinite density. (This is an overly simplified explanation, as there are a number of other factors at play during the process; such as quantum entanglement.)

As the distance between the two singularities grow, the shared gravity field between the two stretches to create an artificial Einstein-Rosen Bridge - the interior portion of a wormhole. The magnetic bubble containing the nearest singularity is then expanded, opening the mouth of the artificial wormhole to allow the ship to pass through. Within moments of the ship's passage, the wormhole begins to close behind it. Once inside, the ship must continue at full speed or risk being crushed by the contracting gravity well that is collapsing behind it.


Because of the enormous amount of energy required to generate two electromagnetic fields strong enough to create an contain two singularities - not to mention the energy to propel one of them light years across space - jump-capable ships must have banks of giant capacitors to store the energy required to open a wormhole. The amount and size of fusion reactors necessary to have this kind of energy available on-call would be prohibitive from a standpoint of cost, size, mass, maintenance, and danger to the ship and her crew. 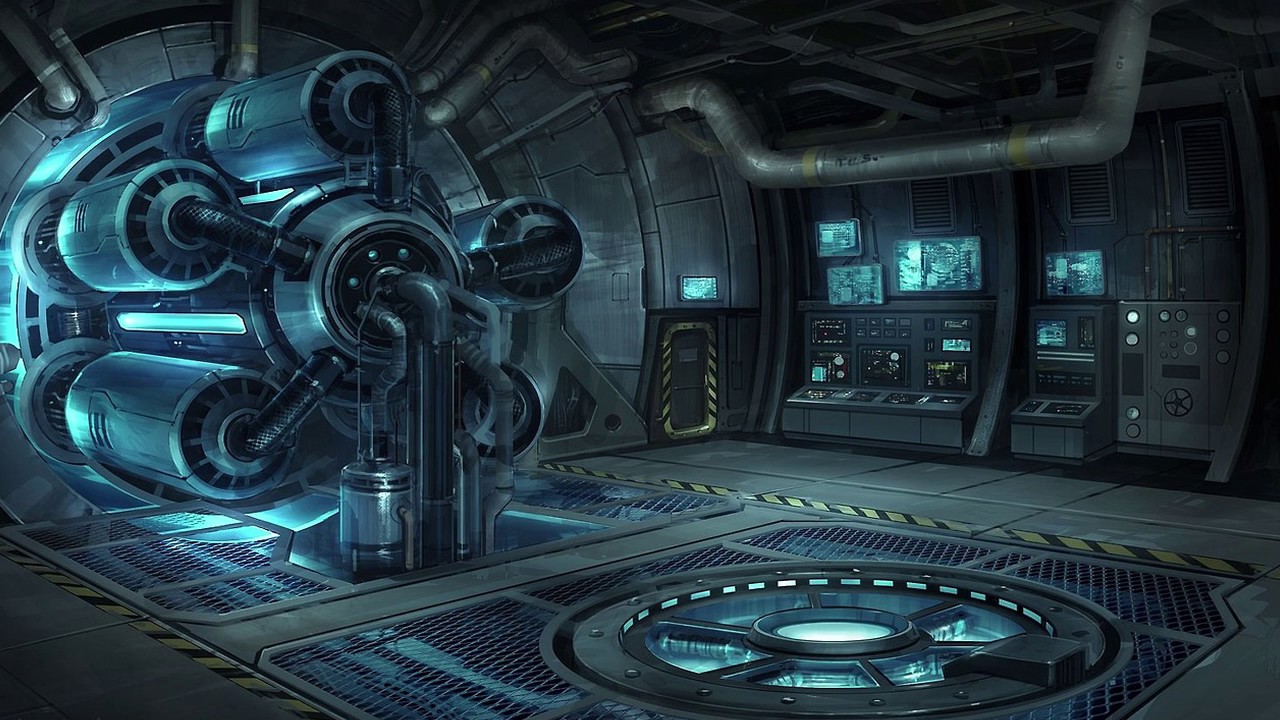 Because no ship could ever need the amount of energy required to open a wormhole for any other purpose, instead a portion of the energy produced by the ship's reactor is fed into banks of capacitors the size of large automobiles. Depending on the size of the ship, there could be hundreds of such capacitors each clustered around the various electromagnetic field generators that are part of the Singularity Drive.

When the drive is activated, all of this energy is used to create the wormhole. After making a jump, they must be recharged before the drive can be activated again. Many variables go into how long this can take, the most important of which are the mass of the ship and the distance of the next jump (longer bridges require more energy). The shortest amount of time could be a few days, but the average recharge time for a Singularity Drive is seven to ten days. 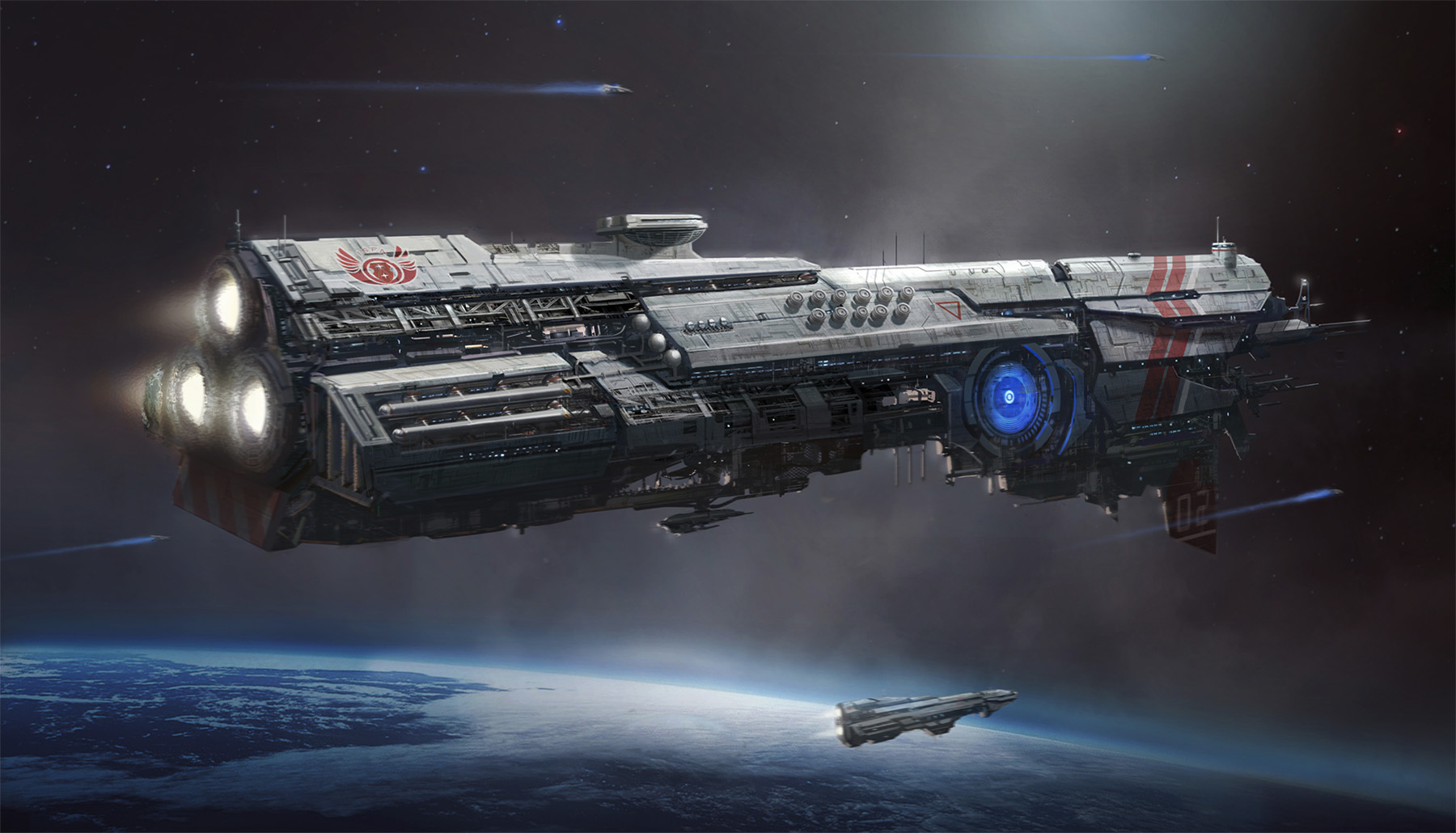 A final consideration that will lengthen the duration of most journeys is the fact that standard safety protocols exercised by almost all governments dictate that the entry and exit points of any artificially created worm holes should not be created within 5 A.U. from the outermost orbiting body of a solar system. This means that once a ship arrives at its destination, it still must travel for several days to a week to reach the planetary body it is destined for. Likewise, the ship must burn under traditional power until it clears the origin system before initializing the Singularity Drive.


In 2242 - almost 100 years after the development of stable fusion technology (More coming soon) allowed mankind to step out among the stars - an international coalition funded by a variety of world governments and private corporations set about discovering a way to get from one point in space to another without relying on naturally occurring wormholes. Given that Faster Than Light Travel had thus far only been shown possible using this phenomena, the gathered physicists and engineers worked to develop a way to create an artificial wormhole. 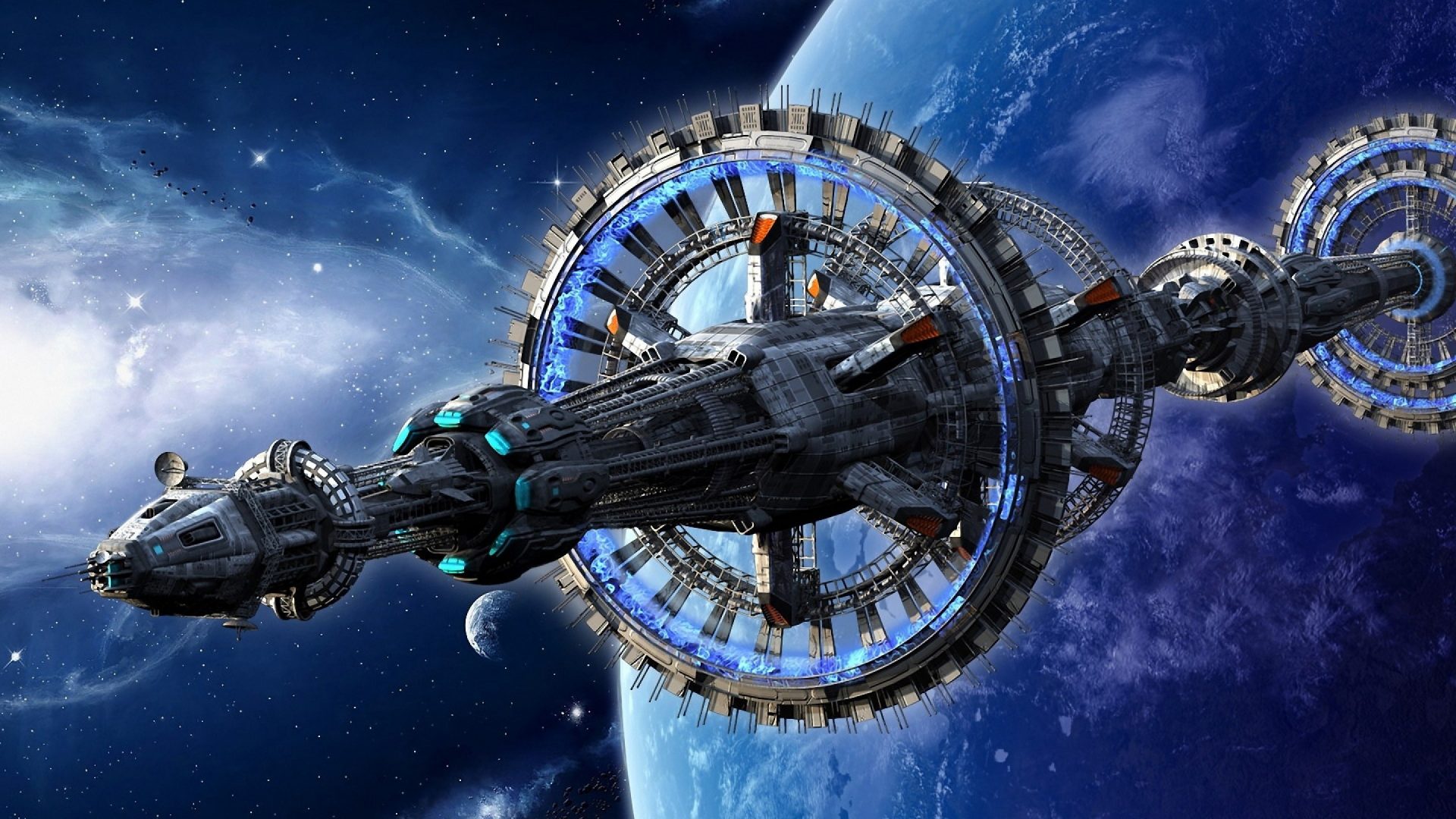 On March 20th, 2247, the first laboratory experiment proved the technology was plausible. Over the next five years, construction of a ship powered by the new Singularity Drive was undertaken. On June 12, 2252, the U.N.S. Odyssey was officially launched from the orbital shipyards and began its one month burn to the outer solar system. From there, it used the new Singularity Drive to create a stable artificial wormhole. Five days later, it emerged unscathed near the Eden system - a journey that had before taken almost fifteen years.


Because of the great cost in building a functional Singularity Drive - not even to mention the powerful computers required to calculate the destination coordinates of each jump - only major governments and some very powerful corporations have access to the technology. Many smaller governments and corporations either contract out transportation services or rely upon the old natural space-lanes that are still in use. 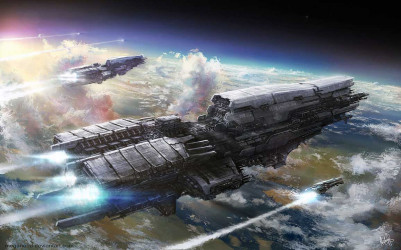 Another limitation to access of the drive is that only relatively large ships - with multiple fusion cores and space for expansive banks of capacitors - can be built around a singularity drive. Small freighters, military corvettes, and even some small military frigates are not large enough to be jump-capable. Some larger ships will have docking arrays where smaller ships can be attached for super-luminal jumps. There are even some specially-designed fleet carriers that specifically cater to transporting the fleet's corvettes and light frigates.


There are several dangers that exist in the use of a Singularity Drive. The most drastic of which is loss of magnetic containment of the singularity itself. While not massive enough to create a stable black hole, the resulting gravitational implosion could easily destroy an entire planet. Also, should this happen within the gravity well of a star the gravitational effect could easily disrupt the orbits of several planets permanently.   The ship and her crew also brave many dangers, such as the risk of a miscalculated exit point. Exiting the bridge into the corona of a star or in the middle of a debris field are just some ways such travel can end in catastrophe. Also, should the ship not maintain enough velocity and its own protective electromagnetic field - the bridge itself could collapse and crush the ship as if it were an aluminum can being crushed underfoot.