To the Pyramids of Arkamanthali on Camel-Back

The Travlers Guid to Aqualon by Thadeus Fletcher was a regular column in the HJT Gazette in the 1580s GE. ~ 1305 Words

Read the Transcript of the Relevant Article
Have you been traveling, dear reader? Enjoying life to the fullest? If not, take a share of my adventures. Thadeus Fletcher, explorer and columnist for the HJT Gazette at your service. This one shouldn't come out too much later than my previous column since less than a week has passed since I sent my last letter to my publisher. But where am I?   Well, last time I visited the wondrous and gargantuan Pyramids of Arkhamantali in the Red Sands with the help of some native tour guides. My now good friend Jahse was so kind as to host me another day in his beautiful home by the river Giranja after we had made the return trip from the Pyramids. Now, I am on a marble ferry that is traveling from the Canyon of Khepri to Arkatrash carrying its precious load. The captain is a stout fellow named Haptha, who tells me wild tales of the River Guilds of Arkatrash.   It takes four days of sailing to make it upstream to the outskirts of Arkatrash. Ah, Arkatrash, what a place... How even to describe it? Not the cities of Manastrat on Rastrowel, Skyfall on the Four Pillars of Sternsmooth, or even Acropellos on Treaeyne compare to the sheer size of this grand city nation. Why, I have been on plenty of islands on the Ocean Belt that could fit on the area of Arkatrash many times over.   Now, where should I begin? Well, for one, the city is built around the mighty Giranja. To both sides of the river the city stretches on for many, many miles, though one isn't able to see both sides at the same time as the river is just too wide. To the east, the larger, more prosperous parts of the city lie. Here, the bulk of the citizenry, respectable inns, merchants, artisans, money-lenders, wealthy farmers, nobles, and guilds have their houses. The royal palace of the Great Paro is also located here, a well-liked older gentleman by the name of Jaya Heru Jahan Iaret. I hear that the Arkatrashians accumulate names over the course of their life, earning them for certain actions. Most never go past two, though paros usually garner three to five, representing their power and esteem.   Of course then there is the western side of the city. This one is a bit seedier by way of reputation, but I take it upon myself to do some personal verifying. If you make your way here, you will find the less wealthy farms and those called ''the Sullied Ones'' by Arkatrashians. Like some other cultures I have encountered, the Arkatrashians have a distasteful disposition towards those occupations that work with blood and death. Undertakers, butchers, furriers, tanners, paint makers, and others make their homes here. Good folks as far as I am concerned. I am always greeted with smiles and a seat at a table. Most people ask me for tales of my travels, recognizing me as a foreigner from the South, and I am more than happy to provide.   Another group of people who are forced to live here are those affected by the insidious spellblight, also known as Vinclav Fever, the afflicted known as blighters here and in many other places, though I prefer the Ainan slang ''Foam Crowns'' as it is not so derogatory. Anyone who calls these people ''soulless'' has never spent an afternoon with them.   Interestingly, one of the so-called ''Denmothers'' who manage blighter housings has an unusual proposal for me: due to border tensions with the Green Baronies, getting across to the Yamato Kingdom is difficult right now, but a certain group I suspect to belong to the Black Market of Yamato is looking for a scribe to accompany them to their homeland through the cities of Aquaris and Aerialis. A solid itinerary for an explorer such as myself. Now, dear readers, I do for now discourage you from dealing with the Black Market; they are notoriously dangerous, at least so the stories go, but for you, I will find some confirmation. After all, the Sullied Ones were supposed to be a disagreeable bunch, and they certainly were not.   After my enjoyable touring of West Arkatrash, I make my way across the Giranja to the wealthy East, and what a journey it is. Along the length of the river between the two sides of the city, there are several lines of wooden arches hammered into the river bed. Ropes are spanned across these and turned eternally by giant water-wheels. What an incredible feat of engineering. Little boats and sacks and baskets with wares are hooked onto the rope and get pulled across the river, what marvelous invention. Stepping onto one of these little ferries, I make my way leisurely across the Giranja, taking in the sight of boats busily transporting wares to and fro and larger boats sometimes passing under the ropes by stemming them up with curious long rods with little rolls at their ends.   In East Arkatrash I live the good life for a couple of days, visiting some of the uptown inns, taking in the sights of great farms that are being watered by artificial channels dug out from the Giranja and smaller pyramids with the fortified mansions of noble families on top. I even make my way to the royal palace of the paro, but sadly, I am denied entry. Perhaps another time.   After that I drink my fill of yrvq, that wondrous, green Arkatrashian beverage introduced to me by my good friend Jahse. Apparently everyone drinks it here, and I quickly make friends in the bars around. Perhaps it is the warm weather and sun here, but the people of Arkatrash are very welcoming. I can only recommend making this city the first major step on your own journey across the world.   T.F.

Vinclav, the Master of Keys

A primer on mapmaking and the history of the southward orientation. (351 Words)

Answering: "Describe a settlement that’s a major trade hub. What can you find there?"
Visit IsaNite's Competition Page Check all other answers to this prompt Competition Homepage

This place reminds me of a city in 19th century India, somehow.

With caste-like systems in place you may not be all that far off. Though the poorly concealed inspiration is, in fact, ancient Egypt.

Thats a fancy bit of Document work their, Greenhorn! Very nice! I wish I had the time to build up and write these types of things.

Divvying it up into little pieces is the trick ^-^ I got a surprising amount of worldbuilding done by simply writing one short fact about my world a day in the Aqualon discord. There are so many now, and a lot of them become the foundation for new articles and map pins later on, making it easier for me to write more quality content.

I really enjoyed how you wrote this, it sounds just like the type of article you'd find in a travel guide. The city seems interesting and well rounded, with a diverse population as well. Well done.

Thank you, I aim to live the medium and characters I choose as my voice ^-^ 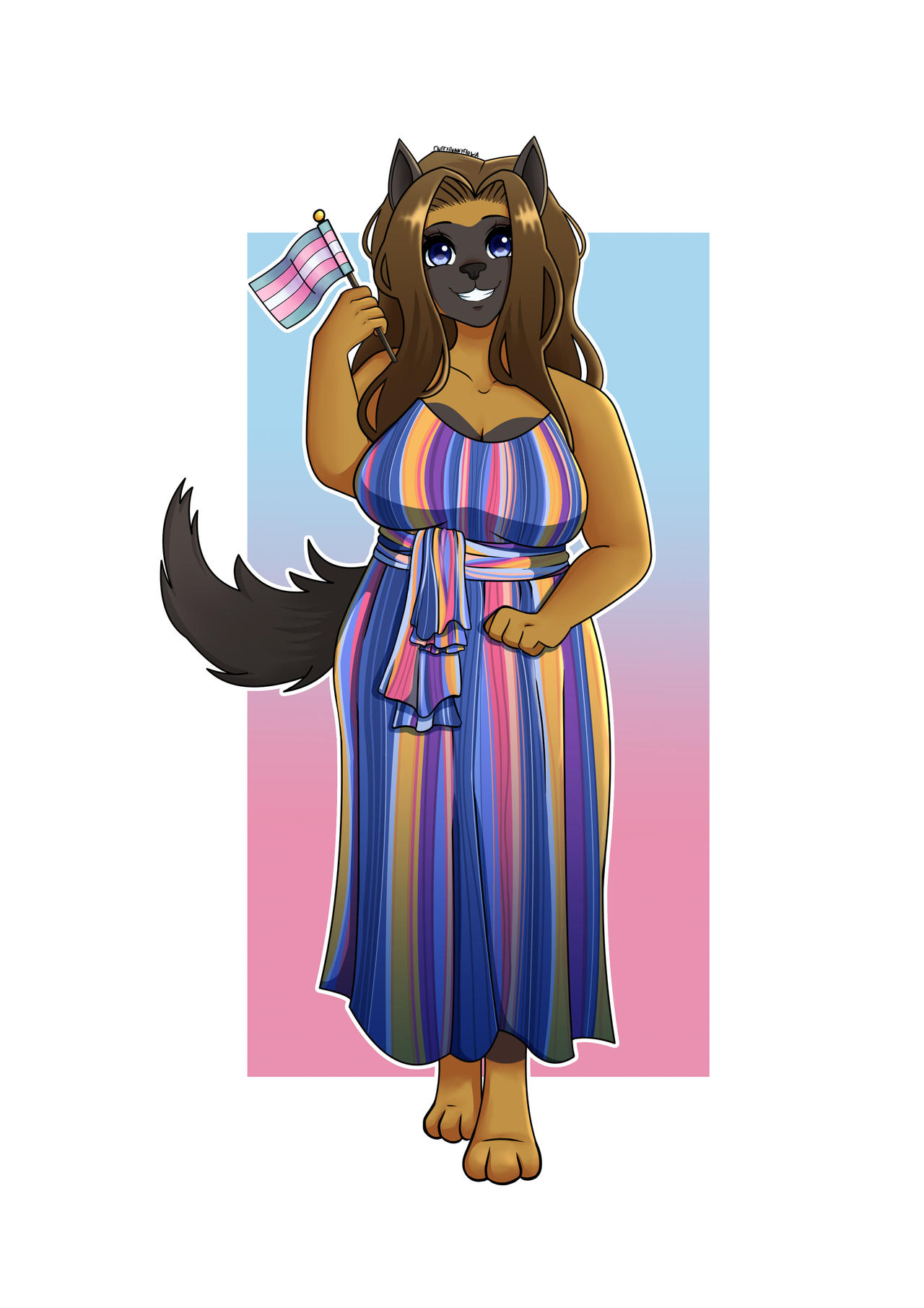 Love the fact that this is a newspaper collum, plus the ancient Egyptian inspiration is something I don't tend to see in fantasy much nowadays :D However, you use the line "where to start?" twice near the beginning. You only really to do so once. Other than that, great article :D

Great catch, thanks ^-^ And thank you for the comment. I try to draw on many diverse cultures to build my world as I don't think worlds should be monoliths, seeing how Earth isn't either xD

Wow, it actually looks like a document! That's a damn handy trick, too awesome.

It's all a question of arrangement, texture, and typesetting. I used block-text formatting to fit typical newspaper styles, added a paper background, and used a typewriter font called "Adler" to mimic the appearance of a newspaper article. I also insert these little advertisements and tid-bit columns in-between to make the whole thing seem more organic. Then it's just details: page numbers at the bottom and decorative headings or stamps ^-^   I'm glad you enjoyed the look of the article <3

PS: don't forget to favorite the article, if you enjoyed it, it would mean a lot to me :D

This is a great thing I must say, it really feels like an authentic column in a gazette, both in words and the look. I really like the stylized format and the small additions like that advertisement from the HJT or the page numbering, which really adds to the feel of the article as a whole. As Adeline previously said, it does a bit ring of XIXth Century India in a way, albeit personally Persia/Egypt came to my mind while reading. The contrasts of the population is a nice way of representing the general feel of the city and I love how a big chunk of the column is about those who are in some way looked down upon and are presented in a different perspective. Besides, there's a nice balance between this and the more descriptive part of the city itself, its looks, landmarks, etc. Overall, a great concept and execution!

Thank you so much for this in-depth comment, I really enjoy seeing those ^-^ Even without much points for improvement given, highlighting specifics you enjoyed really helps me to see what I did right and should keep going and build on, so thanks! Fletcher is an educated guy who fancies himself an explorer. He has read some provocative texts and believes the most honest view of a culture is from the bottom up. Though he is not a pessimistic guy at all, quite the opposite.   Building characters and living them is the alpha and omega of story telling to me, so I am always glad to hear when it works out the way I hoped it would :D