Interdimensional Hotdogs is one of the ACF's proud sponsors, having stood by the foundation practically since they first began operating in our dimension.

Interdimensional Hotdogs sells a wide variety of, you guessed it— hotdogs. Some would even dare to say that they sell too wide a variety of hotdogs— given their interdimensional resources. One never knows what they'll find sold at any particular stand— each is a wholly unique snowflake of tubular meats. Sometimes they may not even contain meat, such is the case with vegetarian options such as "sadness," "alternative balsa," "plant person," "this is not a hotdog," and "that one time you accidentally called your teacher 'mom.'"   Meat lovers can enjoy options such as "Jason, who's been mistaken for bacon," "eldritch tentacle," "like your parents used to make," "found on the subway," "non-euclidian," and "pork." Interdimensional Hotdog stands are always equipped with ample toppings, too, including; "love," "miniature hotdog stands," "invisible ketchup," "an engineering degree," and "gravel." 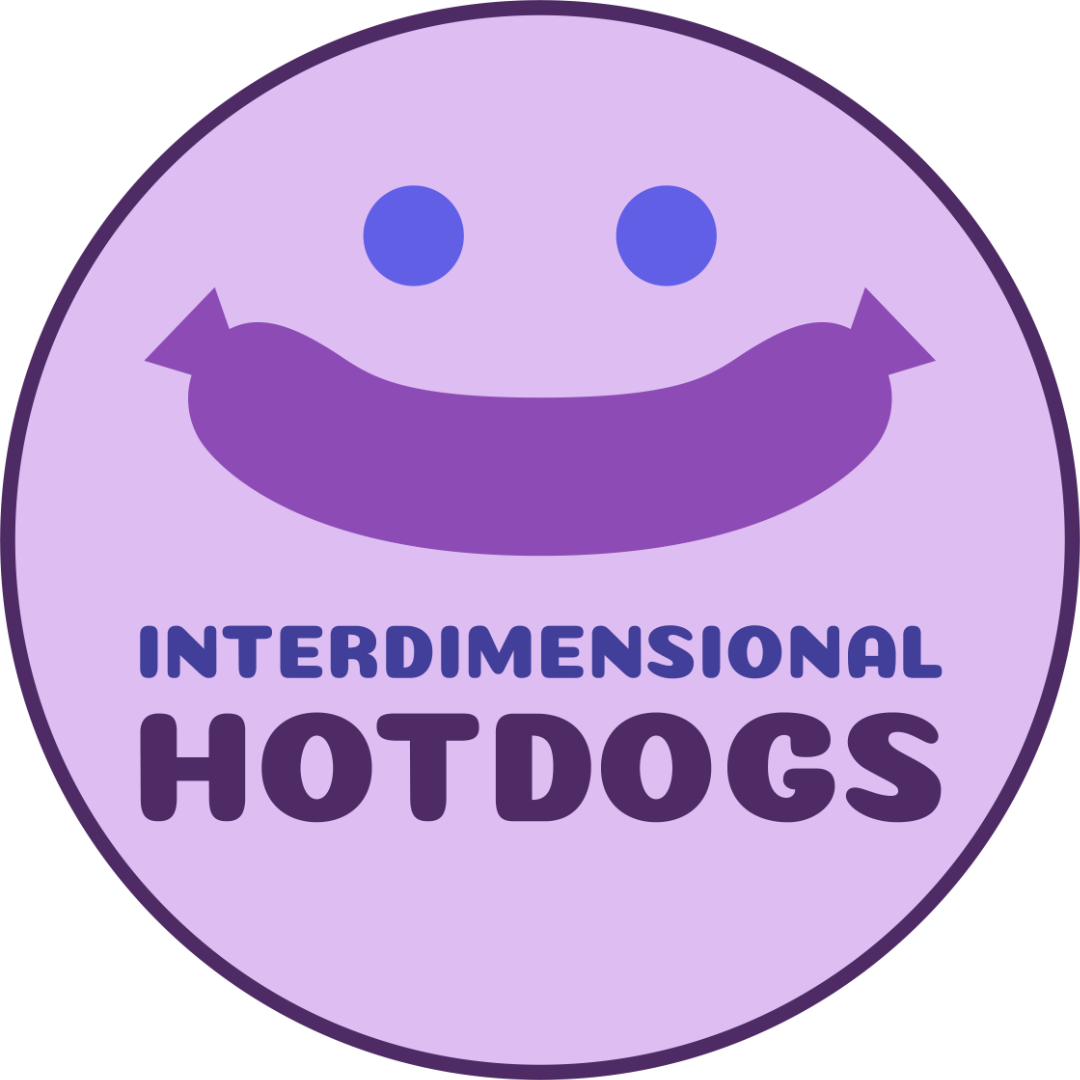 Based in
Unknown dimension
Scope
Interdimensional
Interdimensional Hotdogs' marketing is amusingly chaotic at best, and outright dangerous at worst. Due to their diverse interdimensional makeup, their marketing team often attempts campaigns utilizing tactics that work just fine in other dimensions— but are either harmful or illegal in ours.

Look, I know they released a terrifying squid monster in the shape of their logo on Manhattan— but they pay us good money! We need to stay on good terms with anyone from other dimensions in case they have the power to turn us all into toothpaste or something, ok? Now we'll need to get clever on fixing this mess, someone call Null & Void— they're the only ones crazy enough to take this case.
— Bin Folks, Administrator

Once someone is aware of Interdimensional Hotdogs, all they need to do is think about wanting their products— and a stand will suddenly appear nearby. It is currently unknown through what means they are able to both read minds, and teleport so quickly— though this has proven useful for personnel lost in the field without any food.

God, all they've got are rock dogs again. Can someone else think of them please? Maybe the next stand will have something good.
— A starving operative

Exactly how many dimensions the company serves and sources from is unknown, those manning the stands themselves are often kept in the dark as to their executive functions. These employees, it should be noted, are extradordinarily dedicated to their work, as well— diligently manning their stands even in the worst of conditions.

I just wanted a hotdog before I died in this volcanic eruption— I never expected you to show up!
— Someone's last words

Definitely loving this article, especially the way of trying to describe the many flavours of hotdogs. Now I'm curious: what do they accept as a payment? Cause you can't run a business without having a profit you know.

They accept money, of course.

But do they accept our money, or do they require you to pay like, intergalatic credits? Also, are the prices worth it?

Think of them and you'll find out!

I love their logo so much. Really interesting flavour combinations. I wonder what sadness sprinkled with gravel tastes like?

Thanks! It's one of my favorites from the redesign. It probably tastes pretty depressing.

I would very much like to have their hot dog stand appear near me. I love the details about their dangerous marketing strategies, especially the squid monster. Made me laugh so much! Congrats on the Feature!

Thank you! And hopefully they'll be there soon now haha

Non-euclidian sprinkled with miniature hotdog stands - now that sounds delicious! And just in time for lunch over here...   I bet the squid monster looks adorable. Their logo sure does!

I'm sure it is delicious!   And thank you! It's one of my favorites I've made thus far!

I absolutely love this. I think their logo is my favourite of them all, too, haha. The "Think of them and they shall appear" is such a wonderful addition as well. One non-euclidian, please!

Every time bin speaks I smile. Im pretty sure the quotes are my favorite part of this world in general. I love it. Sorry it's taken so long to get to this one, but man was it worth the wait.   Oooo an instant hot dog stand is neat. Lol rock dogs. Another amazing article to add to the pile. Well done.

Thank you! Bin is one of my favorite characters to write for, easily!