A lattice of faint scars weave across his back.

When he smiles sometimes you can see the tips of his canines peaking out.

When gathering power, a glowing green symbol of a tree flashes on his forehead.

Right-handed, sways arms excessively when walking. Wiggles ears when looking for something.

A flowing silvery robe cover most of his body. Various magic rods are connected to his gloves with weapon cords.

Wields the mighty weapon known as "Sunflower", (Serithal). Wears chain-shirt to protect his vitals and uses a phylactery of positive channeling to focus his powers. Uses numerous magic rods to amplify or shape his spells. Carries a staff that acts as a reservoir for healing power.

Full divine caster, can channel to heal allies and burn enemies. Powerful magics to strengthen allies. Can save others from death with ease. Is sensitive to Psychic influences and presences. Can transform into various creatures to increase mobility and utility.

I was born out of a one night stand in the Lowers. My father learned what happened and married my mother to support her and me. I never knew my father growing up because he disappeared one day when I was very young and never returned until five years ago. After his disappearance, my mother grew resentful of me and hid my existence from the world destroying all records of my birth and locking me in our apartment. She would invite others over to the room for reasons I didn't understand but I knew that when she did I was to go into the closet and pretend I didn't exist.

Being alive.
Accidentally tearing a hole in reality when I summoned ice cream.

Be excellent to each other.

What's that, is that the special hug?

Wants to find his father and return home. (Complete)
Wants to provide salvation to all werewolves. (Ongoing)

"Your games are evil!"
"Let's go get ice cream."
"It's the most terrifying being in the universe, my mom."
*Angry chittering*

Good with plants and animals. Surprising talent with firearms.

Terrible with puzzles and riddles. Struggles to understand societal norms.

Loves sweet things. Hates having his choice taken away.

When stressed he reverts to growls and grunts.

Bathes regularly but even if he misses a day or two he retains a the smell of soil and pine needles. When wet smells a bit like a dog.

Great Elder of the First Forest

He holds no lands or titles. He actually finds wealth pointless since the First World reverts to it's original state every day.

He holds no strong beliefs, but he feels a deep connection to life in all its forms. Harming life without reason is anathema to him.

Gregarious and bright but has a tendency to say brutally honest things. His humor is dark and barbed, almost confrontational.

Always introduces himself to new people.

Had a plant that he cared for when young, but it was brutally destroyed by his mother in a fit of anger.

Tends to speak softly, but whines when he cannot choose his own path. 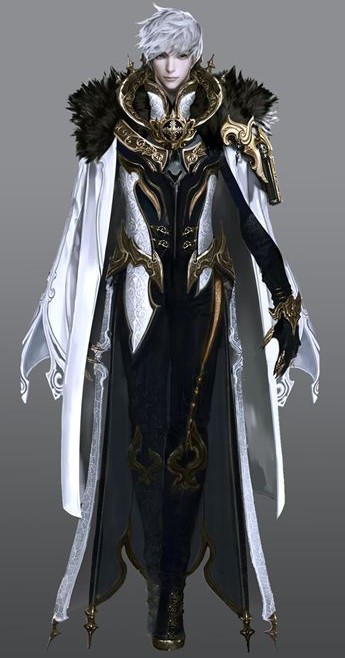 The major events and journals in Luke's history, from the beginning to today.

The list of amazing people following the adventures of Luke.