Forged Monk unsure of his own destiny.

The Destiny Crusade
View in World
Played by
KoBunny

Forged Monk unsure of his own destiny.

Age: A typical warforged is between two and thirty years old. The maximum lifespan of the warforged remains a mystery; so far, warforged have shown no signs of deterioration due to age.   Size: Your size is Medium. Most warforged stand between 5 and 6½ feet tall. Build is affected by your subrace.   Warforged Resilience: You were created to have remarkable fortitude, represented by the following benefits:   You have advantage on saving throws against being poisoned, and you have resistance to poison damage. You are immune to disease. You don't need to eat, drink, or breathe. You don't need to sleep and don't suffer the effects of exhaustion due to lack of rest, and magic can't put you to sleep.   Sentry's Rest: When you take a long rest, you must spend at least six hours of it in an inactive, motionless state, rather than sleeping. In this state, you appear inert, but it doesn't render you unconscious, and you can see and hear as normal.   Integrated Protection: Your body has built-in protective layers, which determine your Armor Class. You gain no benefit from wearing armor, but if you are using a shield, you apply its bonus as normal. You can alter your body to enter different defensive modes; each time you finish a long rest, choose one mode to adopt from the Integrated Protection table, provided you meet the mode's prerequisite.   Specialized Design: You gain one skill proficiency of your choice, one tool proficiency of your choice, and fluency in one language of your choice   Integrated Tool: Choose one tool you're proficient with. This tool is integrated into your body, and you double your proficiency bonus for any ability checks you make with it. You must have your hands free to use this integrated tool.

Way of the Four Elements Remastered

You follow a monastic tradition that teaches you to harness the elements. When you focus your ki, you can align yourself with the forces of creation and bend the four elements to your will, using them as an extension of your body. Some members of this tradition dedicate themselves to a single element, but others weave the elements together. Many monks of this tradition tattoo their bodies with representations of their ki powers, commonly imagined as coiling dragons, but also as phoenixes, fish, plants, mountains, and cresting waves.

Initiate of the Way

When you choose this tradition at 3rd level, you learn how to manipulate the four elements in subtle ways. You learn two of the following cantrips: control flames*, gust*, mold earth*, or shape water*. You learn two additional cantrips from this list at 6th level.

Disciple of the Elements

Some elemental disciplines allow you to cast spells. See chapter 10 of the Player’s Handbook for the general rules of spellcasting. To cast one of these spells, you use its casting time and other rules, but you don’t need to provide material components for it. When you cast a spell with a discipline, it is cast at the spell’s lowest level unless otherwise specified.   Once you reach 5th level in this class, you can spend additional ki points to increase the level of an elemental discipline spell that you cast, provided that the spell has an enhanced effect at a higher level, as burning hands does. The spell’s level increases by 1 for each additional ki point you spend. For example, if you are a 5th-level monk and use Sweeping Cinder Strike to cast burning hands, you can spend 2 ki points to cast it as a 2nd-level spell (the discipline’s base cost of 1 ki point plus 1). The maximum number of ki points (its base ki point cost plus any additional points) that you can spend on the spell is 2, unless a discipline specifies otherwise. This maximum increases to 3 at 9th level, 4 at 13th level, and 5 at 17th level.

Starting at 17th level, you can learn the following disciplines:   Avatar of the Elements. As an ultimate display of your mastery of the elements, you can spend 5 ki as an action to have the elements of earth, fire, air, and water form a protective sphere around your body, gaining multiple benefits for 1 minute. While this ability is active, you have resistance to bludgeoning, piercing, slashing, cold, fire, lightning, and thunder damage. You also gain a burrow, fly, and swim speed equal to your movement speed. Lastly, you can use any of the following abilities as a bonus action: Breath of Winter. You inhale deeply and then exhale, blasting a cone of frigid air out in front of you that freezes everything in its path. You can spend 5 ki points to cast cone of cold.   Eyes of Fire. Your foes may try to hide in darkness, but their ki lights up like a torch to you. You may cast see invisibility without expending any ki. In addition, while under the effects of see invisibility, you may spend 2 ki points as a bonus action to gain truesight until the end of your next turn.   Eye of the Hurricane. You stretch out your ki to embrace the winds. You can spend 5 ki points to cast control winds*.   Mold the Mountain. You master the many forms that earth may take. You can spend 5 ki to cast transmute rock*.   Swirling Crab’s Revenge. Your ki manifests as a swirling pool of water, smashing and pulling your foes towards its center. You can spend 5 ki points to cast maelstrom*.   Wave of Rolling Earth. The ground shakes and emits a low rumble as a wall of stone erupts up into being. You can spend 5 ki points to cast wall of stone. 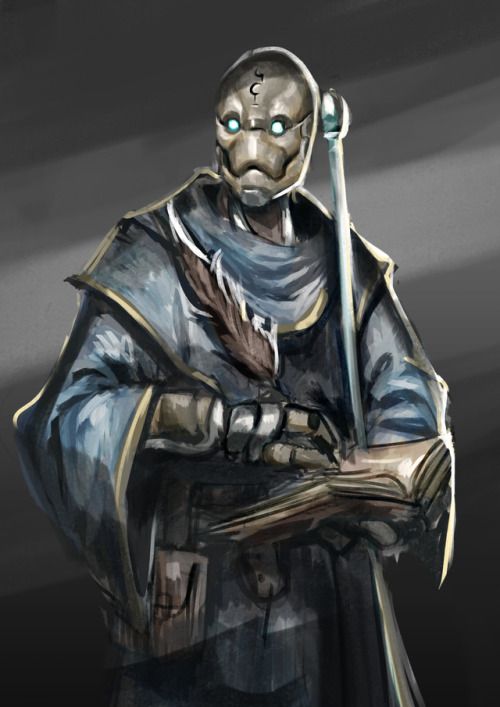 The major events and journals in Relic's history, from the beginning to today.

The list of amazing people following the adventures of Relic.