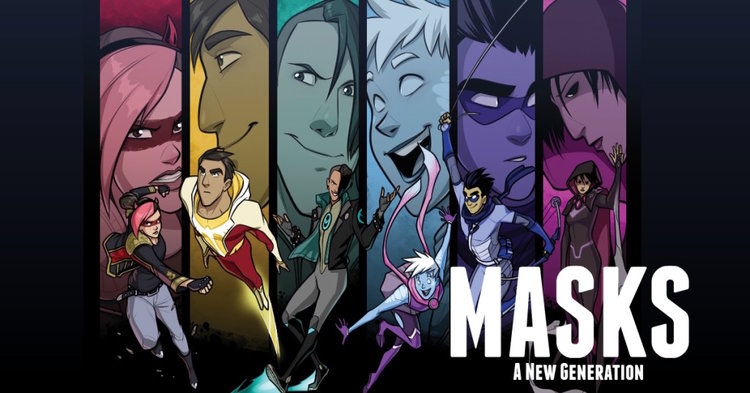 Run by ArtemisAlpha
The Universals Campaign Page
Played by
Ishthyl

Flame's Touch (Reality Storm) - Spend 1 burn to directly engage a threat using your powers. Roll Freak instead of Danger. If you do, you will cause unwanted collateral damage unless you spend another burn.

Aegis (Shielding) - Spend 1 burn to defend someone else from an immediate threat. Roll Freak instead of Savior.

Solarium (Moat) - Spend 1 burn to create a barrier that will hold back threats as long as you keep your attention on it. GM may require another burn be spent if threatened by a particularly powerful foe.

Shining Light (Worship) - Spend 1 burn to awe an audience into silence, respect, and attention when you unleash your powers.

Hjalla's Warmth (Boost) - Spend 1 burn to supercharge a teammate's efforts with your powers, giving them a =1 bonus on their roll as if you had spent Team from the pool.

Hjalla's Rage (Overcharge) - Channel the full capacity of your incredible powers to overcome an obstacle, reshape your environment, or extend your senses. Spend 2 burn to take a 10+ when you unleash your powers.

How the Team Met

My escape pod crashed into Earth in the middle of a stadium. Staggering out of my pod I saw a brave warrior struggling against someone. I could smell the poison in the air. I would not let my first act on Earth be allowing a fellow warrior to parish. As I attacked, other noble champions joined the combat. With out combined strength we were about to defeat the one called The Ravager. Unfortunately he unleashed the poison I was sensing. We had to stop it from spreading. We were able to stop the poison, locking it in with forcefields, transmuting it to a solid, and then I and a youthful spark burned it away. Unfortunately the stress of the crash and the fight made me lose focus. I went too bright. The stadium was destroyed. The one known as Coqui assured me it was no great loss.

When I share a triumphant celebration with someone, ask them if there is any fear in their eyes when they look at me. If they say no, take +1 forward and mark potential. If they say yes, immediately shift my Danger up and Savior down.

When I share a vulnerability or weakness with someone, tell them how they could stop me, if it came down to it. Give them Influence over me and clear a condition.

I hang out all the time with The Enabler to blow off steam.

I once hurt Skyler when I lost control.

Have Influence Over Me


I Have Influence Over

When did you first use your powers? Aboard the Ava Celeste when the ship was attacked by The Thirst. The pirates were about to kill my guardian, Loreli, I had to save her.

Who was the first person you accidentally hurt with your powers? Loreli Sigursdottir, my guardian. She was trying to show me how to control my powers, I lost control and burned her arm. She didn't wince or get angry, she just calmly whispered to me until I regained control.

Who, outside the team, helps you control your powers? Tamir Hutchins, he's a blind sound engineer who helps me with my music. My very close friend outside of the team. Helps me keep control through my music.

Why do you continue to use your powers? Because people need help, and I have to be worthy of my heritage, of my family's sacrifice. Both my father and mother, my guardian Loreli and Captain Graves of the Ava Celeste.

Why do you care about the team? They're good people. Everyone has flaws, but in the end they are all good. They believe in me, don't treat me like I'm some kind of hunted death sentence. They give me hope. I want to give them the same.

The boy watched from the ship as it desperately tried to race against the coming destruction; his small hands pressed flat against the glass. It wasn’t what he could see that brought the tears to his eyes. It was what he couldn’t see, the blank space his mind struggled to fill.
Looming over his world the hooded and shadowed figured of the Ohm’Shir Queen tore into the planet trying to rip it apart by hand. This obstinate spec that had the gall to halt her inexorable and deserved march to godhood. The zodiac would be denied no longer. With malice and hate her hands dug into the planet as she slowly drained the life from it. Somewhere on that world only two remained. Standing in an open clearing, a small place of shadowed beauty and serenity as all around the clearing the world erupted. Facing each other, standing hand in hand they stared into each other’s eyes, a battle scarred warrior and a flame.
There was no more time, all of the evacuation ships had deployed. Some may even make it past the Ohm’Shir blockade, they prayed the Ava Celeste, the one carrying their son, was among them. The shadow overhead grew darker, the queen was bending down to devour the last of the Aesir. The flame looked at her lover, his armor charred and damaged, and a silent moment passed between them. There was no need to say it, they both understood it. From the moment they were bound together, it was known. And from the unspoken a beautiful and unexpected gift was given to them. That gift was safely aboard a vessel being taken far from here, his tiny hands pressed against glass as tears silently raced down his cheeks. The flame closed her eyes and stepped into the warrior, his armored arms wrapping around her, the face plate of his helmet tilting down ever so slightly.
The queen grew closer.
There was no sound, no roar of defiance from the Aesir, no curse from the doomed queen, there was only light. Brightness and color shattered the boy’s reverie. Before him his home was beginning to glow. The skin of the world boiled and erupted away as a new sun formed, its center starting in what used to be the last pristine valley. As powerful as the zodiac was, even she could not hold a sun and hope to survive. The last remnants of her burned away as the blazing new star expanded. Ohm’Shir ships desperately tried to run, completely forgetting about any escape vessel in their own bid to survive. Some would make it, most would burn.
The boy heard the heavy booted footsteps of his guardian come up behind him. His feline ears twitched slightly. The woman said nothing. Her ears were up and alert, and her pale face was blunt and hard. Scars from war crossed her cheek. She had taught the boy’s father, prepared a musician to be their planet’s greatest warrior, prepared him for the binding. She could not have known he would be bound with an elemental of the sun, could not have known how deeply in love they would have fallen, could not have known this scared little boy would come from their union, could not have known it would fall to her, a tired old warrior, to keep the boy safe. She was Hjallan, she wanted to die in battle, to be among the honored dead like her mother and father before her. Instead she was given an even greater honor, to protect the child of her world’s greatest. She could not have known this would happen, but she welcomed it. She would keep the child safe, find him a home and teach him who he is, and someday stand beside him when he reached back out to the stars to pull the Hjallan together again.
As the Ava Celeste continued to race away, the bright of the star slowly began to fade away, a deep thrum began to pulse through the deck plates. Outside the rails of the shatter drive extended and began to glow with energy. The boy knew they were about jump, that everything he knew was about to disappear behind them. His heart raced and his breath sped up; his chest rising and falling in panic. With a crack, one felt more than heard, the outer rails retracted in an instant sending massive amounts of energy to the shatter drive, sending the ship racing away to safety in a final burst of light.
The boy’s panic ceased in a final sharp inhale as his home, and worlds surrounding disappeared behind them. His hands fell limply to his side. For a moment he stood there, trying desperately to find the tiny point of light that was his home. Unable to properly track while in warp, the boy’s ears fell and he slowly turned away from the window. The warrior was unsure if the boy didn’t notice her there, or simply didn’t care. Slowly he slid down the wall to rest seated on the floor. He drew his legs up to his chest, wrapped his arms around them, buried his face into his knees and began to openly weep.
The warrior watched silently for a moment, her stoic features unchanged. Then her gaze softened, her blue eyes glazed with unwept tears of her own. Without a word she took a seat next to the boy, and allowed those tears to slowly drip down her scarred cheek.

Leo was raised on the Ava Celeste, a pirate ship always on the move. During his youth he had access to the cortex, where he took all classes and excelled as his guardian expected. He has also been extensively combat trained by his guardian who was once a mighty Thane of the Hjalla.

He has burned those he cares about when he's lost control in the past. Such simple mistakes haunt him.

He watched as his father and mother sacrificed themselves and their home world to stop the Zodiac, the Queen of the Ohm'Shir from raging across the universe as she worked to become a god.

Leo loves music. It was the one piece of joy he always had growing up on the Ava Celeste. His guardian, Loreli, always encouraged him to play. He sees the world through music and light.

Leo is a warrior, a warrior scarred by the past. He will do whatever it takes to save those he cares about, and defend those who cannot defend themselves. 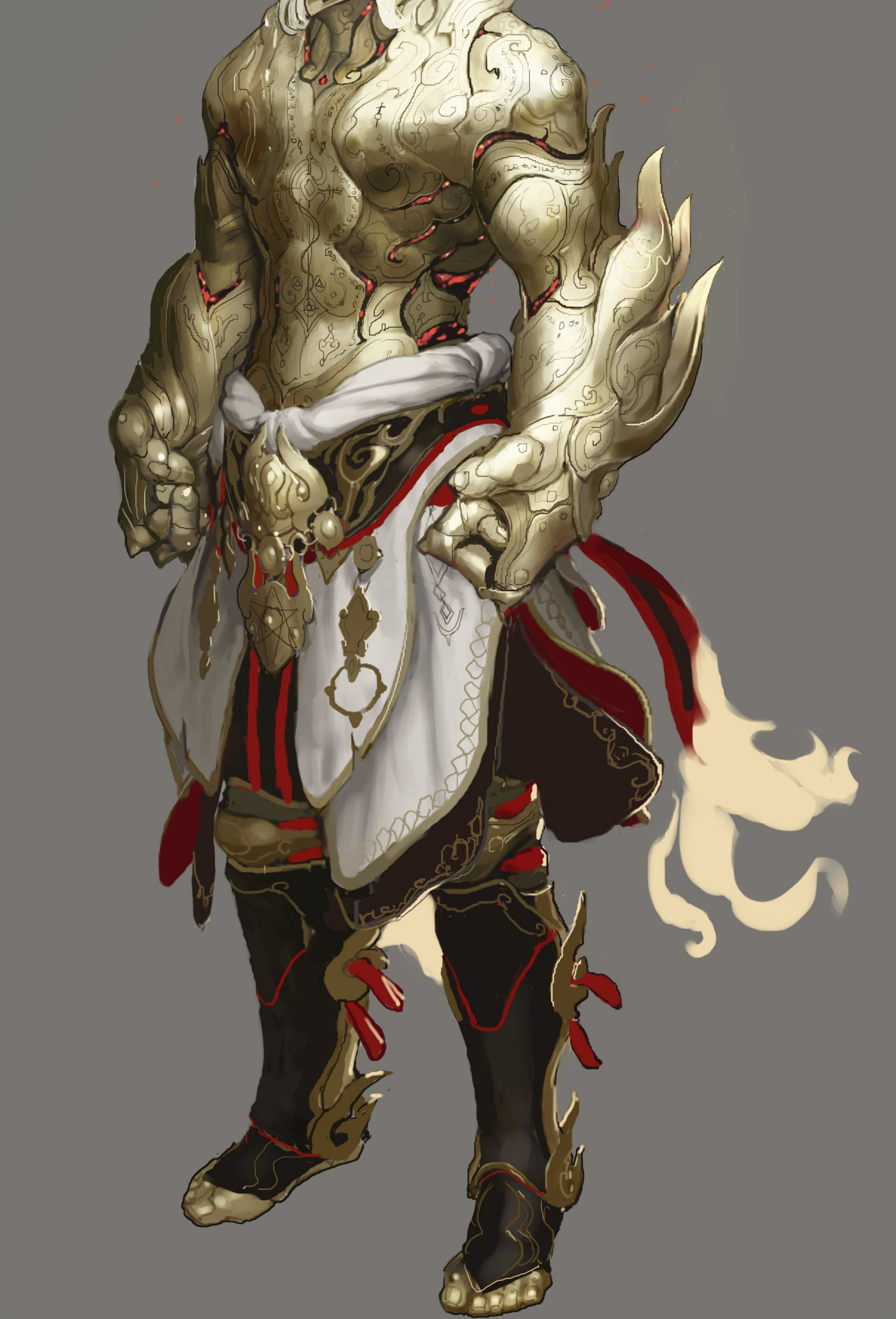 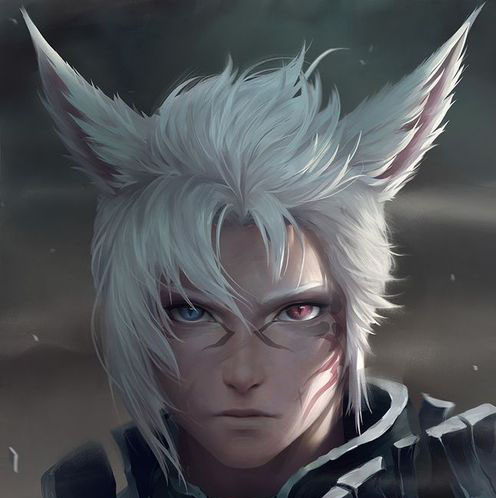 The major events and journals in Sun's history, from the beginning to today.

The list of amazing people following the adventures of Sun.