Played by
Broosna2443
Other characters

3 feet and 4 inches in height, slightly round body shape.

His eyes have no visible pupils! It makes their green stand out more.

The super small form of Thomas was pretty easy to get a uniform for him. But he has managed to keep his card sleeve to, since they dont have much effect on their own

He does carry a mask shaped like a creature from his home world, which he keeps on his head while out in the field. (the White Moogle Mask)

From being outside of the rift, Thomas was...very confused when he entered this world. But that didnt stop him from trying whatever he could to get back. But, knowing he would need to find a way to work his Aether to function in this world. So, he found the best place he could afford. The Lockstitch. When he graduated, he saw a chance to try to get back to his worlds, so he joined the HTML Wanderpus.

His life back in his home world was...troubling. He grew up with an adopted family on a farm, He eventually got tired of the work, going out to the closest major city to pick up the life of an adventurer. But being an adventerer at 14 can cause alot of problems for anyone, and while he started off as a caster of death, he began to...hate it. So, he stepped away from combat for a bit, learning to heal through the power of the stars. As soon as he started that, he found a new path of life, working to aid those he can rather than cause harm.

In the Final Test, Thomas was...surprisingly competent. In the Physical Assesment, he was a little sloppy, with his height making it a bit hard for him to get around some of the dangers, but he was able to hold his own decently well during the one-on-one combat.

When it came to party 3, Thomas knew he was in his element. While he did ignore the obvious plants the heal, he instead took some lesser known plants, taking a large leaf and making a curing cream from it, covering the wound with the leaf. He smiled, glad he was able to get in there and work his non-magical magic.

Rift sealing, though...was not his strong suit. He would frown as he worked on the seal, but wasnt able to get his part properly closed without getting noticed. It took his classmates help to finish the seal, which made him disappointed.

So, Thomas doesnt know how to properly read...But that never stopped him from learning. Some how, he was able to keep up on his studies, being able to focus on healing, but his interest in communing with the dead got him working to aid in research of new lands.
His social life was a little slow to start, but his eventual boredom of schoolwork led him to going out and finding a small number of groups to make friends with.
While in school, he decided to focus on veterinary practices, feeling inspired by his former life as a farmer and rancher before becoming an adventurer.
He also took on some extra curricular activates, taking up cooking as a hobby (and so he could spend less on food).

When he got onto the HTML Wanderpus, he took up a position as a Medical Researcher, specializing in Biology and Veterinary Research. Not only to study the creatures of Liminal, but to see what the beasts of the past were like as well.

May have saved a world a few times, he isnt sure how yet

He can barely read, despite how smart he is.

His height is a big embarrassment for him, expcially when people pat his head.

As a new crew member, Thomas is more than excited to see what this new adventure takes him on!

Character Taboos:
Do not head pat the potato. He keeps a knife on hand for that reason.


Player Taboos:
Erp isnt my thing, but nor is it for the character.

Thomas big motivation is to find a way to return to his home world. At the end of it all, that is his final goal, and may take the oppotunity to leave if he can. But, who knows if it will change as time goes on (it will, dont worry)

Currently, Thomas intends on making the best of where he is at. With knowlege that there could be anything he can learn in this land, he wants to try and document and study all the creatures he can find.

(not too sure rn) 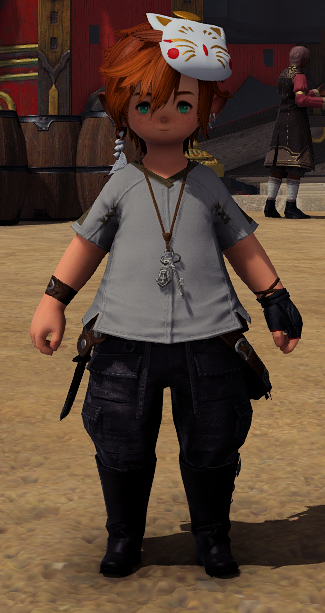 This is my first day on the Wanderpus...Im kinda scared, though. I got to explore my new space on the sub. It was small for some of the others on the ship, but I found it more than roomy. I mean, I have all the room I need to work, but when I started asking bout the habitats for the creatures? They didn't have proper habitats for transportation of the animals. Like, what the fuck? They kept them in the living habitats, which isn't good for the crewmates caus...Why? Its just...sad...
But, onto the next thing! I will get that animal situation fixed, but...I love the lab itself. There are so much room to work in, and having a space for my own work is super fun. But Im glad to have the work.
I did get a tour of the space, but the last stop was my quarters. I was told I could personalize this however I wanted, but I don't think the realized quite what I can make...Oh well, I'm sure I can have a good living space! Either way, I am ready to see where this ship will take us, and I'm ready to explore everything!

The major events and journals in Thomas's history, from the beginning to today.

This is my first day on the Wanderpus...Im kinda scared, though. I got to explore my new space on the sub. It was small for some of the others on the ship, but I found it more than roomy. I mean, I have all the room I need to work, but when I started aski...

The list of amazing people following the adventures of Thomas.