Drow with a tendency for flair and haughtiness 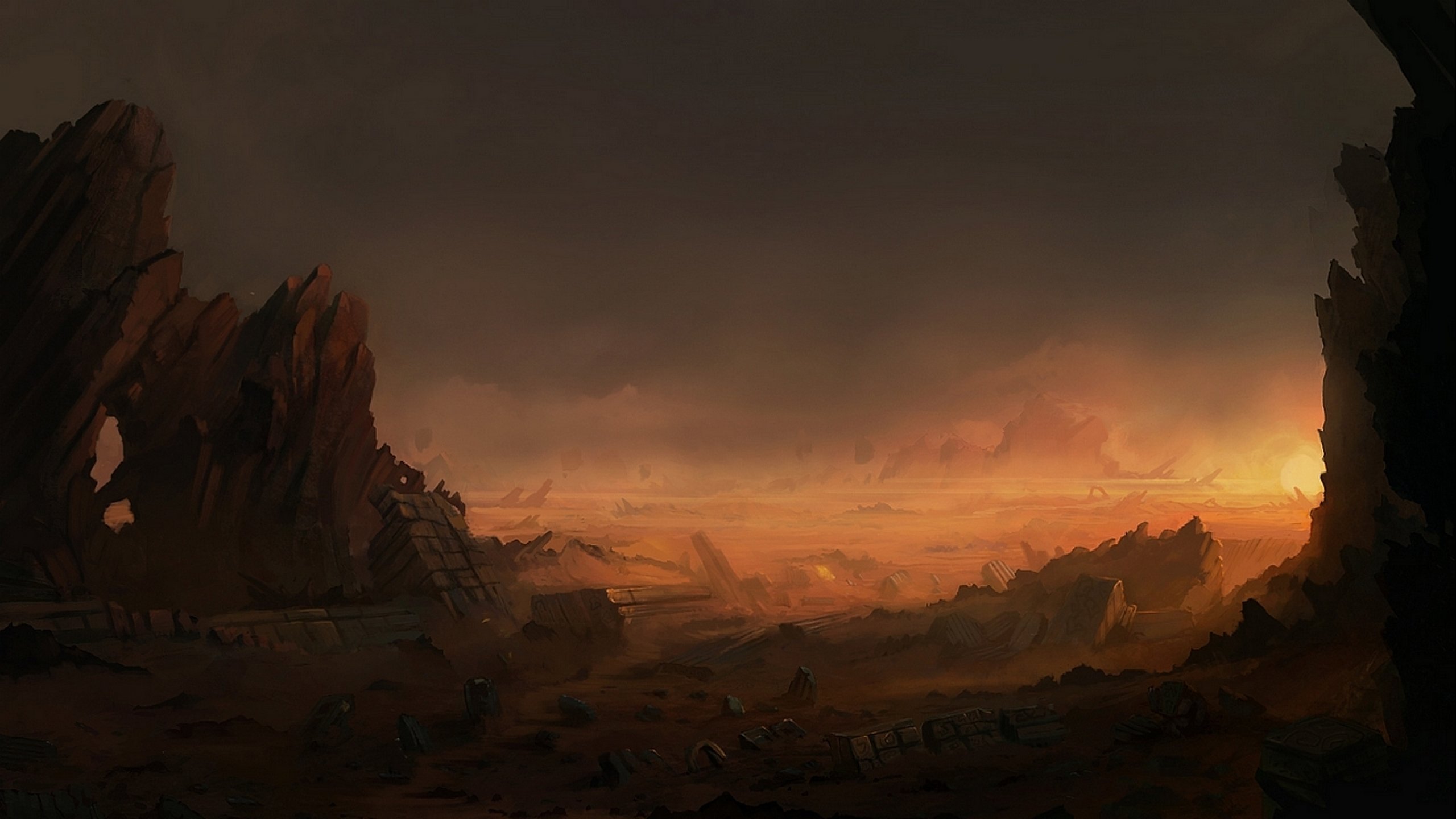 Drow with a tendency for flair and haughtiness

Vox Aurora, a bastard child of two elves with hints of true drow in their bloodlines, grew up in lower city slums, working as a thug until approached by a group known as the Aspis Consortium...
Gender
Male
Eyes
Violet
Hair
Silvery white
Skin Tone/Pigmentation
Drow-Skinned
Height
6’3”
Weight
120

Thin Van Dyke Beard silver just like his hair, noticeable but small scar on his chin

Tattoo of a snake around left arm; long silver hair, typically either tied up with a leather or silken cord or tucked into his clothes underneath his chainshirt when he is wearing it.

ALWAYS has on thin leather gloves (concealing a clockwork right hand with what appears to be scars from an explosion).

Mythril Chain Shirt (tight fitting but loose enough to move in), Shoulder Cloak of Resistance of the Elvenkind (+4), Two MWK Dragoon Pistols, Renir’s Musket refitted with a new stock, ammunition (mundane and magical), Eyes of the Eagle (stylized to be as minimal and less conspicuous as possible)

The son of two well-to-do Elvish merchants, his dark skin and sinister violet eyes and silvery hair frightened the parents. They secretly arranged for him to be transported from the wealthier portion of the middles to the slums , considering him to be a scion of bad luck. He does not know the names of his family and has convinced himself that he doesn't need to seek out a family that abandoned him, although he has haunting dreams of faces just too blurry to be recognizable. When he grew old enough, he sold himself out as a mercenary to whoever would pay, using a battered dragoon pistol he had found in the gutter while exploring the lower city. The company he worked for was eliminated and he was subsequently hired by the Aspis Consortium.

Learned most of his knowledge and etiquette from dirty clippings of books and other published writings that would find their way into the gutters near him. No formal education.

Helped guide lower city residences to safety during the attack on Almas. Went to the Spire with the party and brought back much needed supplies and materials for creating new weaponry and new defensive equipment.

Mangled his right hand very badly from his gun misfiring and exploding, leaving him with burns on the right side of his body (starting near the top of his ribs extending down to about his navel.

Witnessing Renir sacrifice to save the party (Carries Renir’s holy symbol everywhere on a chord around his neck; he unconsciously touches it a lot when thinking. Especially when it comes to tactics and other grave decisions)

Skilled Engineer and knowledgeable in things such as structures and guns, interested in the Arts of dancing, a linguist but by no means the greatest.

Vox is somebody whose patience has a short and dangerous fuse. He will approach any situation calmly but loses his temper quickly, especially if personally insulted or if his pride is damaged. Will pull a gun on just about anybody, if given the right motivation to do so. His temper has been known to get him into many situations; most of which he can talk his way out of, but will shoot first Han Solo style if you try to square up.

1. The Self Will Never Fail

Vox does not fancy himself as hero of legend, but neither is he a peon of fate. He believes that he holds his destiny in his hand and it is his to do whatever he wishes.

He may have his fair share of heated moments with individuals in the party; however, he ultimately will trust people who prove themselves to him.

3. Curiosity Killed the Cat, but I’m no Feline

Vox is innately curious of the unknown, having grown up around the scum of Almas. He seeks to learn and experience what the world beyond the walls has to offer. This also applies to his perception of new people, he is fascinated that anything existed beyond the walls he has lived behind his whole life.

Heterosexual. Finds the grace of Sylphs mesmerizing. Attracted to female drow; however, he despises the innate matriarchal nature of drow as it conflicts with his extreme love for independence. Also finds half-elves/drow attractive as well as full-blooded surface elves. Not extremely sexually driven.

Identifies as a Male

Doesn’t eat Meat: more so because of its tendency to make him sick than any moral reasoning. Will eat if he needs it, but it doesn’t sit well with him.

To create an opportunity for himself to be recognized and respected, despite his birth family giving him up to suffer in the slums of the lower city. He seeks not to reclaim his birthright, but to show his birth parents, whoever they might be, that he is not a cursed child like his caregiver had told him. Knowing only vague information of his parents and not even sure who they are, he has decided that he should not confine himself to a family who gave him up, but rather a life full of excitement and the chance to create a new path.

"If we feed him laxatives, does he shit more emeralds? Or do the emeralds come out in liquid form?"

A very knowledgeable engineer, Relatively gifted in the social graces, he excels at not being seen (however, he does not approach every situation in a stealthy manner), he struggles to deal with rude people, usually with the end result being a gun pointed to somebody's head, HE ABSOLUTELY CAN NOT HOLD HIS LIQUOR

Loves his sense agency, loves researching weapon designs and studying architecture, likes to drink mild alcoholic beverages (super low tolerance), likes companions that enact their own sense of freedom (one of the reasons he sparks with the paladin. he views Maximus as essentially a slave to his religion and its strict codes), dislikes ambivalence and people who can't make up their mind,

When thinking battle tactics or anything of the like, he fiddles with the Renir's holy symbol of Torag
When anxious, he fiddles with his clockwork hand, feeling its whirring through his thin leather gloves

Fastidiously hygienic: years of living in the slums have caused him to develop a severe disliking towards being unclean. at every opportunity he is reasonably able to do so, he will clean himself and his items that need to be cleaned

Member of the Aspis Consortium, Works closely with Hellknights,

An adventurer with little in the way of resources, Vox subsists off his earnings. He spends most of his earnings on equipment and ammunition. He makes what he can so as to lessen the burden on his coin purse.

Absent father and mother who abandoned him. He does not know them or who they are, but has vague memories of them from the amount of time he did spend with them. He is fond of his fellow party members, finding them to be both a hassle and good companions.

Vox has not thought too hard on the topic of religion. He finds it too constrictive for the way he wishes to live.

Vox is charismatic; however, he finds that sometimes he doesn't have the patience to deal with rude people or people who attack his capabilities, devolving to him usually pulling a gun to intimidate people into doing what he wants.

Loves to study engineering and mechanical processes, finding it useful in other aspects of his life.

When being formal, he prefers to speak crisply and enunciates his syllables clearly.
In the less formal setting, his heritage from the slums comes out in his manner of speaking as well as his word-choice.
Vox's voice has a wide-range. He typically speaks in a light baritone voice. When serious or angry, his voice changes to a precise, cutting tone so as to convey his thoughts in a direct manner

The major events and journals in Vox's history, from the beginning to today.

The list of amazing people following the adventures of Vox.