A Homebrew / In Development game In the world of Miranse
| Full

The winds rattled the room's windows as if to break their panes and to steal the occupants' attention from their business with each other. Neither window nor occupant paid the slightest attention to the winds' effort.     The panes could easily have broken as their fragility was a given. The glass in the lowest parts of the city was generally not the best. That these particular panes of window glass had survived this many years was testament to their endurance.   The occupants were not nearly as fragile. The royals of Amber-once-a-kingdom were mindful only of each other. Some were predatory in the way they followed the others' smallest motions. These others watched with feigned casual interest. At least one showed a smile at times that was inappropriate. Another took slices of cheese with some elan from the sideboard's selection and seemed diffident to the counsel that went on about him. One counselled nothing at all, preferring to be as silent as a sealed mausoleum interior.     This last individual looked at his half sister and half-brothers. All of them shared a father that at best had been absent for almost all their childhoods. At worst, Oberon might have been too demanding, too forgetful, too off-hand, too harsh, too distracted. A distant figure of a father. That his children were able to barely tolerate one another wasn't surprising; that here in this room there was an effort being made to fix this, was.     The winds raised their voices to become audible to those inside for the first time. A shrieking tone that sounded like a collective choir of far away dead worlds. The piercing noise stilled the running commentary within the room -- even royalty needs to hear its voice to speak. Abruptly, the high-pitched screaming halted. Seated in a wing chair, in the corner of the room, sat a figure bathed in a light suitable to reveal this person and added a patina that illustrated his ancient origin. 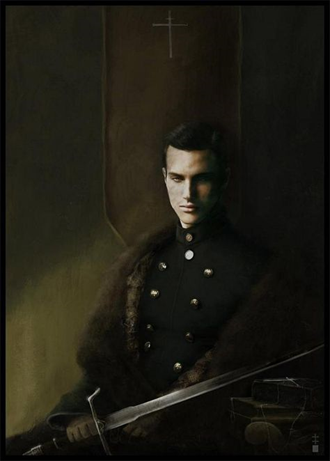 Selidor     The family of Amber looked to each other for guidance. It was only Gerard, recently removed from the list of brother-at-arms, that looked back at each with a measured look of understanding. The rest waited for him to explain.     "Some of you might have been aware of my relationship to Oberon before today. None of you would know about this fellow though I wager. Allow me to introduce my son, Selidor."     Following this shock introduction, another moment's stillness came to the room. It might have been a lifeless moon for all the animation the room had. . . Read the Report

Explore the world of Miranse