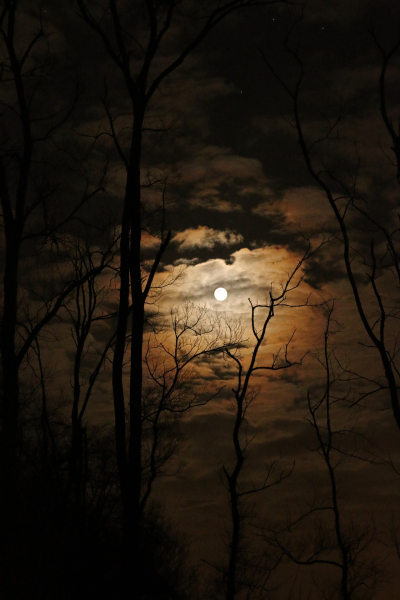 In the world of Altearth

I reached out, searching through the cacophony of emotions for the right one. I struggled to keep my mental image of Odin in the forefront of my mind. The silver-blue of the bifrost filled my mind, keeping me from using any of my astral senses to help the process.

Technically, what I was doing was simple. Step into the bifrost. Think about the way your destination feels to you. Pull yourself to that feeling and step out.

In reality, the bifrost cut across hundreds of worlds. The jumble of emotions was so overwhelming, I kept losing my hold on the feel of my destination. Each time it slipped, I shook myself out of it and started again, pulling at the memories I had of Odin.

A flicker of similarity brushed my consciousness and I latched onto it before I could lose it. I smooshed it against my thoughts of the All-Father, frowning at the slight variation that gave it a slight jarring feel.

Frustrated at the process, I pulled harder, then stepped out of the blinding highway between worlds. Exhausted by yet another exertion of will, I flopped down on the grass, barely seeing what was around me.

I stretched out on my back and closed my eyes for a moment. The grass was soft on my back, and the gentle rushing gurgle of water nearby soothed my nerves. I considered falling asleep right there.

But that would be rude to my hosts. And the Norse were pretty hardcore about their host-guest relationships.

After a moment, I rolled over, finally getting a good look at my surroundings. The green grass was trimmed to a soft carpet surrounding a stone-paved garden, complete with benches made of a light tan wood. The plants were beautiful and lush, filling the spectrum of colors, textures and shapes.

I stood up, dread replacing my initial confusion. The center of the gardens was made up of a series of ponds, filled with lillies and lotuses. Orange, white and black shapes darted beneath the water plants.

The booming voice told me that I'd not only been discovered, but that the resident had recognized me. He was big on trying to charm people to his side, but we'd already done that song and dance.

I turned to face the old wise man who was actually the most petulent god I'd ever met. "Jehovah. Nice to see you again."

The man curled his lip in a sneer. His hands were crossed under his long white beard, each tucked into the other arm's sleeve. "Liar."

I shrugged. "Much of common courtesy is lies of some degree."

I scowled. "Why did you trick me into coming here?" I countered.

"Trick you?" His face was the picture of offended.

I put my fists on my hips. "I was travelling the bifrost, quite innocently, minding my own business. Then you intercepted me by mimicking my destination." I smirked. "Didn't think I'd figure it out, huh? But you couldn't match the feel of Odin completely, could you?"

Jehovah's face immediately turned to stone. One of his eyebrows quirked up while his lips pressed together. "Only for lack of desire to do so, I assure you," he ground out.

I rolled my eyes. "Look, I'm going to be stuck here until- Well, for a while. I don't want to cause problems, I'm just trying to figure out what's going on with this poison crap. Stop screwing with me, and I won't screw with you, okay?"

Jehovah watched me, expressionless. "Poison? Stuck?" Suddenly his brows rose. "You are... unable to return to your body?"

I shrugged. "So much for you being all omniscient, huh? What, you never met an astral projecting coma patient before?" I rolled my eyes again. "Maybe get out once in a while."

A cold shiver ran down my spine as the deity's lips curled up in an unpleasant smile. "Comatose. How... interesting."

"Why is that?" I swallowed my nervousness, but my voice trembled despite my efforts.

Jehovah shrugged, pulling his hands out of his sleeves. "Just a little gray area," he muttered. "A loophole in the rules."

A thought passed through my mind, and the fourteenth runespell tingled against my chest as I pulled out the knowledge of the gods and the rules that bound them. My breath hitched in my throat and I turned, sprinting for the bifrost.

The knowledge burned through my mind. A mortal who could not get back to their body was a legal gray area. The rules that kept the gods from fully interferring with the mortal realm could, technically, harm a mortal who was not attached to the mortal realm.

Often such mortals entered some sort of comatose or vegatative state due to actually misplacing their bodies. Like losing your car in a huge parking lot, astral travel meant you could misplace your body.

It was one of the first hazards you learned to overcome when going astral. Most people did the silver cord trick to keep themselves connected to their physical form, but there were other methods, too.

At least, that's what the medical exams would indicate. Instead, you would be permenantly seperated from your body. In the worst cases, your spirit, or astral self, could be attacked and even destroyed, though that was extremely difficult.

All of this flashed through my mind as I ran. I could hear the laughter rising behind me, a strangly pleasant sound that made my insides curl up. The laughter faded as he spoke. The voice, changing from the smooth creak of the old man, Jehovah, to the oily seduction of Lucifer, simply spurred me on.

"Run from me, Nicola. Run far and run fast. I will chase you like a hound chases a fox. When I tire of chasing you, I will catch up to you. But that will not end our sport. I will keep you forever, and your punishment for crossing me will be eternal. Your pain will be my balm."

I threw myself into the blinding chaos of the bifrost without a moment's hesitation, the laughter returning to follow me across the worlds.