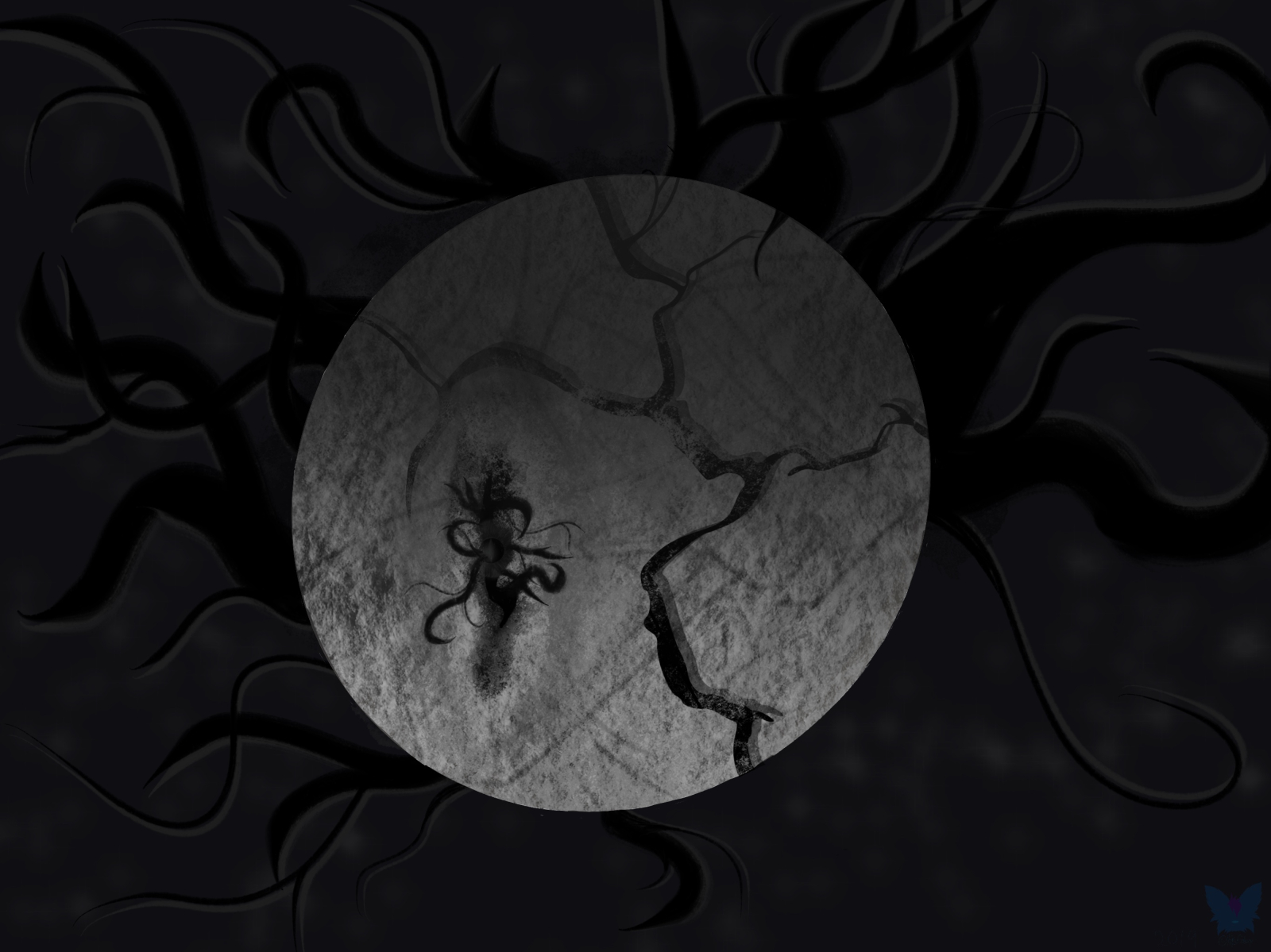 The void dragon
Kitsu Galaxy
My name is Frank. I do a lot of travelling and my companion Eddie says I should start writing what i see down, and detailing the world as its "a new frontier" as he calls it. See I and every other human here on Yarth used to live underground in a vast tunnel system that spans the whole world. We called it "The Network" and it was carved out hundreds of thousands of years ago in an event known as "The Hemorrhage" the exact details of it are iffy at best, and the only things we know for sure are that an amorphous entity known as Amans that was trapped inside of Yarth suddenly broke free shattering the world under its immense power. Oceans boiled and rained down elsewhere, mountains crumbled to dust, and continents themselves were deformed and changed beyond recognition as Amans forced his immense body out of Yarth, coalescing in high orbit. His plan most say was to destroy humanity and end the sun, though why, no ones sure.   That is where the facts end and the legends begin. myths speak of a band of supernatural heroes of old that gathered an army and assaulted Amans, forcing him to advance his plans and destroy the sun before humanity. Through the sacrifice of one of their own they summoned an elder god to help them and in a last ditch final battle at the core of the dying sun. Amans was defeated, having his soul and intelligence shattered and leaving his now lobotomized body to return to Yarth instinctively as well as his shattered mind, for each piece of his soul found refuge in objects of great power that we now call vestiges.   But the sun was still dying Amans had succeeded in killing the sun, there, in the flickering lights of a dying star. The heroes of old knew what they had to do. They sacrificed their own divinity channeling it into the dying sun and created a new celestial being named Sol. who now silently watches over Yarth shining his multicolored light across the broken landscapes of shattered cities and sunken technologies. Sol's only catch seeming to be that he would periodically dim in the sky until he vanished leaving the world in darkness until his return. Humanity rebuilt, but this peace was short lived as Amans was also able to call another of its kind before being shattered which arrived only a decade after the hemorrhage. Light seems to be poisonous to these beings and so she took shelter in the moon shattering it with her immense size but keeping the broken husk together with her terrible tendrils. Venari was her name... we all know it... she whispers it to us every nightfall. and her arrival was the end of everything. we still have certain recordings of the event, but the world wasn't ready. People looked up in horror and wonder of the shattered moon as night fell and sol left the world she pulled the moon apart further revealing her true form and any who gazed into her became her acolyte gaining terrible powers and doing her bidding, they quickly overtook Yarth and humanity went extinct. except that is, for those in the network.   Venari may still be a threat that looms over us all but she wont stop us now that were prepared. We will take back our world and learn who we used to be. with sun stone in hand and Sol overhead this world WILL be ours again!     A HUGE HUGE HUGE thank you to Kris Straub for making Local 58 weather service announcement and inspiring this entire world!