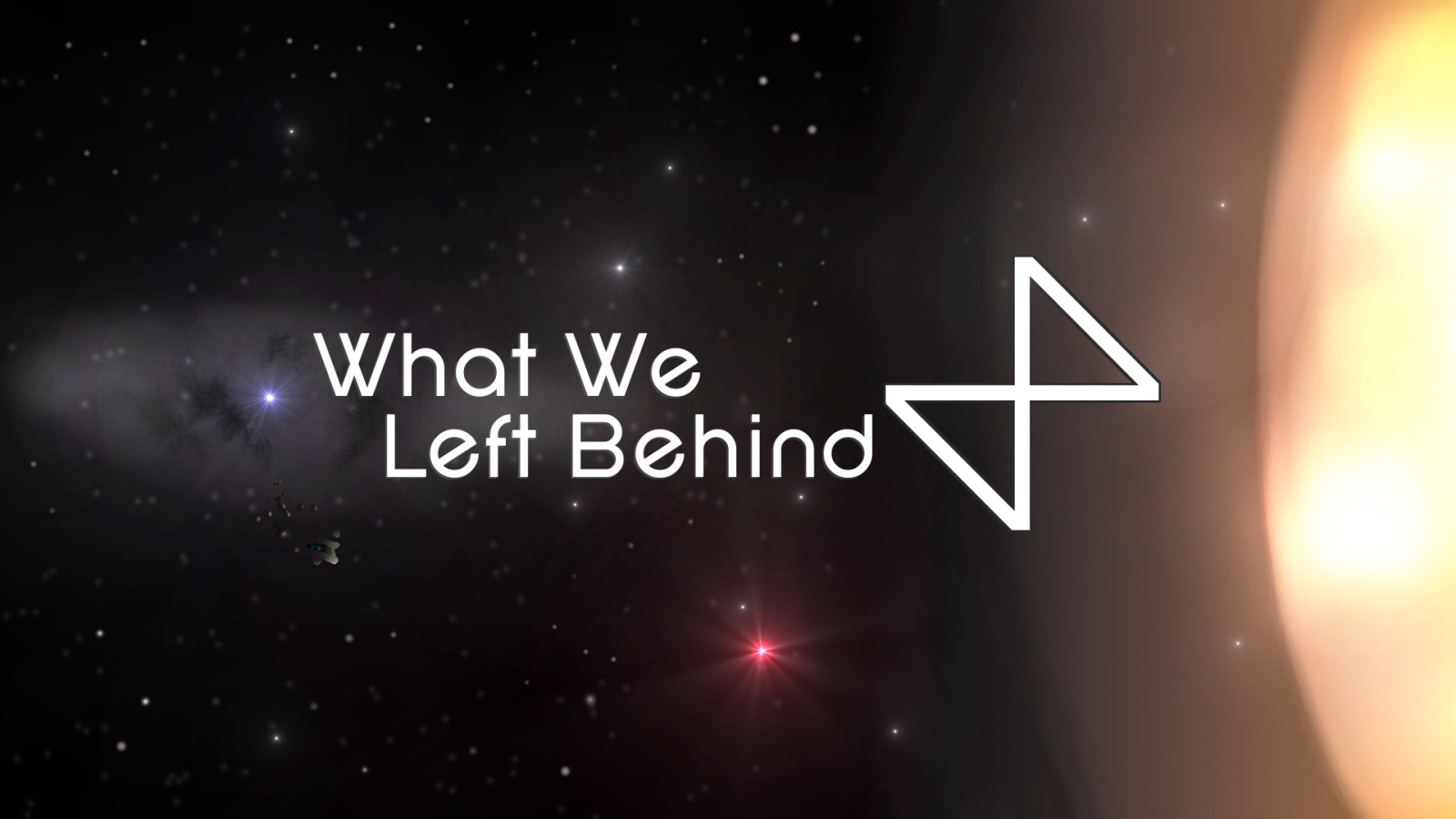 What We Left Behind

izzymandias1
"We must never forget what we left behind; lest we sit idly, waiting to be reminded."   Humanity was broken. Years of devastation had been followed by years of struggle. Mankind's first contact with an alien species in 2049 forced humanity from its ancient sted; in Alpha Centauri, Humanity found barren worlds and lifeless moons, only to uncover the rarest treasures of all - a gift, from a long-dead civilization.   That gift saved humanity.   An alien spacecraft, more ancient than the earliest tribes, held secrets that would challenge and maintain researchers for generations. Terraforming; Material Technology; even the schematics for a device that could fold the very fabric of Dimensions around a spacecraft, allowing incredible acceleration and facilitating intra-planetary travel.   But none could exceed the importance of The Gate.   Built on the whims of our progenitors, Humanity was connected to a cluster of a hundred stars. And, like wildfire, we tore across them; the frontiers ever-expanding. The Old Governments that had been reformed and rebuilt after the occupation formed the Commonwealth of Humanity, who proclaimed themselves the guardians of humanity against the aliens that destroyed our homeworld. And, of course, to facilitate this grand task they had to expand across the entire cluster; every rock was to be overturned in the search for answers.   As its expansion marched ever on, the people of the Frontier suffered. If one thing was kept from Earth, it that some people were born more equal. Those first to the Frontier found barren worlds; through tireless effort, even with the gifts of our forebears, they made gardens. Yet, these people weren't born under the waves of gravity - when the first real settlers arrived at their worlds, the laborers could not join them. Over time, these people cared not for the old Earth; they made new claims, new homes, and new Gods. They proclaimed themselves the Periphery.   And where there is law, there are people willing to break it. In the squabbles between the Periphery and the Commonwealth, few in the gilded parliaments and the fortress stations took notice of the ever-increasing raids on worlds on the border. It wasn't until a whole planet collapsed to these raiders that Ryukyu Tetsu became a feared name. Carving his empire from the systems too distant for the Periphery and too bothersome for the Commonwealth to claim, the Dragonlord's realm should have fallen with him. And it would have done, if it wasn't for the ruthless Commissary, designed by his eldest daughter, to rule in his place.   Yet in their bright-eyed optimism for a future undeserved, humanity forgot their broken past. The broken past, however, did not forget them. We must always remember what we leave behind.   What We Left Behind is a Hard Science fiction book series set in the near future after Earth is invaded by a hostile alien species, and humanity is forced to flee into the black. One of the main themes of the books is to always remember our past, lest we wish to repeat it in the present, and doom the future.

What We Left Behind has 1 Followers