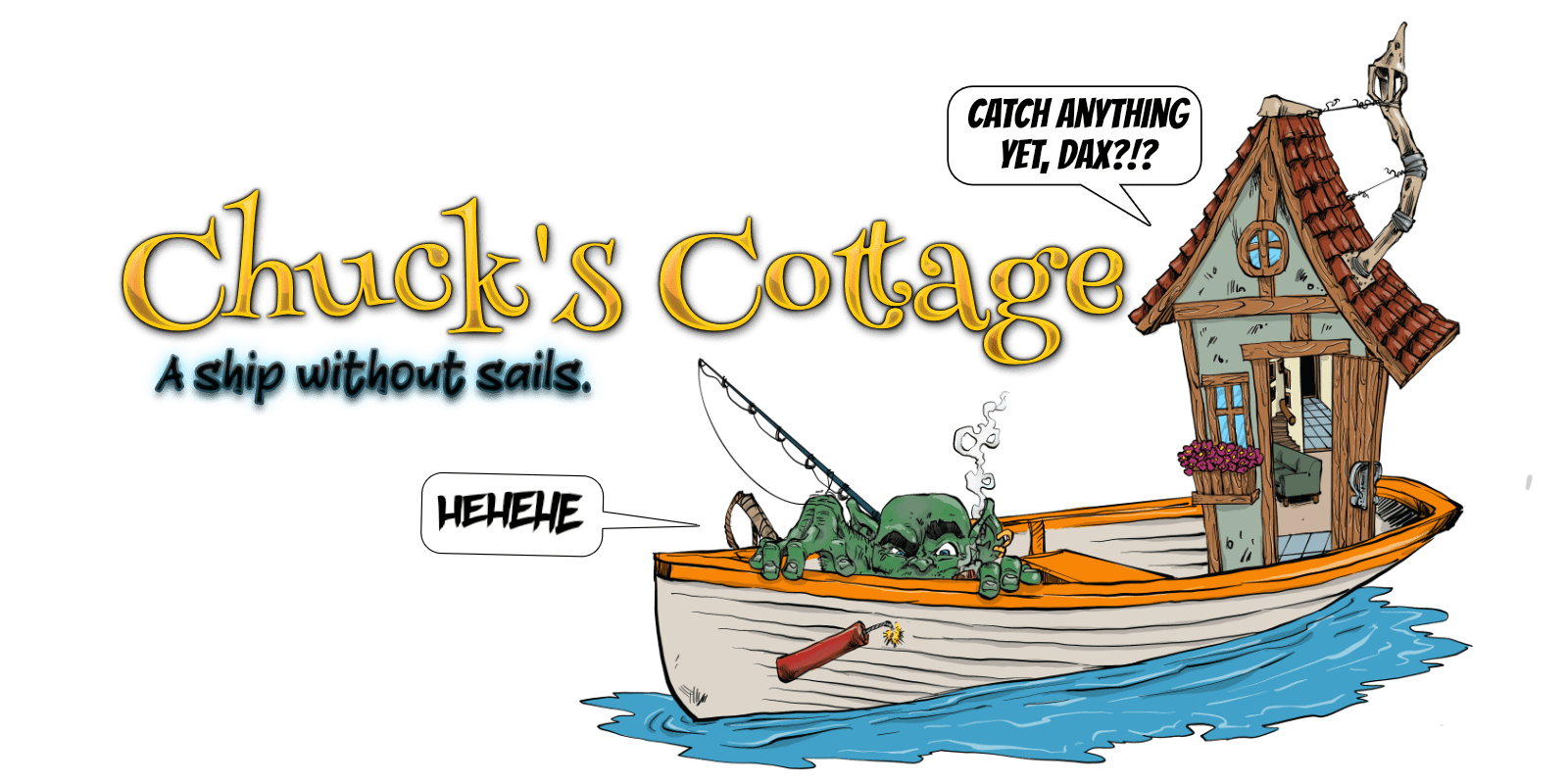 Wanted Hero    Lore      Chucks Cottage
Charming, quaint, and peaceful, Chuck's Cottage has been sitting for generations in the central forest of Sanctuary. What many do not know is that this very same structure has been both seen and experienced through time across Elämä.   Not once have the Iskari people asked what lay beyond the rickety old garden gate or front door.   They should have--they'd be welcome.   Well, except for Fred, but he ended up as a garden gnome in Chuck's garden (you shouldn't use a potty-mouth in front of a sensitive mägo.

Crafted by the Hero of the Gem, the 'cottage' acts as an extention of his power and influence. A fortress to connect the center of his worldly power, outside of the Ithari herself. The ingenious building s woven with enchantments and a web of powerful magics to support those who dwell and are protected within.   ...but first and foremost to serve he who wields the Ithari.

The cottage is alive. Living, breathing, watching over htose who wander its halls, shielding them, and providing a timely escape when required.
— Morphiophelius Smith

There doesn't seem to be an end to this magnificant place. Every section you discover speaks volumes about the lord of this house...
— King Robert III

There's much I can say of the remarkable structure I've visited since I was a child. My father worked with and was close to Chuck, and I spent many days working by his (my fathers) side, in the greenhouses, tending to the rare Blueridge Sparrows and Rainbow Finches of the aviary. But I'd like to shre some of the maps I made by my own hand, and speak of the treasures few have been priviledged to see.

A Ship Without Sails 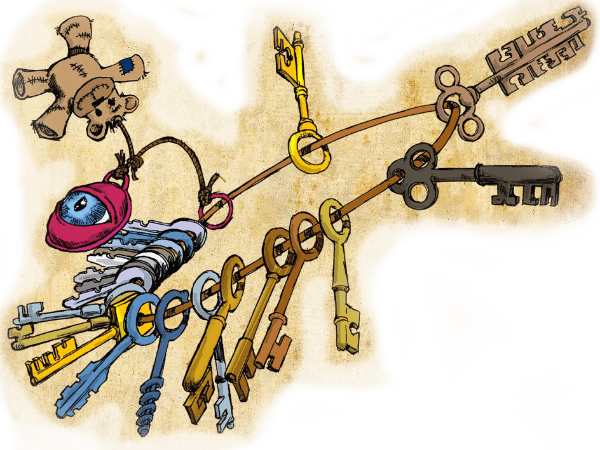 Chucks' Cottage, though he's now passed the wonership over to Wendell, travels to where it's most needed. The mägo always called it a "ship" when I was growing up.   I know, I know--sounds a bit crazy, but I swear by my own spectacles that the little shack actually moves. Not sure how to describe it better than that--wth dozens of records marking its location across all of Elämä to back my claim. From mountain peaks, desert sands and remote jungle locations, Alällään (her proper name, which translates In its Sphere) has no set foundation.   It's appearance resembles more of an outhouse or garden shack than a dwelling. Haphazardly put together with a mismatch of materials (though Chuck's made improvements over the years), your whole perspective is blown when you ste across the threshhold.   Any ocation required or constrcted by the Hero to fulfill the measure of his creation is connected to this dwelling/ship. Even my daughter Alhannah has experienced a connection through a door in The Black Market, which opened into a cottage broom closet!

What few understand about the nature of life, is all experience and gathering of knowledge is a corridor with locked and unlocked doors.   One must only open the door and walk through to the next corridor of locked and unlocked doors.
We learn, experience, and move on to the next until our journey ends--our purpose fulfilled.   Such is the safehaven of Alällään.
— The Hero

Helping my valiant wounded, we made our way to the light--our salvation from the horde.
The structure was smaller than a guard post--yet we entered, each and every soul, to find aid.
When the door was once more opened, we found ourselves in the pritective embrace of our homeland, Holääfeldi.
My people will forever sing praises to the Gnolaum!
— Thadred of the Northern Guard

Over the doorways and archways, if you pay attention, you'll notice one of two signs. Small plates, made of metal, with a single word incription on them.   The first is 'Tärpeeseen' [tarh-PEE-seen] which means 'for a need'. You'll find this over places where people are served, comforted, or protected. Places such as a kitchen, bedroom, or place of entertainment. While the other is 'Aikänään' [AYK-ah-nahn], which means 'in it's time', which you'll find over,...well, doors that are locked, or areas you should not be.   (Trust me, walk away...and fast.)   What will one find within the cottage? Wonder.
MAIN FLOOR
UPSTAIRS

EXTENSION A
EXTENSION B
Is there more? Yes. ...but I'm not allowed into those areas.
Lore

Very nice idea to have a moving house with that amount of stuff inside! It really is bigger on the inside if you can access a two story lastertag from there xp Is it actually known by anyone how it moves around the world or is that still a mystery?

The general population doesn't know it moves. Leaders and friends of Chuck know it is connected to numerous places, but only a handful are old enough to have seen the cottage move.   That being said, a great deal about Chuck remains a mystery to the world around him.

"Roller Skating Ring w/DJ Booth (and every Bee Gee Album ever released)"   Yes. Loved the whole thing, but that was a favorite detail.

Makes me wonder what response to the Disco Infusion was Chuck hoping for. Was a little booty shaking to be expected/allowed, and did the gnomes just take it too far, or what?

I've asked him time and again to clarify, but Chuck won't talk about it.   When I tried to go around him, through Höbin, we went to district records, but they've been sealed by the courts.   Not interested in crossing the Horsemen of Law. 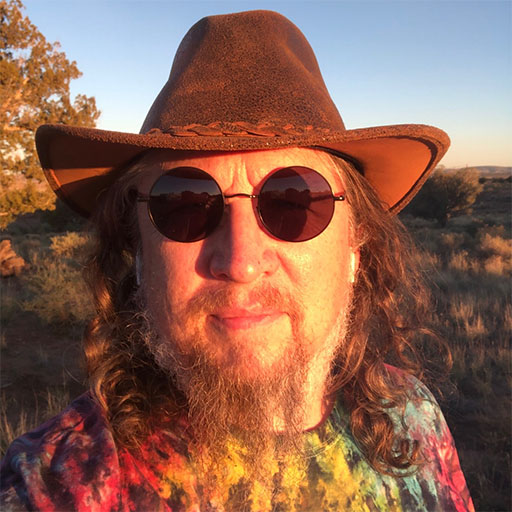 I dig your style!

Two storey library!? I'm there.   Great and creative idea. I love it. :D

Yup, and that's the one in the cottage. The Great Library, which the cottage is connected to, is a vast building I'm not ready to reveal yet...   But time stops, it feeds you, gives you drink, and allows you to spend as much time there as you desire--and then get back to life with your new knowledge.   (grin)

It would be hard for me to leave when there's a shooting range, a laser tag arena, a video game arcade, and more all a short distance away from each other in the same pocket dimension. Not sure what or how this is classified as a ship, but I enjoyed reading the article. Also, sucks there's no map, but it would either be a colossal pain to draw or be a bird's eye view of an outhouse...

Heya Chrispy_0, thanks for stopping by and exploring!   First off--if you ere invited into the cottage, you'd be welcome to stay =)   As for being a ship--it moves from place to place, and there are records of Chuck asking Dax to join him for a game of shuffleboard...which they got to through one of the guest balcony doors. It opened up to the deck of a ship our on the open sea.   Don't ask me to explain at this point--Chuck isn't sharing his secrets.   I have maps being worked on--but I won't have them in time for the contest--we've had several deaths in the family this month and I'm just not up to anything but being with family right now.   ...but it IS coming!!

You had me sold at two story library (well, you had me sold much earlier than that, but still, who doesnt want a 2 story library).   The only real feedback that I can give is there are a sprinkling of typos throughout, mostly of a letter being dropped. good and entertaining read overall.

I know, two stories, right? Oodles of books, oooOOOooooo....   THANK you for letting me know about typos---will comb through them. It's mostly because I don't know how to type properly---been hunt-n-peck(ing) my books since 2005.   I'm hoping to get a few of the characters to consent o be on my new podcast and talk about the Cottage.   THAT would be fun..... https://lifeofiction.com