While most Thieves Guilds across Erub have unsavory reputations, known to be dirty and vulgar with their deeds, the Ndragenta have long institutionalized themselves in the Small Dwarf Hills, and have created the idea of the sophisticated and organized thief. But perhaps Thieves Guild is a misnomer. The Ndragenta is the collective name for many groups dealing in organized crime. With the ending of the Blood Wars was a social upheaval in the Small Dwarf Hills, and many landed nobility were killed and their properties were violently transferred to the peasantry in a micro-revolution. With the massive increase in landowners, there came a need for protection of property not able to be provided by the barely functioning government. It was here the Ndragenta formed fully as an institution. And, as the Empire grew in wealth, it became possible for a sufficiently cunning thieving organization to create a luxurious lifestyle for itself.

As described in the article on Seinis, there's currently a conflict between the old homage and feudal system of old, and the new unitary government that the Kingdom of Seinis wishes to push onto its subordinate countries. It is perhaps ironic that the Small Dwarf Hills, constantly frustrated by the individual powers of the Ndragenta groups, is the country closest to being fully integrated into the unitary system.

There is a code of conduct for the Ndragenta. Supposedly, they keep a certain honor about them, only dealing in certain illegal objects, and only causing violence due to specific, pre-determined, reasons.

The basic unit is the 'clan'. Each 'clan' claims sovereignty over a territory, usually a small town or a neighborhood of a larger city, from which they will run their rackets. The Ndragenta's core activities are protection racketeering, the arbitration of disputes between criminals, and the organizing and oversight of illegal agreements and transactions. A 'clan' usually remains at this size, managed by a patriarchal authority, though multiple 'clans' may unite on occasion, only to break up due to petty disputes afterward.

The Ndragenta hold much of the southern and western ends of the Small Dwarf Hills in thrall. These regions, being far from central government control, and being hilly and difficult to travel through, are prime locations for crime to fester. The common people are forced into subordination to the Ndragenta with minimal benefits. This crime group is a thorn in the Kingdom of Seinis's side. They corrupt and frustrate the efforts of caravans entering into the Kingdom of Alk'kir. They cause much violence as massive gang rivalries break out. And all the while they often act strictly under or within the law, making it impossible to lawfully indict them in a court.

The local government is wary of the Ndragenta. Rarely, they may hire adventurers to curtail and control the Ndragenta, but these methods are outside the law and are considered almost vigilantism, and could inspire further conflict. 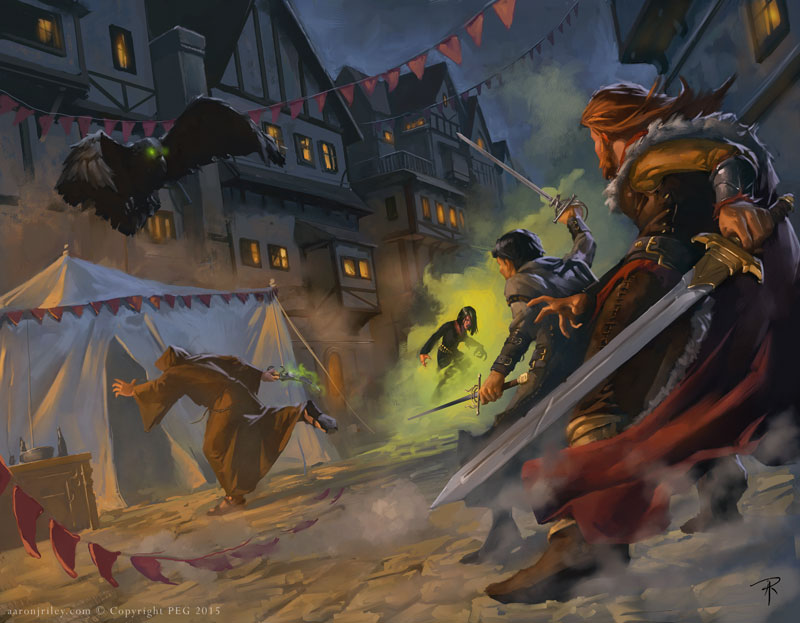