He died many years ago to two great Elven heroes. His death wail shook the Vulga and awoke the earth spirits in the land, allowing communication to be made with them.

The Black King was once a mere lieutenant to a greater emperor. During the times of the Wars of Hate, the Eastern Elves, under command of Gendûet, conquered much of the world. The West was placed under the rulership of Nevundahl, and his lieutenant was Elwëdorf.

When the Gods descended and destroyed all that Gendûet had wrought, small echelons of evil, scurrying into the darkness like roaches, remained in the world. The Black King, with his powers over the Action Existential, was able to recreate much of the old empire of Nevundahl, and so began his dark reign.

He ruled for a hundred years before he was finally slain along with his Trident. All the magic of Gendûet couldn't avail him, and his spirit was blown away by a clear wind, never to return to the world.

Though his empire ran short, the kingdoms that came after it lasted long. They were ruled by the lieutenants and captains that ran the Black King's armies. Their kingdoms lasted for nearly 700 years afterwards, going through many changes, but still retaining their dark heritage of the Black King. These inheritor kingdoms were only eventually quashed by the arrival of the Nelqorana.

This knowledge has been recorded in the epic Tar-Aïnua Dale, and we source our information from it. 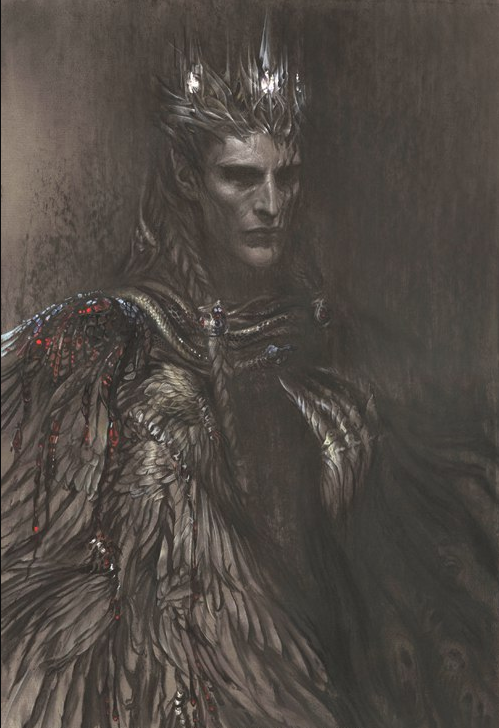