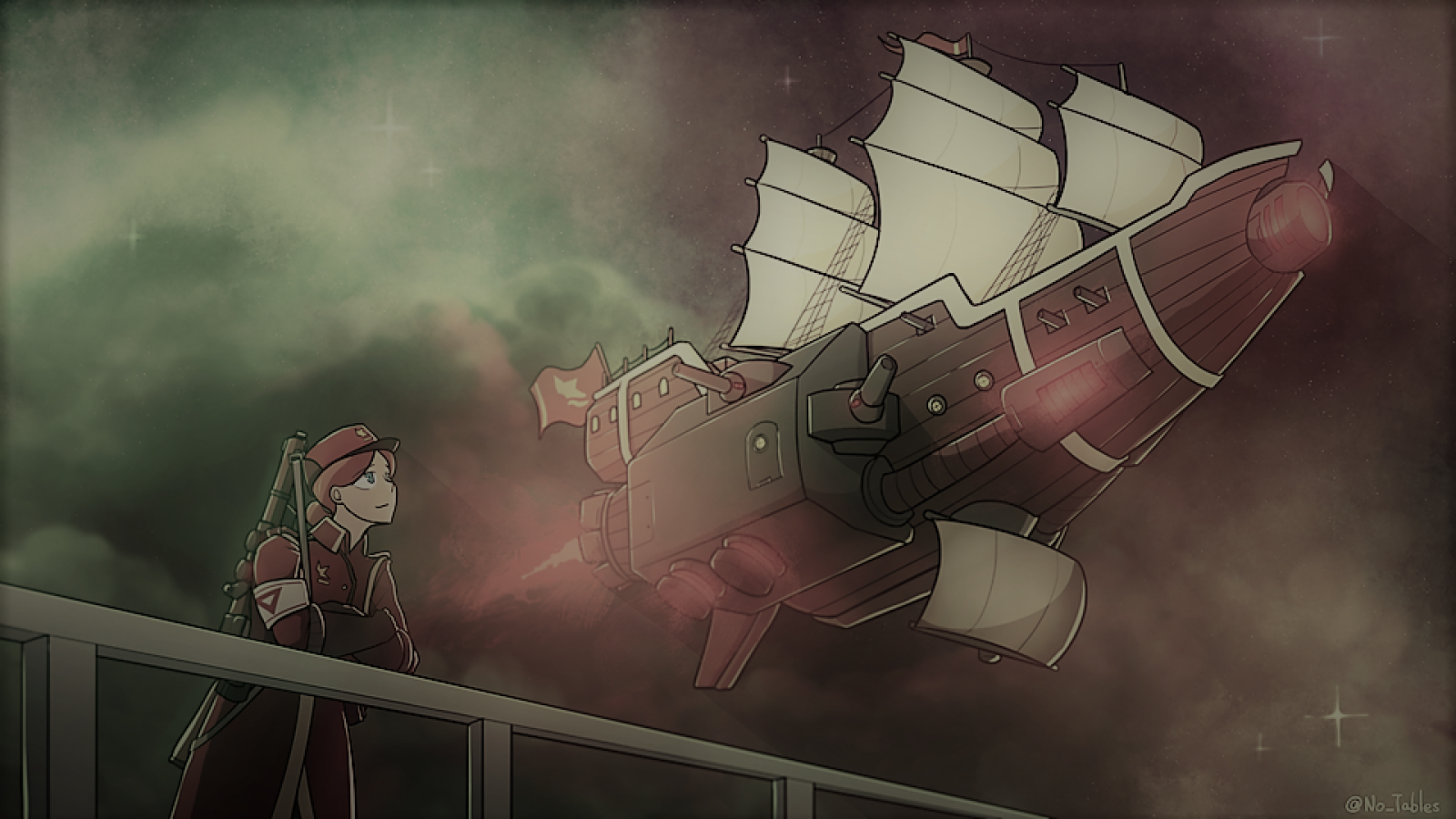 Welcome to the galaxy!

As you may have guessed, this campaign takes place across an entire galaxy. It's called Asteria, and it's a pretty big place. Though it may take place in space, and though we've heavily borrowed some sci-fi tropes, this is still a fantasy setting. Here's a few things you need to know to get started.

Unlike the galaxies you may be familiar with, Asteria doesn't have planets. Instead, it has islands - small, disk-like pieces of land that orbit stars. Some of these islands are inhabited, and some aren't. It's on these islands that most of the galaxy lives, though your adventures will take you far, far beyond the trappings of civilized space.

Don't let the setting fool you - this is a sailing campaign. Travel between islands is possible by means of stellar ships. These aren't the chrome-plated, cigar-shaped spaceships that you're thinking of. They're literal sailing ships in space. Wooden hulls, heavy cannons, gold-trimmed naval uniforms...the whole nine yards. And yes, those sails are absolutely necessary.

Technology is a bit more advanced than in your typical D&D setting. You may have noticed that firearms are a thing, for instance. Small magic items, such as enchanted envelopes or ever-burning candles, can be bought at your typical corner store. More powerful magic, such as the ones that empower weapons, is also pretty darn common - you'll likely come across more than a few on your travels. Asteria is so varied, who knows what you will find?

Welcome, Adventurer. The galaxy is vast and full of wonders