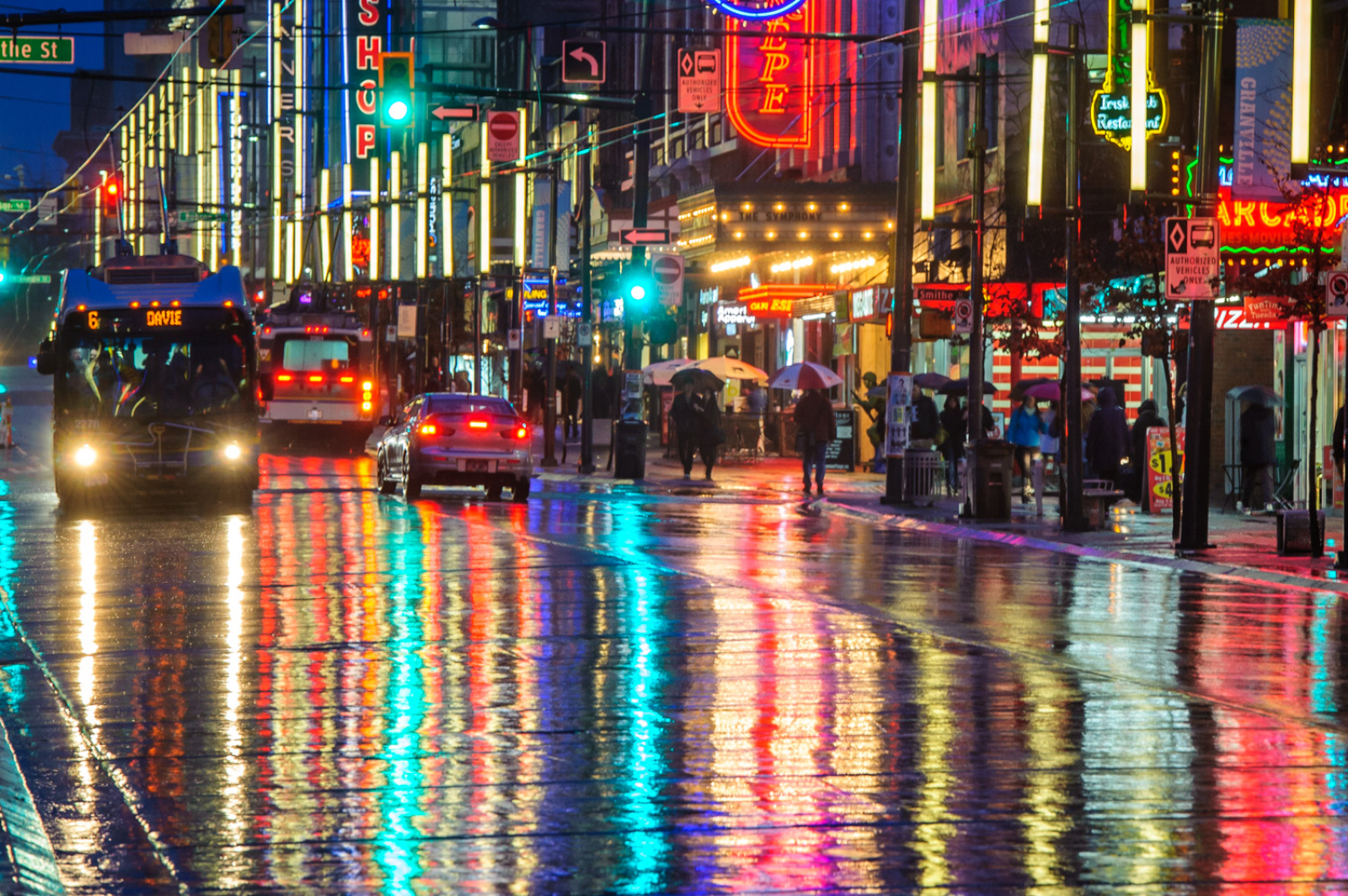 The World of Darkness

Altior
The seemingly perpetually rainy city of Vancouver, a haven for the undead that reside within. Neon lights streak through the darkness of the night while the ever-present rain pounds incessantly through the streets and alleyways. A city on the verge of exploding, with many groups of Kindred vying for control amidst the power vacuum left in the wake of the former Prince.   Sabbat, Camarilla and Anarchs; all moving in to the city at a startling rate. 10 years ago there was but 20 Kindred in the city, now there is well over 200 of various factions attempting to crush the others. Your group starts having come to town with the Camarilla, but will the Camarilla be what keeps you there?   Will these rain soaked nights forever belong to the Kindred, or will the Lupines come to claim the city from them. Following the coup of the former Prince Siegfried many Lupines were left embittered to the local Kindred population. Will the Kindred unite to face the Lupine threat, or will a group forge a new alliance with them to destroy their opposition?

The World of Darkness has 0 Followers