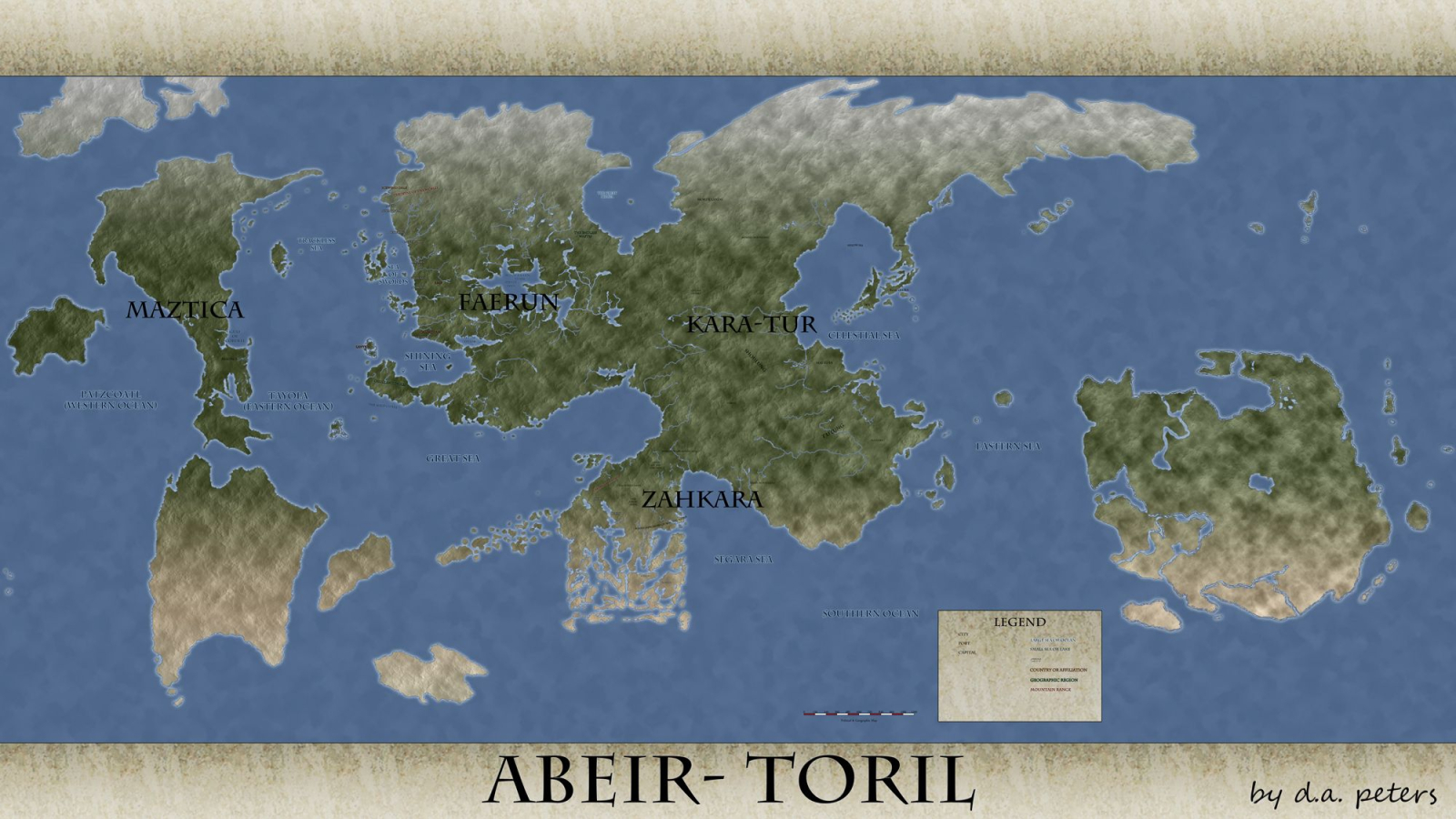 Zombieburner
Toril, the world of the Forgotten Realms is a world of many countries and continents, but this world will simply cover one part of the continent of Faerun. However, the Sword Coast is a realm of many different peoples and governments. From city-states to protective Empires, the sword coast is a land of intrigue and adventure.   The Olympians were an adventuring party that were stationed out of the Sword Coast. These Olympians aptly named themselves due to their opposition of the Norse Titans, followers of the primordial God Dreus, a powerful entity who used their hero God Valkur to manipulate them until they entered his fold. The Olympians managed to come into possession of the Fey Blade, a weapon stripped from Dreus by the Seelie Court when Dreus was banished to the Far Realm. Dreus' ancient weapon would've greatly crippled him in a final fight, but the Olympians vanished while detained at Fort Morninglord along with the Fey Blade.   Many armies and adventurers banded together to stop Dreus and his followers, but without the aid of the Fey Blade, they ultimately failed, and a gate opened from the coast where the Star Spawn of Dreus stormed into the world. Along with them came the essence of Dreus. Four distinct parts of his personality that possessed themselves in four different humanoids.   The Sword Coast was the home to the Lords Alliance. Dreus has taken all of the land of the Lord's Alliance, and each personality controls a different aspect of government in his empire. In Waterdeep stays the Debaucherous in her epic pleasure palace. She makes sure the people remain sated with any means possible. In Neverwinter is the Destroyer, military general and head of the guards. The Diseased moves around often, her people being prominent in Silverymoon and Waterdeep and she acts as the executive branch. Finally, Destiny stays in the North, sending her messages of vision down to her people on the coast through the use of her völur.   (To those who don't know what is going on, this is a homebrewed D&D game wherein my players died, and the BBEG won due to their absence and the loss of an artifact to the evil that lies within Fort Morninglord. This is what happened after they lost up to 100 years later)
Tweet

The Reign of Dreus has 1 Followers