Leader of the Pack.

A tank who has seen decades of war and fighting. Once a soldier in the Great Machine War, he lost his troops and ranks when the Bombs devastated the battlefields and their armies. Several attempts to rebuild a new life for himself have failed under the reign of the new world order, until he finally stopped fighting it and found his new place in the world after all.   That place is the leader of The Pack, a platoon consisting of three tank destroyers - him and the two tanks he calls his brothers: Siren and Fang. They are feared in the North, but had to flee southward recently because they were being hunted down by its disgruntled inhabitants. Down in the North's southern parts, no one has heard of them yet; this is going to change soon, of course.

His camo and armour are battle-worn. Despite replacing old and broken parts whenever he can, it's difficult to keep up with repairs; he also deems cosmetic repairs unnecessary.

After the Bombs, he tried to hold his headquarters, but they were soon overrun by raiders. He could flee together with the last surviving soldier of his unit, but said soldier - Fang - was wounded by a collapsing building. In search of someone who could save Fang's life, Dresden came across Emma, a young tank who had rescued a handful of low tiers.   They found a bunker with a workshop and could repair and upgrade Fang. For a while, they lived there and raised the low tiers, but eventually, one of the low tiers betrayed them and gave their position away to a hostile team, who attacked the bunker. Emma got wounded and had to be left behind as Tate and Fang managed to flee with some of the low tiers.

There was dead silence - except for the concrete dust trickling down from the ceiling. No one dared to move, and Dresden listened intently. He counted the seconds. The tanks around him looked upwards anxiously.   "Don't panic," the Ferdinand whispered, "Everyone stay calm." Some of the gazes turned towards him.   "What was that...?" one of the tanks asked tentatively.   "That- that was artillery, wasn't it?" another one added. The fear in her voice made it tremble. Dresden nodded slowly.   The silence was ripped apart by another series of explosions above them. Shockwaves shook their hulls and pressed the air out of their vents. The lights flickered. Some of them didn't go back on.

However, the hostile team caught up with them and took them prisoner. They let the low tiers go, but sold Dresden and Fang to an arena.   There, the two tank destroyers had to fight in gladiator battles. But Dresden managed to cause a riot, during which he and Fang could flee - Siren, who had also been one of the fighters, fled as well and joined them. Since then, they have been fighting together as a platoon.

Was fighting in the war when the Bombs happened. That and losing many of his soldiers and comrades throughout the years have made him colder. 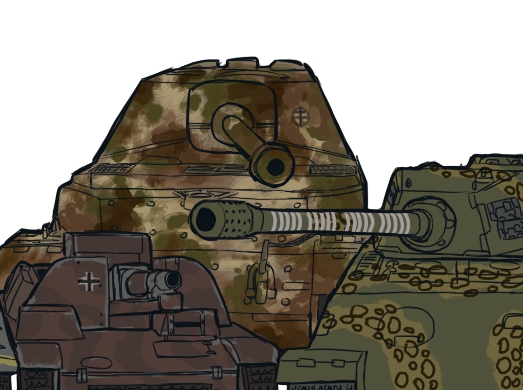 Believes in the survival of the strongest. He doesn't show any mercy when fighting, and wouldn't help strangers even if they came to him starving - if anything, he would welcome the free loot.   Despite his attitude towards strangers and enemies, he isn't a cruel tank. If possible, he grants his opponents a death with dignity. He may even let them go if he sees no point in killing them. He doesn't hold grudges, either - few things are personal to him.

He would never kill low tiers voluntarily; only if there is literally no way around it for whatever reason.

Having been around when the "gods" roamed the earth, he doesn't see much in their worship. When he was young, the old human god was still relevant; he used to be rather devoted to that god before he became too disillusioned to believe in any deities.

Tends to keep in the background. He usually speaks in a calm, quiet, but firm voice. 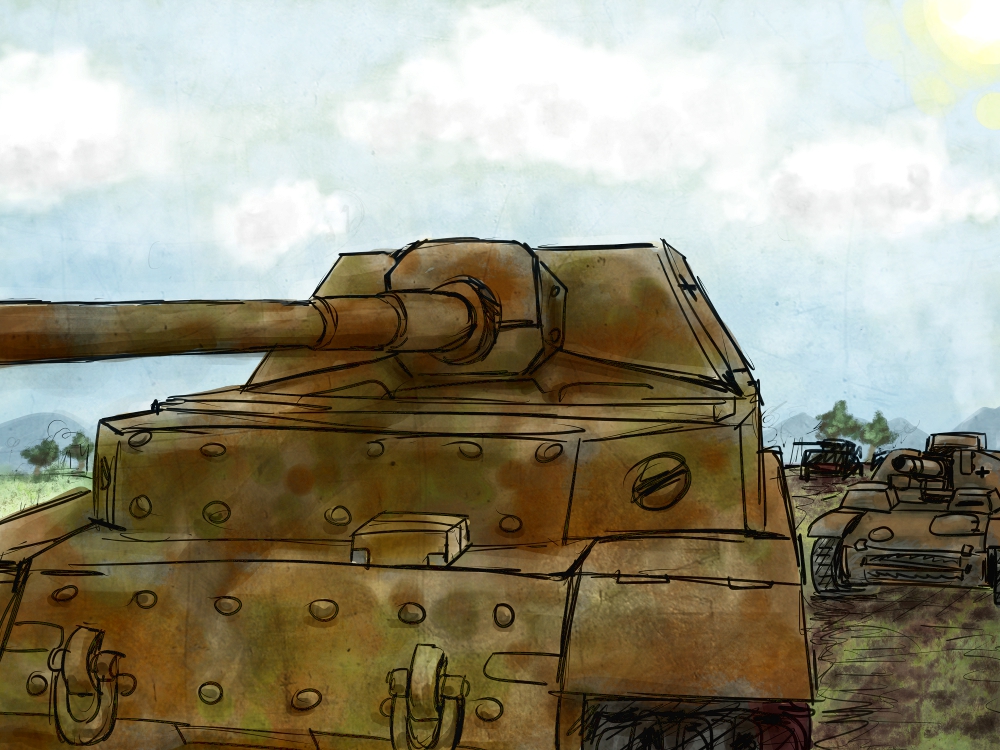 Lost his memories, and somewhere along the way, also his compassion.

The Hummelverse and The Tanking League are my creation. All content - including art - on this page was created by me, unless otherwise stated.
Want to submit content like fanworks, ideas, characters? Please note that you are accepting these terms if you do.
Article template
Character
World
The Hummelverse
Category
Main Stories in Characters
Author
arty
Publication Date
4 Apr, 2020
Creation Date
25 May, 2018
Last Update Date
10 Mar, 2020
Visibility
Public
Views
477
Favorites
Comments
0
Tags
the-pack