Sometimes, a family can be two halfwits and their boss.

“You … think it was them?” he asked.   “Taking on a whole team …” the scavenger said pensively, “Winning … Ain’t something many could do.”   She lifted something out of the hatch; it turned out to be a radio. Looking at it for a moment, she went on.   “And who else leaves behind the dead? In one piece?” she asked.   “But this far south?”   The scavenger lingered for a moment. She looked back at her fellow.   “The hunters are the hunted, sometimes,” she said, and tossed the radio aside.

Feared and infamous among their victims, these three didn't win their reputation in the lottery. They are skilled hunters and work exceptionally well as a platoon, their names known among the tanks of their territory. They may not be overtly cruel in their methods, but their lethal efficience and ruthlessness allows them to survive.   But when they're not in the middle of a fight, they aren't really any more scary than other teams. Almost quirky in the way they interact, these tank destroyers can usually be seen bickering among each other.

Dresden leads his brothers. He takes suggestions but has the last word on every matter.

Leader of the Pack. Has been around since before the bombs.

Lost his memories, and somewhere along the way, also his compassion. 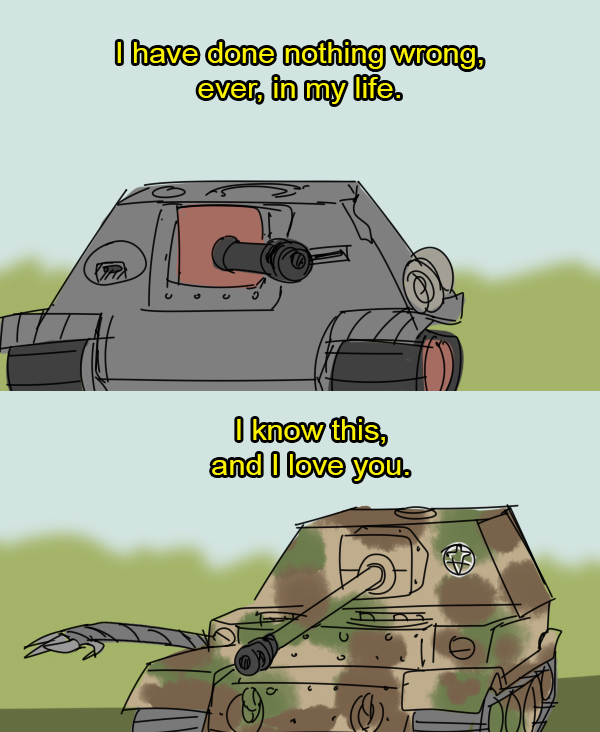 "Dresden said it's my turn to use the AI core"
— Siren, probably

Overall a bizarre and very interesting writing piece. I enjoyed the characters and found myself with plenty of questions and intrigue. I look forward to following this strange world and reading more that you have to offer.

Thank you for your kind comment! I hope you'll enjoy my strange little (big?) world. :D