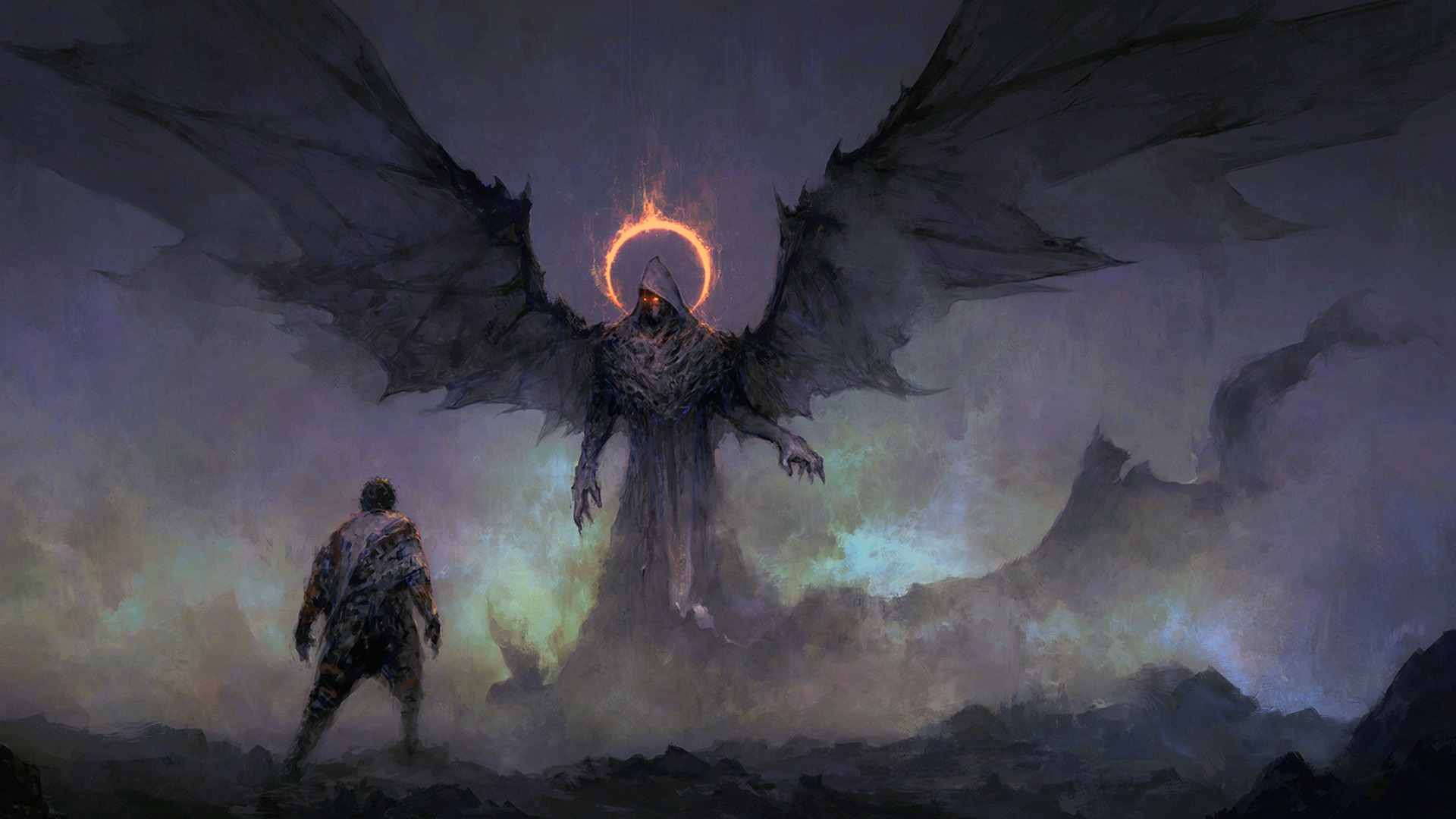 Go to The Broken World Homepage

Heaven has fallen. It fell over a thousand years ago. Some say it was the hubris of the Gods that caused it, fighting among themselves because of some reasons long forgotten to mortal kind. Others say it was their own creations, mortals, who dragged the very heavens themselves down onto what would become the Broken World. A mad few even claim that it was the first taste of an apocalypse that was barely halted and it is only a matter of time before the End of the World comes to consume all that is left. It matters not though, atleast to those who live on it now.   The mortal races now live in a world that has long been broken and now strive to live how they can. Feral tribes and bands of refugees banded together to form kingdoms and city-states, where they would go on to create powerful and grand empires that stood atop the ruins of Fallen Heaven. Of course, they would inevitably meet each and clash against one another in bloody wars of dominance.   As the mortal empires vie for dominance on the Broken World, the common folk are left unprotected and afraid of the darkness that creeps upon them. Devils, demons, and other assorted mysterious creatures are coming out of the dark and forgotten parts of the world. The world is coming to a precipice. Perhaps the End is near. Perhaps it isn't and the constantly changing hands of the Petty Empires will finally decide the true fate of the World. It matters not to you. All you need to do is live.