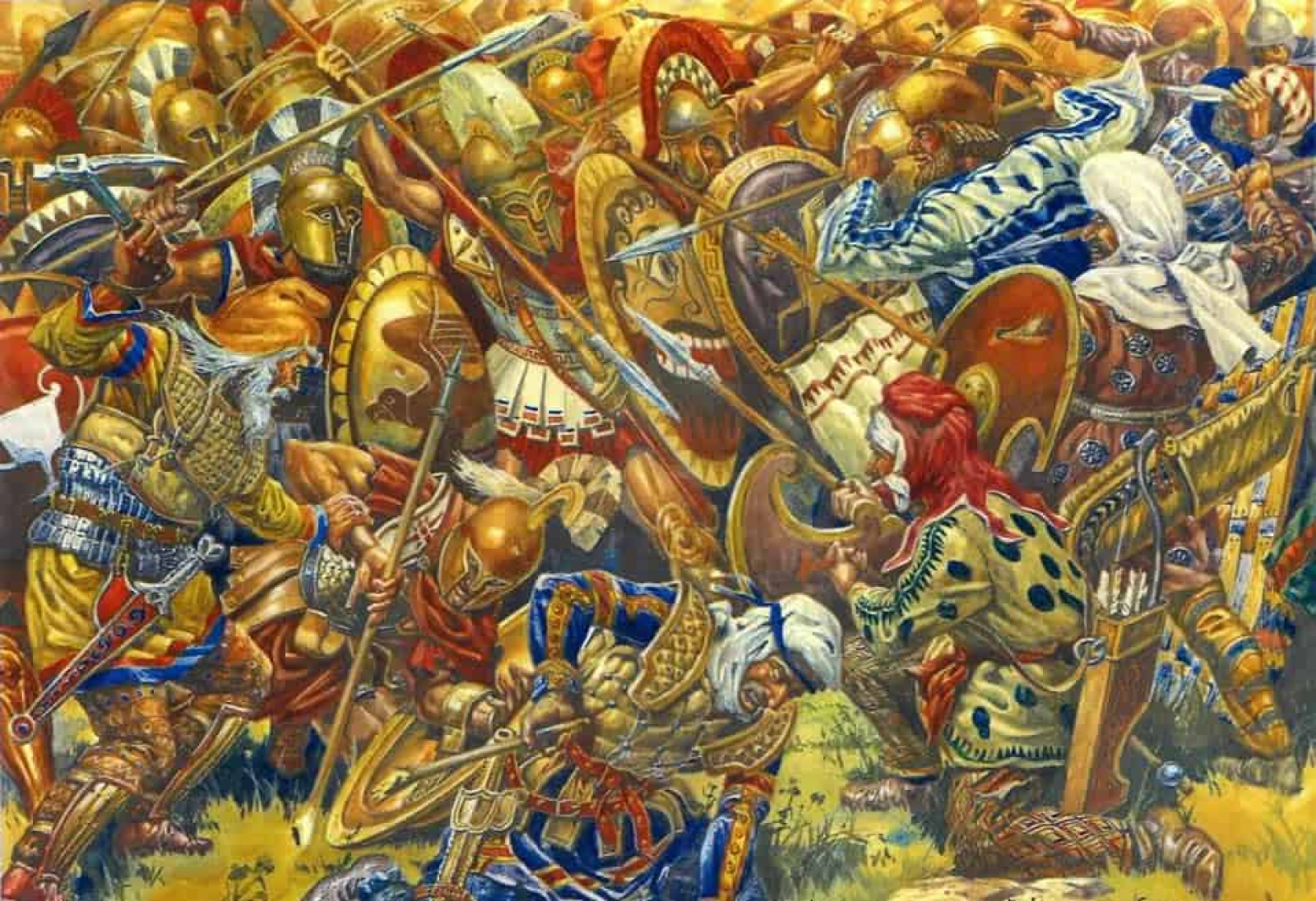 Agamemnon's Mask
Tired of the typical medieval fantasy setting? Teneterra could be the place for you!   For more than two centuries, the Barussa Empire was the most powerful nation in the world. Their armies inspired fear wherever they marched and defeated any force that stood against them. A string of competent rulers ensured the empire became a center of learning and culture in addition to a great military power. The only Barussa trait more infamous than their skill in battle was their brutality, which grew worse as their empire declined. Cities were annihalated, peoples scattered, and entire cultures eradicated. Eventually, the brutality that helped kept conquered kingdoms under the Barussa yoke would lead to their ultimate downfall. A dozen rebel kings formed a great alliance and managed to sack Bussar, the Barussa capital and considered the world's greatest city at the time.   Another century of conflict ensued, ceased only after another empire filled the void, this time that of the Satri. Once little more than farmers and herders in lands east of Bartura (as it was called by the Satri), their own empire would eclipse that of their predecessors. Never before has human civilization been so prosperous and advanced than under the regal embrace of Satra's Munasimuna. More than thirty nations pay him tribute, even more have become his vassals. Even after amassing exorbitant wealth and power, Satra's kings retain their appetite for further conquest. Satri ambition caused them to clash with the Venian Commonwealth, an older nation to the north whose power has been slowly building for over half a millennium. Competition between the war resulted in the most devastating conflict the world has ever seen.   Teneterra is harsh, yet filled with beauty. Several other races, such as giants and nymphs, call this world home. Once widespread, these non-humans are hard to find due to loss of their traditional habitats and bloody conflicts with humans. Due to ancient animosities, the world's races rarely interact with one another. Magic is not influential force, but there are rumors of its practice in distant lands.