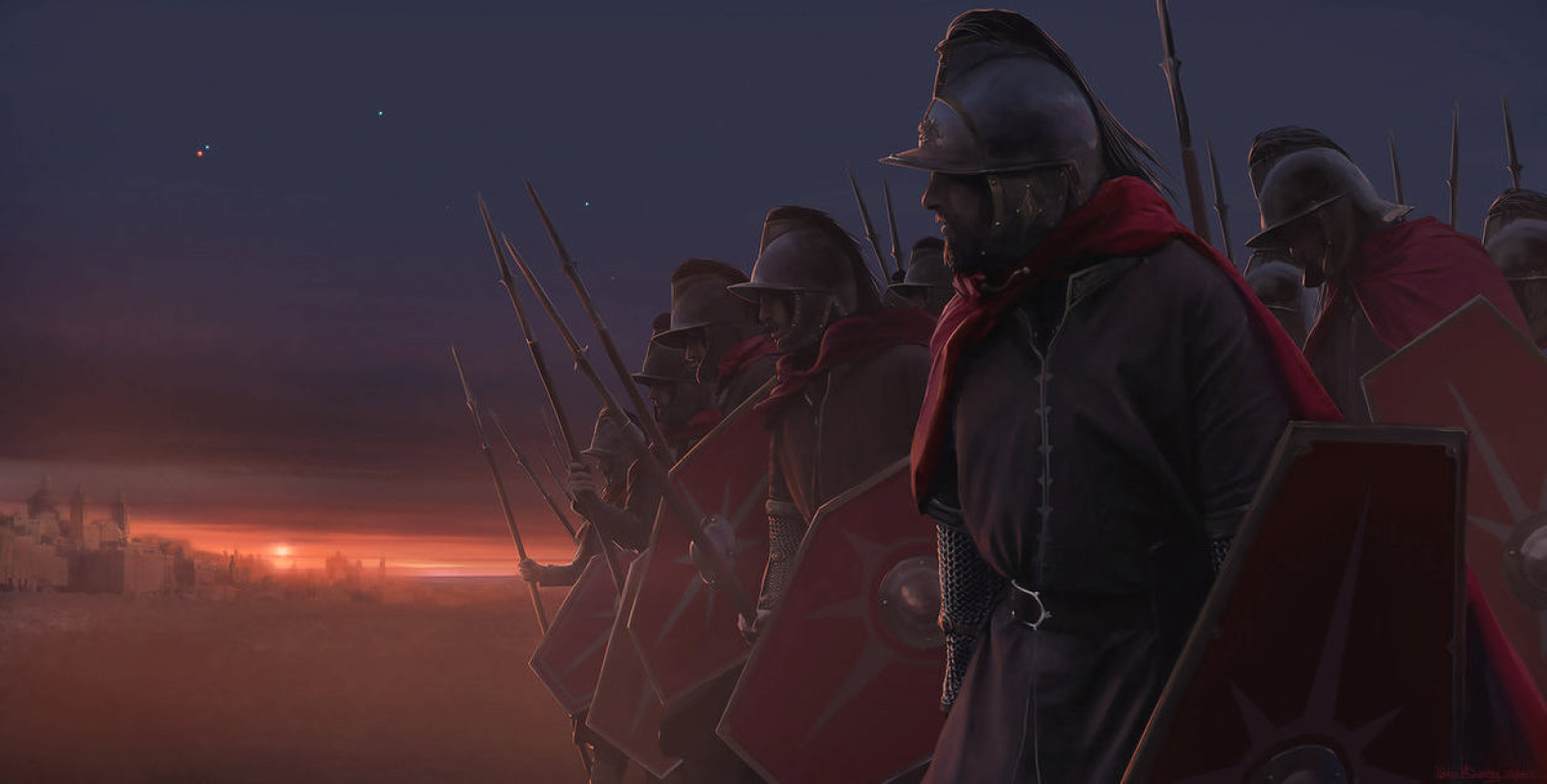 Janiculus
We are humans. We are descedants of The One. We made of divine essence. Save us, Sol, and help us in our fight with demons of shayem.
– Military prayer
What does life mean in a world of suffering, wars and lies? Even gods are looking on us with disgust. They've made this ground and us — muppets in their unmerciful game. Now we are on guard for something, a nature of what we don't know, and we believe it something we don't see. Everyone is looking for his own Truth.
– Markion, «About nature of Gnosis»
Solar Empire is a realistic world about history of continent Lutra from the first men to it's downfall. Action takes place in antiquity, continued to early Middle Ages. This world has no concrete magic, but full of mystics and strange things. There's no answers, does god exists or who created this world. And only way to prove you point is war.   Story is focused on a Solar Empire, which rulers consider themselves as incarnation of divine Sun. Suffering from heretics, traitors and conquerers it slowly goes forward, bringing a cleansing fire of new religion.   Truth is near.