"Say, Dad. Why did you call me Meili?"   "Why are you complaining? You're beautiful." Bohai Hàn gave a bemused huff.   "Dad..." Meili swam to his side. "I want to know why you and Mum made that decision."   The Hàn sighed, and turned to face her. "You're the first known of your kind, little one. Half merfolk, half human. We didn't know what to expect, so we wished for beauty. We wanted you to turn out to be a beautiful blend of our species. Even if you couldn't swim properly, or form legs... We wanted a beautiful life for you. But look at you. You inherited both your parent's strength, intelligence and beauty. Now you can work out the meaning of your name for yourself."

Meili is a student at Taru International Academy . She is a playable character that is planned to be released in the First Wave.   Half Human and half Merfolk , Meili struggles to accept her human side, despite her father's wishes for her to enroll in the academy. Still mourning the loss of her mother, Meili associates the land with unpleasant memories. Though she is reluctant, Meili agrees to attend the academy for a year. If she does not integrate with the other students she will leave, affecting the plot line for all characters. 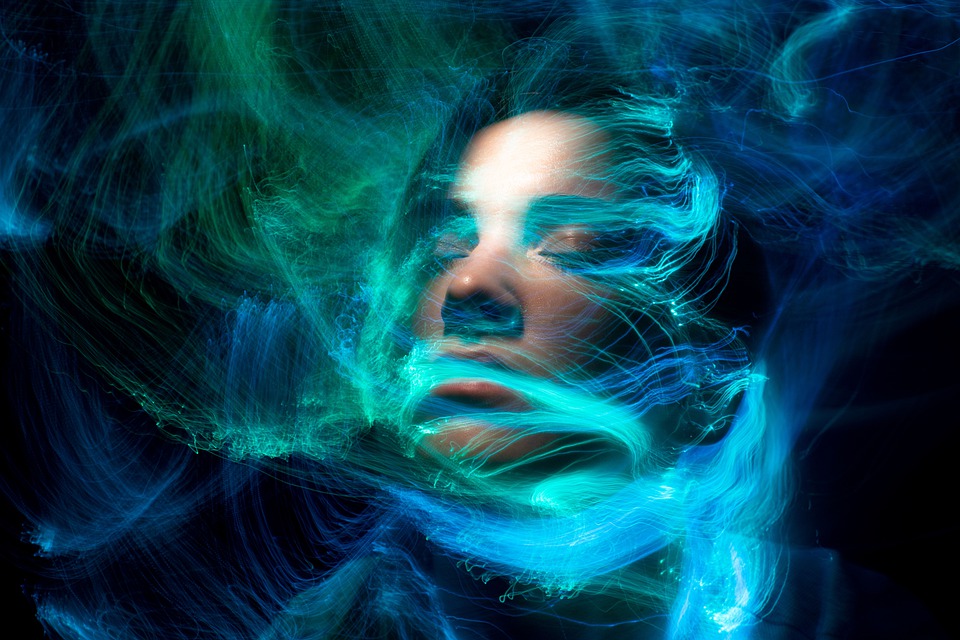 Meili is the only student at the school who can perform Merfolk magic and Magi magic. In the visual novel, she begins with a good foundation understanding of Merfolk magic, and may have opportunities to use it during Seafaring class. If the player chooses to investigate the main plot, Merfolk magic may be rather helpful when gathering clues.
Merfolk magic is emotional, and can be attuned with one's surroundings. It uses a blend of light and shadows, and can be related to Illusion magic that is used by the Magi. With access to both, Meili has potential to be very helpful in a diverse set of situations, if she attends class.

When the chieftain announced his marriage with human ShanLiang Li, his clan was not surprised. His voice had long sung her praises. Rising fears for the future of Bohai Hàn 's lineage lasted mere months, as ShanLiang soon became pregnant with Meili.

Not knowing what to expect, as none of the Jiāorén (also known as Taruan Merfolk ) had a human mate as far as their kind could remember, Meili's father was quick to lay in some new rules. One such rule, is that there cannot be a half Jiāorén. By rights, Meili would be full Jiāorén, and hence would not be disputed for the title of Han. Another rule, was that Jiāorén would be allowed to leave the sea at will and live with human settlements - yet still be a member of the clan. While no such rule against living on land was defined, most of the Jiāorén had no interest in exploring land above water. It was another rule that would protect Meili's legacy.

As Meili grew, concerns about her development were quickly dismissed. Meili adapted well to life in the sea and on land, and shared her time between her parents who made great efforts to spend time together, but were burdened by their responsibilities, Bohai as Hàn, ShanLiang as a scientist and engineer. During Meili's time on land, ShanLiang realised that Meili inherited her gift for magic. She expressed to her husband the importance for Magi to carefully nurture their abilities for their own safety and growth. Bohai promised that Meili would be enrolled in Taru International Academy which she reached the admission age.   ShanLiang died suddenly when Meili was eight. After the incident, Meili lived closely with Bohai Hàn and the rest of the Jiāorén, refusing to embark on land until finally ordered by the Hàn. Keeping his promise, Bohai Hàn sends Meili off to the academy.

Before attending the academy, Meili was tutored by her parents and various clan members of the Jiāorén. Her father and other merfolk taught her how to use her unique merfolk abilities and how to defend herself, while her mother taught her academic subjects, including science and languages. Meili previously aspired to be a scientist like her mother before the incident.

When Meili was aged 8, ShanLiang promised to take her to a famous amusement park in Taru as a birthday treat. Meili had visited the amusement park several times and loved to collect the merchandise while queuing for the rides. Before they would get there however, a vehicle lost control on the road and ShanLiang was crushed instantly while protecting her daughter. Meili suffered a great deal from the incident and rejected her human-form for three years, before her father forced her to enroll at the academy.   Meili struggles to recall the incident in its entirety, but is also determined to not reflect on it. She will not share her past openly.

Meili's plan is to endure her first year as Taru International Academy and then convince her father that it is a mistake, and that she belongs in the sea by his side. Making friends? Learning human skills? Who needs them?... Right? 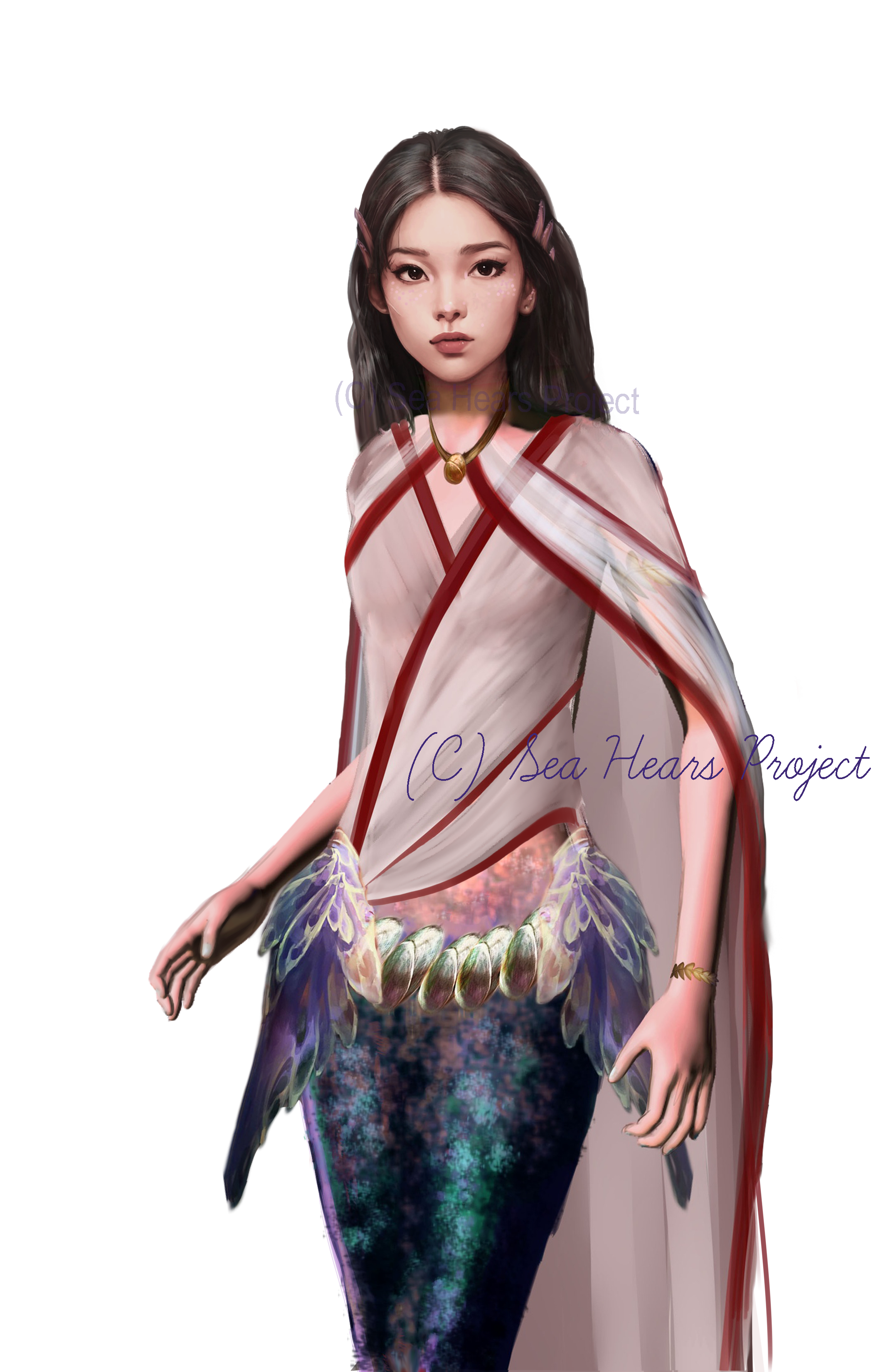 The ocean is my home. Far away from the world of land and feet, where we can sing in peace with only the violence of the Mother and a few of their sleeping friends…   Much better than noisy vehicles clashing around and stupid chatter about nothing and stupid people. Humans.   Opening scene in the visual novel

"It's screaming at me, and there's nothing I can do." Meili cried. "It's not his fault. But I can't stop hearing it! I hate this." - Meili, discussing Tongue-Less Merfolk.

"You want me to skip this lesson and go on an expedition that will most likely get us expelled?  Of course I'll come." 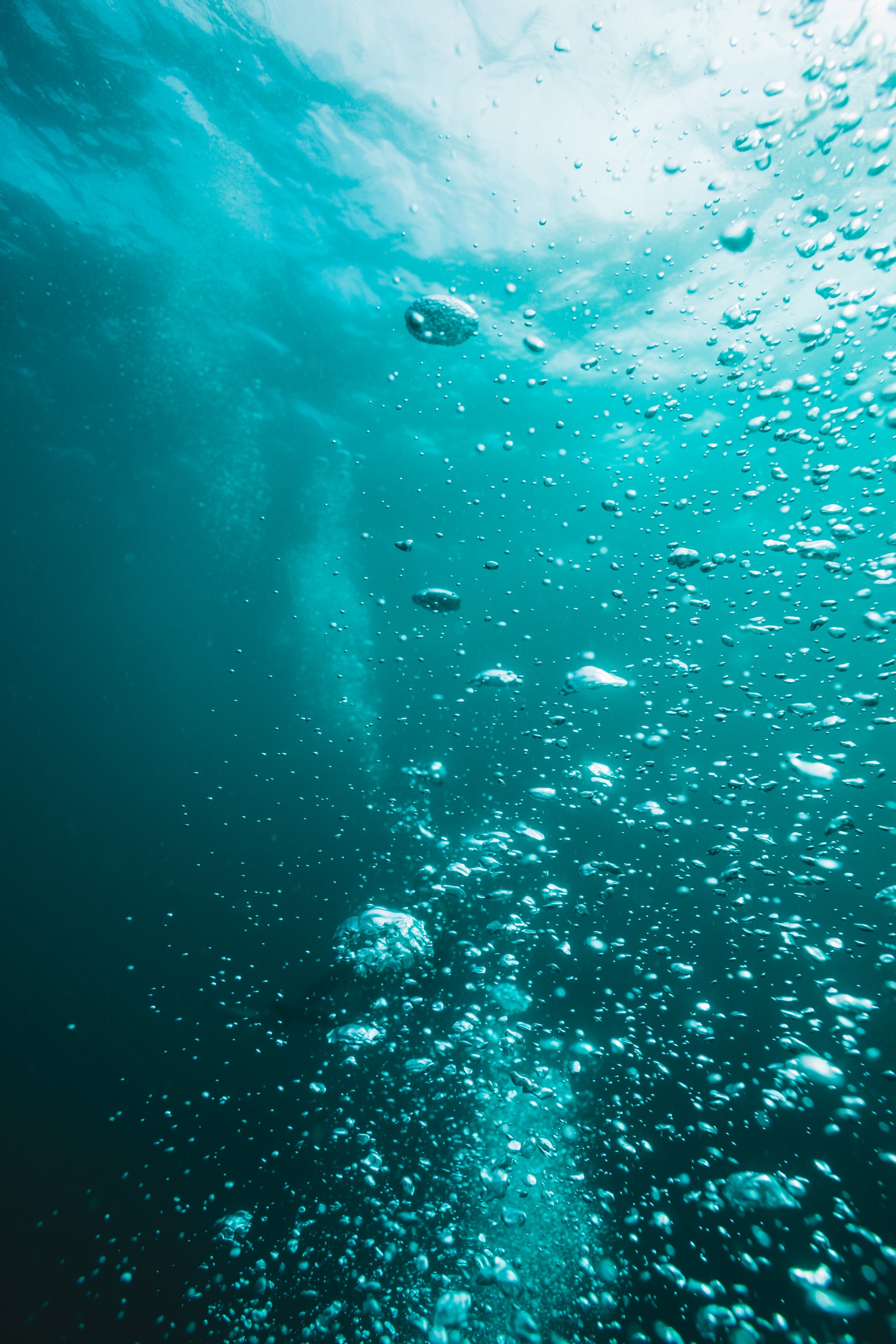 That art is beautiful.   I love the sound of Meili. I really like the fact that her parents worked so closely together to ensure she would not be disadvantaged by her parentage. I love the fact her father made some rules to protect that. <3   I feel sad for her for the loss of her mum, and I don't blame her rejecting the human part of her for a while after that. Sounds traumatic.

Hi Emy, thank you for your comment! I'm very happy to read that the love of Meili's parents came through from the article <3

Absolutely wonderful backstory and writing! I really love the character motivation behind not wanting to go to the academy, as well as her father's insistence on keeping her mother's promise.

Thank you for very your comment! I hope Meili will be a popular character :)