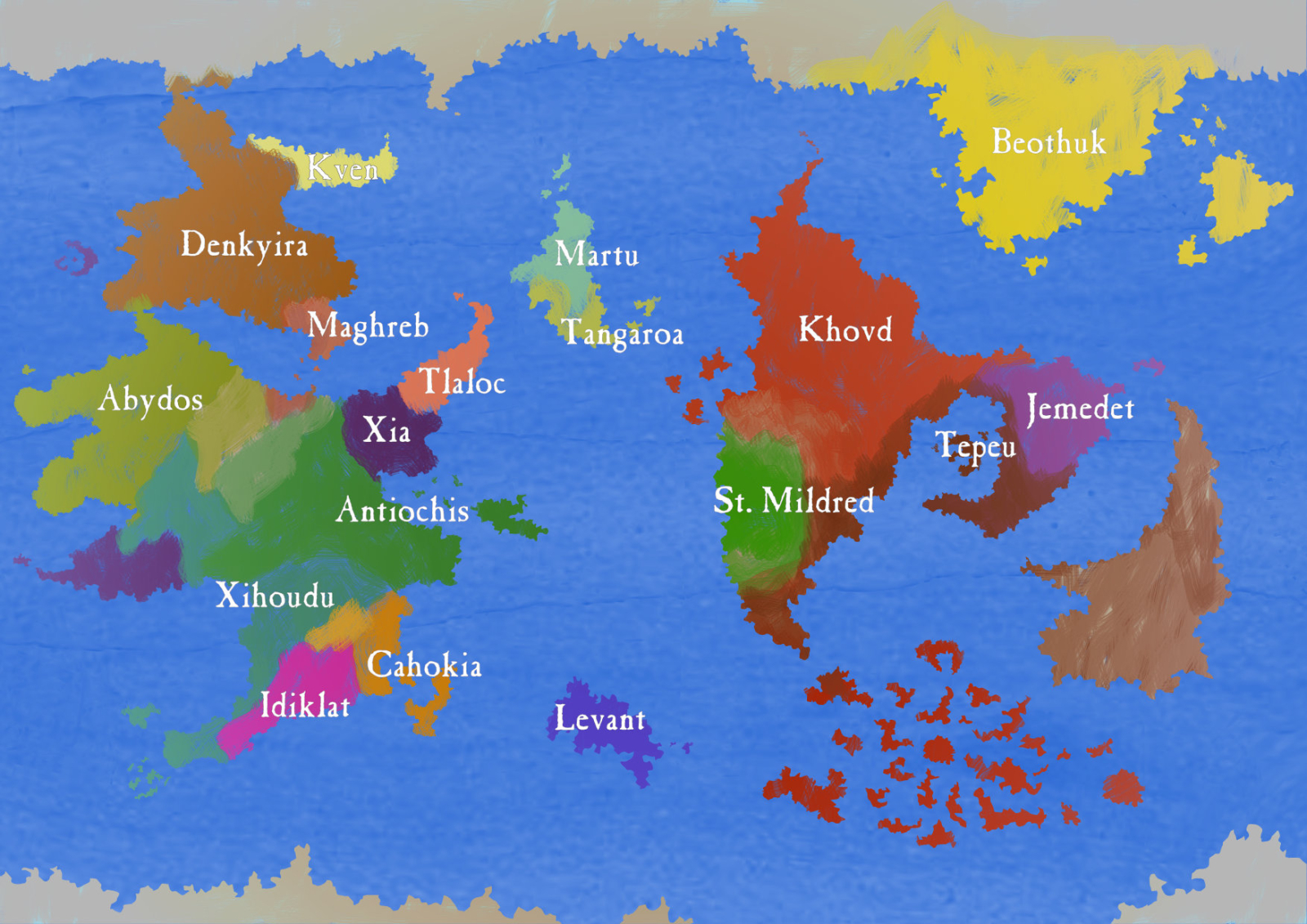 braddrac
A prosperous and technologically advanced society is sundered by a cataclysm that destroys the surface of the world. To make matters worse, all their wondrous technology no longer functioned, as streams of arcane energy now pulsed from the very earth. Those who survived the devastation looked up to see a second moon in the sky, so dark it appeared as a shadow before the night sky behind. This dark moon brought with it storms of incalculable energy, leaving chaos in its wake. The scattered remnants of humanity began to mutate, and creatures of nightmare emerged from the shadows.   Nearly two thousand years after the Cataclysm, the violent Achrann Storms have become less frequent, and previously isolated clans have emerged to claim their place in history. These clans have developed into a tremendously diverse group of cultures. These difference have led to fearsome wars as well as inspiring achievements of cooperation.   Out of these new civilisations, great heroes have emerged. Harnessing the arcane energy that now saturates the world, they accomplish feats of superhuman power, in deeds both righteous and nefarious. These champions may be the hope for a brighter future, or the doom of all.