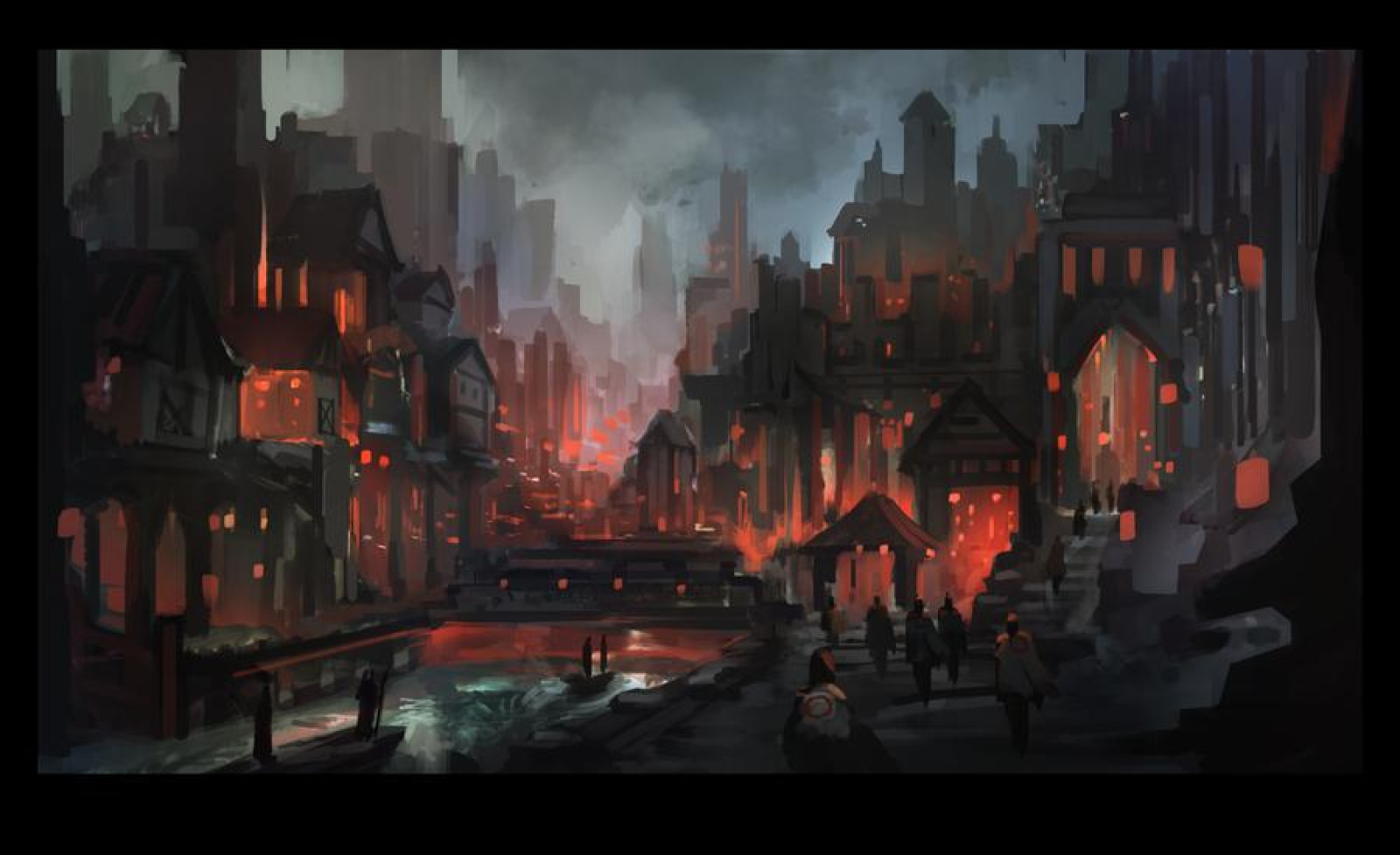 "How did we get to this point...? Heh, that's a great question. Pull up a chair."
-Kieryn Danforth Tetrinos

A realm akin to many on the surface. Many people manage their whole life going through the motions, no idea what goes on just mere steps away from their daily routine.   The surface of Rhenvale is a world in which science and magic have come together, both of equal value, and little contest comparing them outside of the factions at the highest level. Some choose the paths of conjurers, thaumaturges, or healers. Others choose the paths of technicians, mechanics, and engineers.   Others have adopted trades outside of this, as not all have the desire to take up the wand, or the wrench. Archers, swordsmen, and even gunslingers roam the vast landmasses of the realm, taking up odd jobs that neither of the previous groups would bother to take. However, the gap between these parties, and those who have taken up a craft, is large. Many altercations between a swordsmen and a thaumaturge end with nothing but ash-coated armor laying on the ground. Because of this, the need to be the best of the best in these professions grows ever more apparent, or else you could be left in the dust.   Be it a requirement, or a desire, to belong amidst this society, it doesn't matter. This divide and passion has caused Rhenvale to be filled to the brim with crime. Those that don't have the aptitude for magic, or the thought process of the engineer, often find themselves down this path. More often than not, it causes them to strike it rich, carving out their place in the underbelly of society.   Of course, this doesn't just pertain to those without a craft. Many who do choose to double dip, which has caused the underworld to grow to a continent-sprawling web of magical drugs, primitive illegal mechanical augmentations, guns for hire, and much more.   Amidst these are the crime families of Rhenvale, the most revered of society behind closed doors. All of them started from somewhere, and each has a tale to tell.
Rhenvale Discussion Boards