My spear flew from my hand, as if possessed. The figure before me caught it deftly in midair. I tried to run, but a wall of stone grew to block the alleyway. This was the end.
— An unfortunate victim

Manipulative magic is rarely seen in Qet, and allows its wielders to manipulate the world around them in incredible ways. Like all power, however— it comes at a cost.

Manipulative magic is obtainable by any character in the Qet TTRPG!   Just make sure that your character can justify the cost...


The Forces at Play

Manipulative magic lays dormant within mankind, and is wielded naturally by monsters. For humans, it is awakened most easily by despicable acts. While powerful, it cannot create something out of nothing, however, it can manipulate what is already there.
Beginners can manipulate minor things, such as chilling or heating drinks, bending a nail, or sending small objects flying.
Experts can stop projectiles in midair, build walls of stone, or cause localised earthquakes.
Casting manipulative spells, however, is exhausting— and can only be done a limited number of times a day. Not only this, but gaining the power to cast them to begin with comes at a great cost. 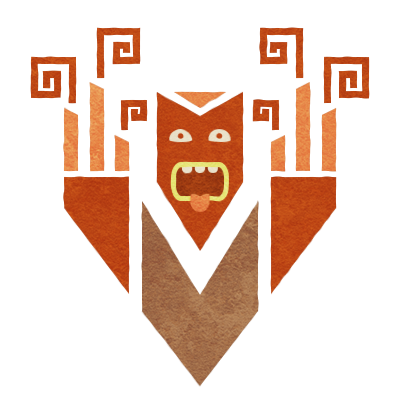 Humans do not inherently posses manipulative magic, and the method of obtaining it is shrouded in secrecy. Those who would share this secret often vanish— while known wielders often leave chaos and despair in their wake. As such, manipulative magic is vilified, and even outright outlawed in nations that know of its existence. If an individual must obtain manipulative power— they must be willing to cast aside their morality to do so.   To obtain the power needed to cast manipulative spells, one must first increase the latent magical energy within their body. This is done by way of cannibalism. Consuming the heart of another human being allows one to absorb the latent magical energies contained within and add them to their own. This tips the balance of power just enough to allow them to begin casting spells.   One cannot attempt to eat the hearts of monsters to gain the same power, despite them possessing greater volumes of energy from birth. Humans are not well equipped to process these energies, and find it easiest to consume this from other humans. Those who attempt to dine on monster flesh will find themselves sick and weakened. Monsters, too, find it easiest to replenish their energies by hunting humans, who pose as palatable— yet vulerable— prey.   Yet it is not as simple as casting aside one's morals— one who starts down the road of cannibalism is likely to never return to normalcy. Their bodies and minds will change the more they consume— and eventually those who fear or wish to harvest their collected power will hunt them down. There have been whispers of another method of gaining this power, a complex, costly potion that does not require the death or consumption of human flesh— but it does not allow one to reach the same heights of power as cannibalism.

Cannibalism is addictive, those who wish to gain more power will slowly find themselves transformed— losing themselves to bloodlust. Those who fall far enough will find themselves completely dependant on human flesh to survive. These are sometimes referred to as blood sick, or qepluezet olxlikliz. There are some upsides, though, as the blood sick are stronger and faster than the average human— and human flesh will even grant them temporary boons.

As one gains more manipulative power, they will begin to notice strange runes throughout the world. Runes that, when read, attack the reader in various ways. Some simply cause the reader to feel guilt, or hallucinate, while others directly hurt them or prevent them from getting near. These are known as the Runes of Qeplue,? created by the founder of the Qrol?— who hunt and kill manipulative magic wielders across the world.

Power granted by ancient, powerful beings— for a price.

A group of mislead cannibals, devoted to killing wielders of strange magics.

Dont know if my worlds conveyed this or not, but I love manipulating what's there vs creation when it comes to magic. It reveals a whole new set or problems and opportunities for casters. I dont seeing that often either, so kudos for originality.   Cannibalism being the way to gain this power has to be one of the most interesting ways of gaining magic. It's dark, comes with so many connotations and just... oof. It really builds on Qets idea that magic isn't the best thing in the world and also shows a sense of desperation and twisted mental state on the part of those who use it. Well done as always.

Thank you! It's come a long ways since the og idea which was way more akin to Avatar's bending— you could do just about anything with it so long as you took time to invent the spell.   Simplified it from the game side to be this set of dual spells— real simple stuff like "push/pull" or "build/break". But, these still allow for a lot of creativity!   And yeah, a recurring theme on Qet (in the world and game) is that everything has a cost— especially power. I'll be retouching the other two magic articles soon with changes on the game's side as well as lore!