Here, you can buy a gift from the stars themselves.
— A Gokh merchant

Kohd is a trading outpost at the edge of the Rollk Desert, bordering the lands of the Gokh Tribes in the peaks of Nipinoul. It is the primary point of contact between the isolated people and the outside world, and the only place where an outsider can obtain the valuable metal that is grondhan.

The Gokh faith of Kogoth has also managed to spread from here.   Faiths from beyond have managed to encroach upon the Gokh, in return. 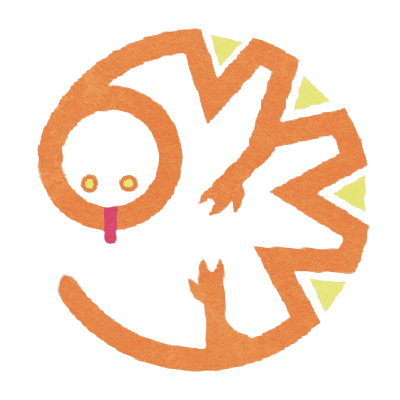 Kohd was founded only around a century ago, after a Coulqepluex explorer had brought news of the Gokh— and their mysterious metal— to the world at large. Various travellers, seeking riches, would attempt the climb— some even threatened the Gokh themselves, prompting periodic fighting. Even during times of peace, the bodies of hopeful yet unprepared travellers began to line the treacherous mountain paths. And so— the tribes came together to formulate a plan. All could benefit from a trading outpost— where they could trade their own exotic goods for those beyond the mountain peaks, while keeping their actual homes safe. And so, Kohd was built.

If it wasn't for the invaluable metal sold there, Kohd would be nothing of note— just a smattering of Gokh structures in an ocean of stone. Unlike the snow-capped peaks the Gokh call home, Kohd resides in a heated environment. As a result, the typical Gokh architecture has been adapted to the heat— making the town stand out from both Gokh and foreign settlements. Still built almost exactly like the traditional, angled stone structures seen within the mountains, windows take up most of each wall's width, with a new, rounded one added over the fireplace to avoid its heat cooking the residents alive. The town itself is fairly small, with only a few sparse structures reaching over a single story. It consists mostly of residential structures, artisanal workshops, and a market. Grondhan is not stored in large volumes here, rather, it is transported from the mountains to meet demand. This ensures that the possibility of foreign invasion, or even standard thievery, remains relatively low.   At the town's lies a sprawling market, which primarily sells raw grondhan, or items made from the material. Alongside these merchants, however, are those selling out goods from the mountain peaks— such as hides, monster parts, food, textiles, and stone carvings. Artisanal workshops skirt the edges of the market, with some being considering part of the market proper. Residences sprawl around the town's edges, without any particular pattern or order.

Within the dark corners of Kohd exists a thriving black market— catering to alchemists from Louh and elsewhere seeking Gokh cadavers and body parts for use in their brews and in creating heul. Gokh caught participating in this trade are typically disowned, shamed, and expelled from their tribe. Involved foreigners are banned from entering the the town.

A great desert of stone, desired by few.

A hardy people who live in the mountains of Nipinoul, and worship the stars above who they believe have blessed them with the great rectangular meteor, Grondh.

Answering: "Describe a settlement that is famous for a particular resource, product or item created there."
Visit Timepool's Competition Page Check all other answers to this prompt Competition Homepage

I love the little bit about the black market at the end, hinting at a darker side of Kohd. I also really like that traditional Gokh architecture has had to be adapted here. Really helps the place to feel alive. :)

Thanks! Glad that works, still surprised folk liked this one since my brain was fried when I wrote it.