Isokar is a land known for whales, green hills, and amber, famed for its dangerous wildlife and breathtaking geography. The people of Isokar largely still follow their traditional ways, leading to an undeserved reputation for backwardness among their neighbours.

Northern Isokar is primarily volcanic basalt, formed from shield volcanoes which are now extinct. The southern lowlands are primarily chalk. Isokar's coast is eroding fairly rapidly as volcanic activity is no longer replenishing the country's volcanic rock, and chalk is easily soluble and fragile.

Mainland Isokar formed relatively recently as the result of volcanic activity, which has sinced ceased. This is because the hotspot that caused Isokar's volcanic geography has since moved west. This has resulted in the volcanic Isokar archipelago, three islands of which have their own permanent settlements.

The northern highlands of Isokar are characterised by waterfalls, steep valleys and canyons, covered with a mixture of moss and hardy grasses or reeds, which give them their unique vibrant green. Much of the underlying rock is dark, sometimes shiny, or spotted black-and-white, which gives the hills and valleys a very striking appearance. The highlands of Isokar are fairly tall, reaching approximately 500 metres in height at the tallest peaks, but they are dwarfed by the nearby Boreal Rise to the east.

The chalk hills of lowland Isokar provide the majority of the country's agricultural product; grain, cereals, berries, sheep and goats are the most common farms. Flint is very common here, and the flint mines in southern Isokar are some of the oldest mines in the world. Flint is also used locally as a building material, both knapped and raw. Fossils are common in the chalk, and small fossils are often sold as souvenirs to tourists in the form of paperweights, ornaments, pendants or jewellery. Larger fossils are sold to scholars and academics all over the world.

The most common crops farmed in lowland Isokar are grains, cereals, roots and berries; except for the hardiest berries, most fruit is imported into Isokar. Some mushrooms and lichens are also used as a common local food source, but these are not exported as there is no foreign demand for them, and they are not formally farmed. Logging is rare as Isokar has little valuable timber.

Goats are the primary livestock animal farmed in Isokar, along with sheep and domesticated reindeer called maanarak. The Isokari goat is one of the largest breeds of domestic goat in the world and are farmed for their wool - used to make traditional Isokari clothing - as well as dairy and meat. The most common bird farmed for eggs is the duck, which are better suited to the climate than chickens.

Fishing is the largest industry in the country, and fish are a staple food in Isokar. Both river and sea fishing has been practised for hundreds of years, with conservation efforts now in place to prevent overfishing. Eels and crustaceans are both also common foods. Whaling is illegal in Isokari waters due to religion and superstition, though the punishment varies.

Hunting and trapping is a traditional occupation in Isokar. Despite its extensive history and an increase in activity in recent years, the local populations of large carnivores and herbivores - which are hunted primarily for their hide or fur - have shown no alarming decrease in numbers. A local zoologist, when asked why, famously replied: Endangered? Bless you! Try hunting the winter bears and see which one of you feels endangered! It has been speculated that this is partly due to the ban on whaling and registered whaling ships not being permitted in Isokar: in other northern nations, whalers are responsible for hunting other large animals including seals, bears and wolves for their pelts, to increase each expedition's revenue. The lack of whalers in Isokar, and the traditional methods used by Isokari people, mean that populations have remained relatively steady in past decades.   It has also been suggested by satirists that nothing could destroy Isokar's large wild animals except divine intervention, or possibly a localised arcane missile strike. Isokar is home to three species of wolves (grey, red and winter), five species of bears (black, grizzly, polar, winter and masked), two species of elk, wild boar, wooly rhinoceros, both of the world's two remaining sabre-toothed cat species (known locally as dagger-fang cats), and a large ground-dwelling sloth suspected to be a carnivorous scavenger. The last was widely considered a myth until an ill-fated expedition by Terrence Claymoore in the year [Placeholder] proved their existence to the wider world, though the expedition sadly led to Claymoore's demise.

I am satisfied that I have proved beyond reasonable doubt the existence of the giant sloths of Isokar. In the coming weeks I hope to document other creatures such as the "dagger-fang" cats and the smaller foxes that the locals told me about. They seemed quite agitated when I told them where we planned to look for the sloths. Fortunately, they are slow-moving and are scavengers rather than hunters. We are quite safe!
— The last entry in Terrence Claymoore's personal expedition journal, now on display in the Royal Polar Institute. 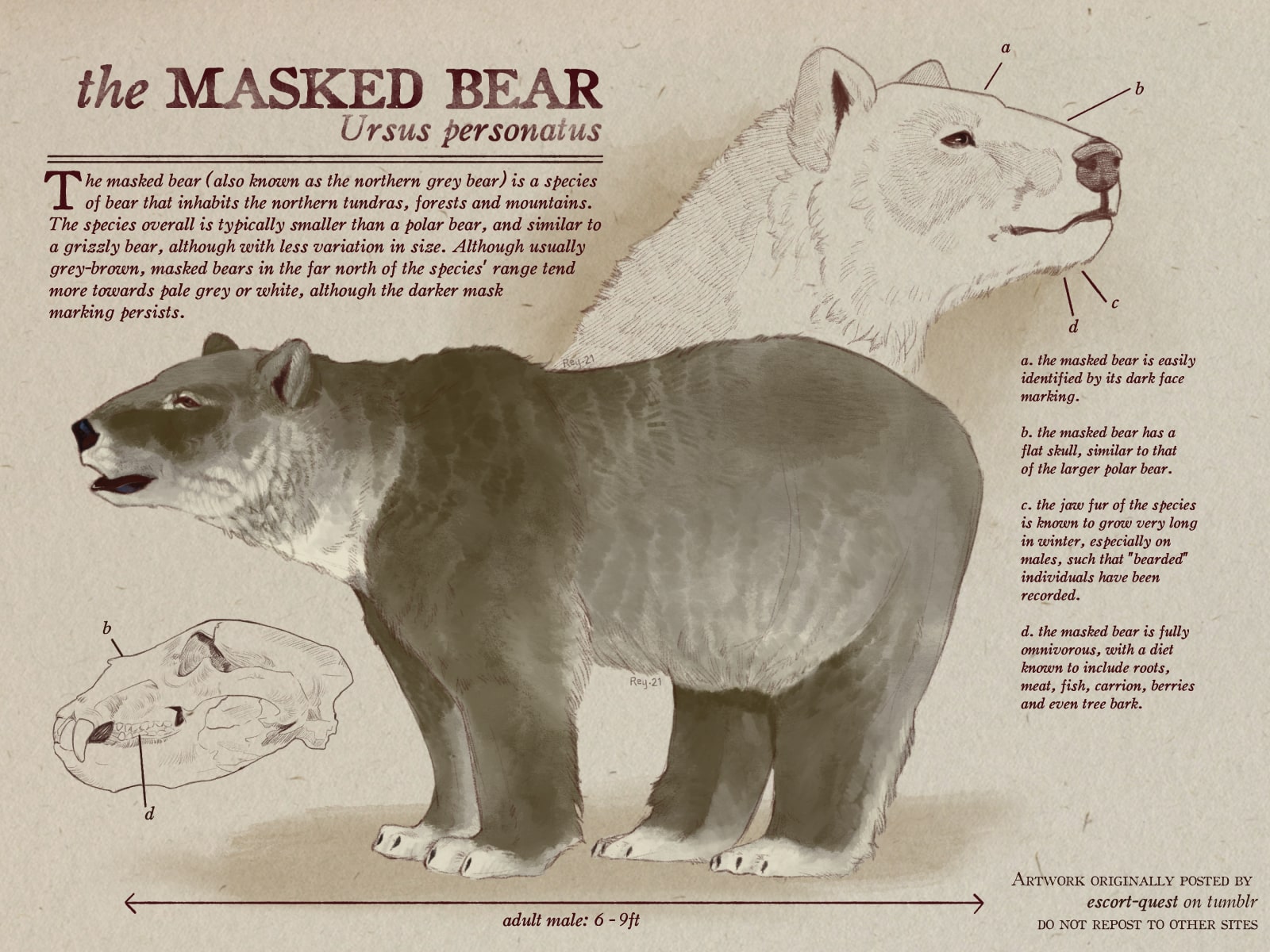 Masked Bear by Rey Writes
A scientific diagram of the masked bear, native to northern regions such as Isokar. First documented on an expedition led by Terrence Claymoore, which sadly led to the explorer's sudden demise.

Isokar produces a very large proportion of the world's amber, which is generally collected from the western coasts. This amber is traded worldwide. Some of the world's most valuable specimens preserved in amber have also come from Isokar. The chalk lowlands of Isokar are also an excellent place to find fossils.

Isokar produces woven and knitted textiles, particularly those made from the local goats' wool but also from imported textiles. Isokar is also known for producing rope, string, cord, nets etc. Isokar produces leather and hide goods to a lesser degree.

In rural and lower-class communities, education is typically not formal, but rather children are taught basic skills like reading, writing and mathematics by grandparents, or more rarely parents. More official "schools" exist in mid-sized towns, and rural children can attend for a small fee in order to receive more education. The fee may be paid in barter rather than coin, depending on the area. Children are typically taught a trade by their parents, or apprenticed to another local craftsman.   Schools are more common in larger settlements, though education is still not mandatory. The wealthiest citizens hire tutors for their children, or send them to school overseas. 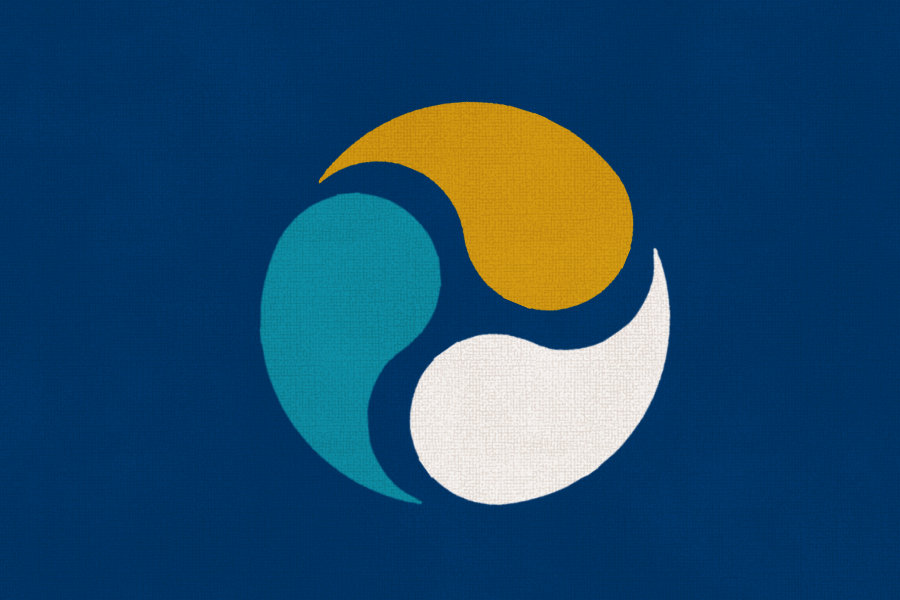