Meldennia is a walled city in the southwestern Midlands. The cities residents are unique in that the population is entirely female. The Meldenians are known for three things:   1. The quality of their art, jewelry, pottery and other goods   2. Their advanced knowledge of of literature, medicine and arcane sciences   3. Their mating practices:   Meldenians mate once per year, during spring, in a ritual known as Sharah. Male candidates from throughout Orballia are selected by the Meldenian council of elders. If the child is a girl, she stays with Meldenia. If the child is a boy, he is presented to the sire as a gift. To have offspring born of a Meldenian Maiden is considered is considered a high honor and symbol of status.

100% Female population, with the exception of the members of the Krystanian High Guard that are stationed in the city.

Meldenia is a socialist, pseudo-democracy. It is ruled by a council of elders, with the succeeding members chosen by the current members. The Temple of Kahlia and its priestesses also have considerable influence on the governing of the city. Meldenia is a member of the PentaCentric Alliance, along with Krystan, Tith, Daleus and Oclaria, as well as several smaller towns and villages in the region.

The city is walled for general protection. Meldenia has no military, instead relying on the military strength of its allies, primarily Krytan and Tith. A special regiment of the Krystan High Guard is stationed in Meldenia to serve as basic defense of the city. With its remote location, Meldenia is not looked at a desirable conquest from a strategic perspective. While Meldenia is a prosperous and wealthy city, it relies on trade with the PentaCentric Alliance to remain so, and few would attempt to cross the Alliance.

Meldenia is renown for its artisans and craftsmanship.. The quality of their art, jewelry, pottery and other goods is unrivaled and highly sought after. Additionally the Meldenian society places of strong emphasis on scholarly pursuits. Their advanced knowledge of of literature, medicine and arcane sciences is shared freely with their allies, ensuring their political and economic security.

The Kahlian Religion: The Meldenians worship Kahlia, a blue-skinned, six armed goddess. The basis of the Kahlian religion (handed down from the Natuu), is the Six Virtues: Justice, Chastity, Wisdom, Humility, Diligence and Charity. The Temple of Kahlia and its priestesses have a high degree of influence on the governing of Meldenia.

During the great war between the Natuu and The Kroll, the Kroll took humans as slaves. They used them as labor, both to support the war and to build their underground kingdoms. The males were sent to perish working in the tunnels or simply exterminated to maintain a docile slave population. Women served to supply the Kroll armies with food, weapons and supplies. As the Kroll were driven back underground towards the end of the war, they left behind a large population of female human refugees. Meldenia was founded by the Natuu as a safe haven for these women. To this day, its population consists entirely of women. Its culture is based on the Natuu civilization and is gently guided from “behind the scenes” by the remaining Natuu.

Meldenians are highly accomplished artisans and craftspeople, and this is reflected in the beautiful architecture of the city. Marble structures and lush, well cared for gardens dominate the city.

Meldenia is located in the Southern Midlands between the Aeramoor Forrest and the Pythian River, near where the Saleah Tributary joins the Paythian.

A mild climate, rich soil of the surrounding grasslands and bountiful game in the forest make life in Meldenia easier than elsewhere in Orballia. 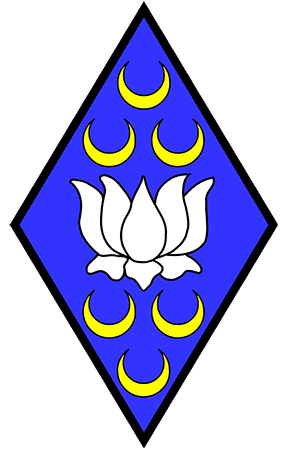