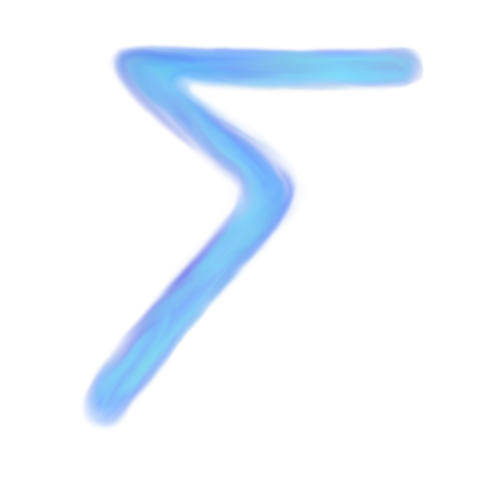 M. R. Struble
A world of Glorious Humans who must live in a world with the lesser beings of Faye, vile Demon spawn and their mixed bastard offspring.
The great Lord Ruler, most beloved of Gloria the Glorious, brought peace to Glorisa establishing order and uniting the lesser kingdoms against a common enemy and under his mighty rule.


I hope you enjoy! 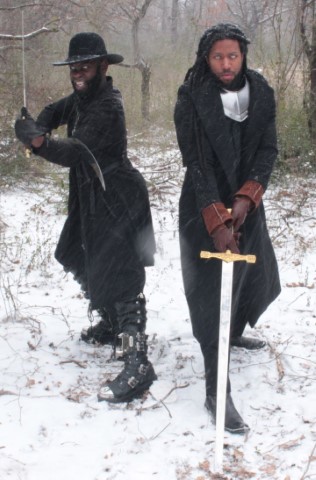 by Monté Jackson
Jump to the Stories: Our Lives as Demon Hunters
But now with the increase of Mist storms bringing strange monsters across the land, leaving one's own town has become dangerous. Thankfully the Slayers have risen up to combat these threats but even their hands are getting full.


The Slayer Guilds, long renowned for their bravery in fighting the vile beats of Glorisa, help protect the people of this great land. But rumor has it the Demon Hunters, once known as the fiercest of the guilds, has accepted a half-blooded bastard child and has raised him as their own. And as if it wasn't bad enough that they accepted the lesser beings into their town, they have now started allowing Faye to join the ranks of the Demon Hunters themselves.


How long will our great Lord Ruler allow this atrocity to last? And what of the threat from the Demon Queen and her hoards to the West? People say she is the cause of the Mist that now plagues this land. Will the Great Lord smite her and finally bring an end to the threat?
This is a world of Monsters, Demons, Faye, and Magic. There is misbegotten hatred for those that are different than the humans who rule. Though some see beyond the slight differences. Can these people hold against the rising hate pushed by the rulers of these lands?


No one knows where it came from. No one knows why it stays in some locations and comes and goes in others The one thing everyone knows is the Mist brings monsters. It started in the far West but can now be found in every corner of Kerravar.
The story follows Monté who is half-human half-demon. He works with the Demon Hunters Guild where he was born and raised. His uncle did his best to protect Monté from the vile nature of humans, and as the leader of the Demon Hunters, he had the power to do so. Manchū instilled strong moral beliefs in Monté including that all people, no matter their past or background, should be given a chance.
There are still things Monté doesn’t know of his birth or the demon that killed his mother. People and Faye may deserve a chance but with a strong hatred in his heart for any monster or demon, Monté became an exceptional Slayer learning every skill needed to exterminate these foul creatures. With his passion for slaying these beasts, he soon moved up in the ranks of the Demon Hunters. This has led him away from the protection of his uncle though, and into the wider world beyond. What will Monté discover about the world and his past? And will it change the way he sees the world?

Along for the ride and to learn any and everything she possibly can is Klyuda a Faye who loves to learn, explore and experiment, much to those around her's dismay. Being raised by an adopted family of Faye, Klyuda was raised to respect all life. Her pursuit of knowledge helped push her to leave her safe village at a young age and move to Sanctium where her uncle lived. Her uncle works as a researcher for a famous Slayer guild, known to accept Faye kind. This city being in the Kingdom of Lushita has a branch of the Academy, the most renowned school in Glorisa. With her uncle’s connections, she got accepted into the local branch of the Academy. What will Klyuda learn? Or more importantly, what will she break?


The Lord Ruler has reigned for hundreds of years forcing the kingdoms into a peace under his strict rule. He claims to be protecting his people from these increasingly violent monster attacks and the looming threats from the west, but only if they follow his ways. Many have started to wonder, is there more to this immortal ruler’s deigns than his people know?


They claim he is of the essence of the Goddess Gloria and embodies her beliefs and values. He rules with a first of fire and forced his beliefs and ideals on all he has conquered. Are these truly the values and ideals of a benevolent being though?

The guilds help structure the professions of the world

The various ways of accessing the magic of the world.

T his world started as a writing experiment. My friend did a fantasy photo shoot and I wanted to write a short about the scene. From there it started to grow into something larger. This is the first public work I am putting out and hope it is enjoyed by anyone who reads it. It is still very rough around the edges and things may change as I further explore the world and the stories that it holds. I have only started to build this world, starting in Oct 2021 when I joined WA, so please forgive if there are some holes we need to step around at first :D


I hope you will enjoy this journey with me.

Tweets by @StrubleBooks
©2021 All rights reserved M. R. Struble & StrubleBooks: Unless expressly stated all characters, stories, ideas, and content of this or any work created by M. R. Struble are the intellectual property of StrubleBooks and the creator of the material and may not be reproduced without explicit written consent.   This is a work of fiction. Unless otherwise indicated, all the names, characters, businesses, places, events, and incidents in this book are either the product of the author’s imagination or used in a fictitious manner. Any resemblance to actual persons, living or dead, or actual events is purely coincidental.