In a world where magic can be used for many things and where adventurers can be seen travelling the world ; many people try to make out the best of their lives and create unique businesses that can stand next to the influence of nations of the world.
Let's take a look at one of these great structure : "The Iris".

Welcome to "THE IRIS" ! So, are you here for a drink or perhaps for some information ?

Situated in the middle of the "Wayfar ocean", "The Iris" (or "Tavern of the Iris") is a large wooden structure used by adventurers, travelers, sailors, pirates, traders, etc. as a resting and resupplying area in the middle of this huge ocean. 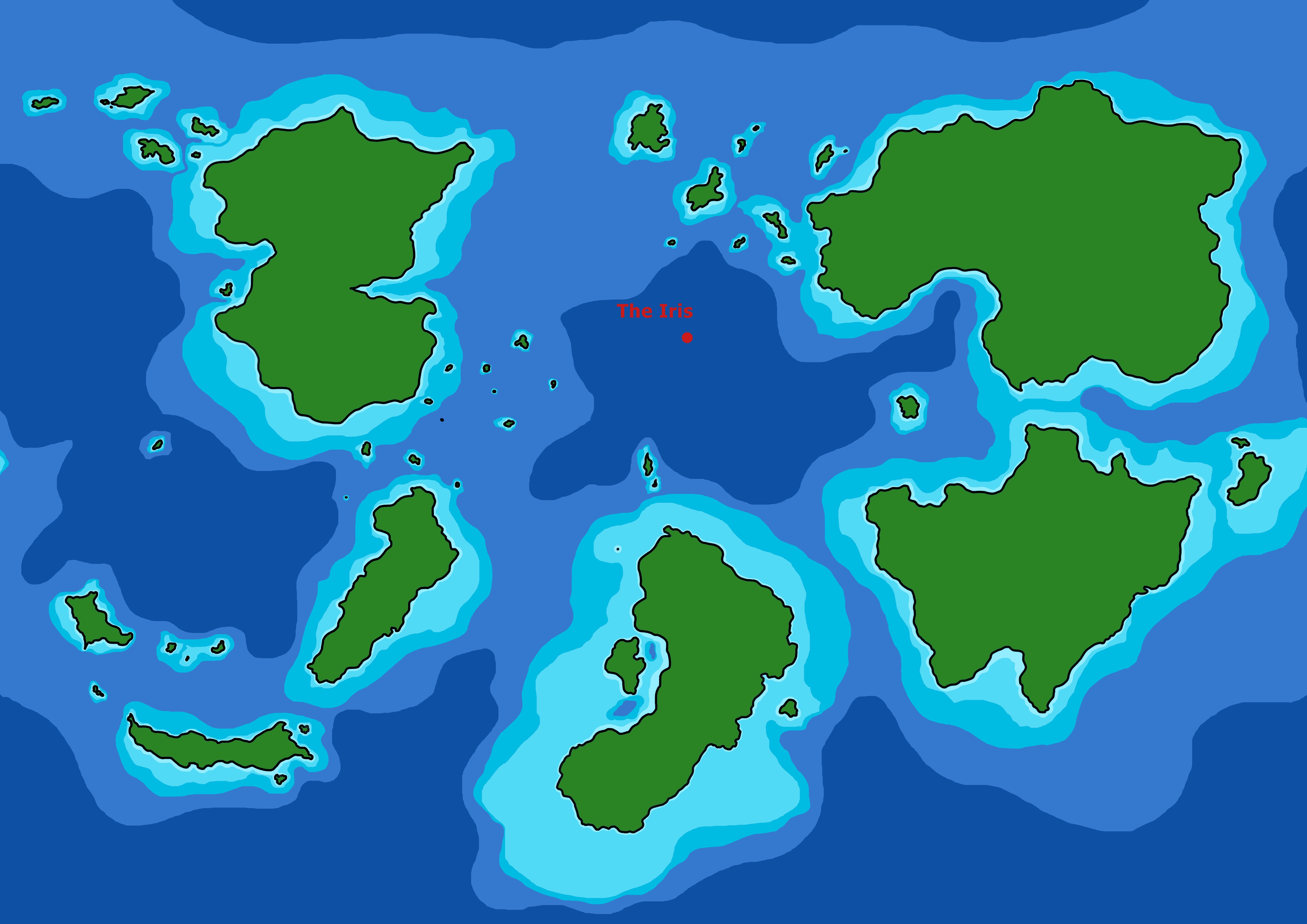 
Open 24/7, this place never rests. New people come and go everyday and all hours of the day. Everyone and everybody is welcomed and it is a very common thing to see all kinds of species coming from all around the world gathered here, in this place, whatever their job or main activity is... 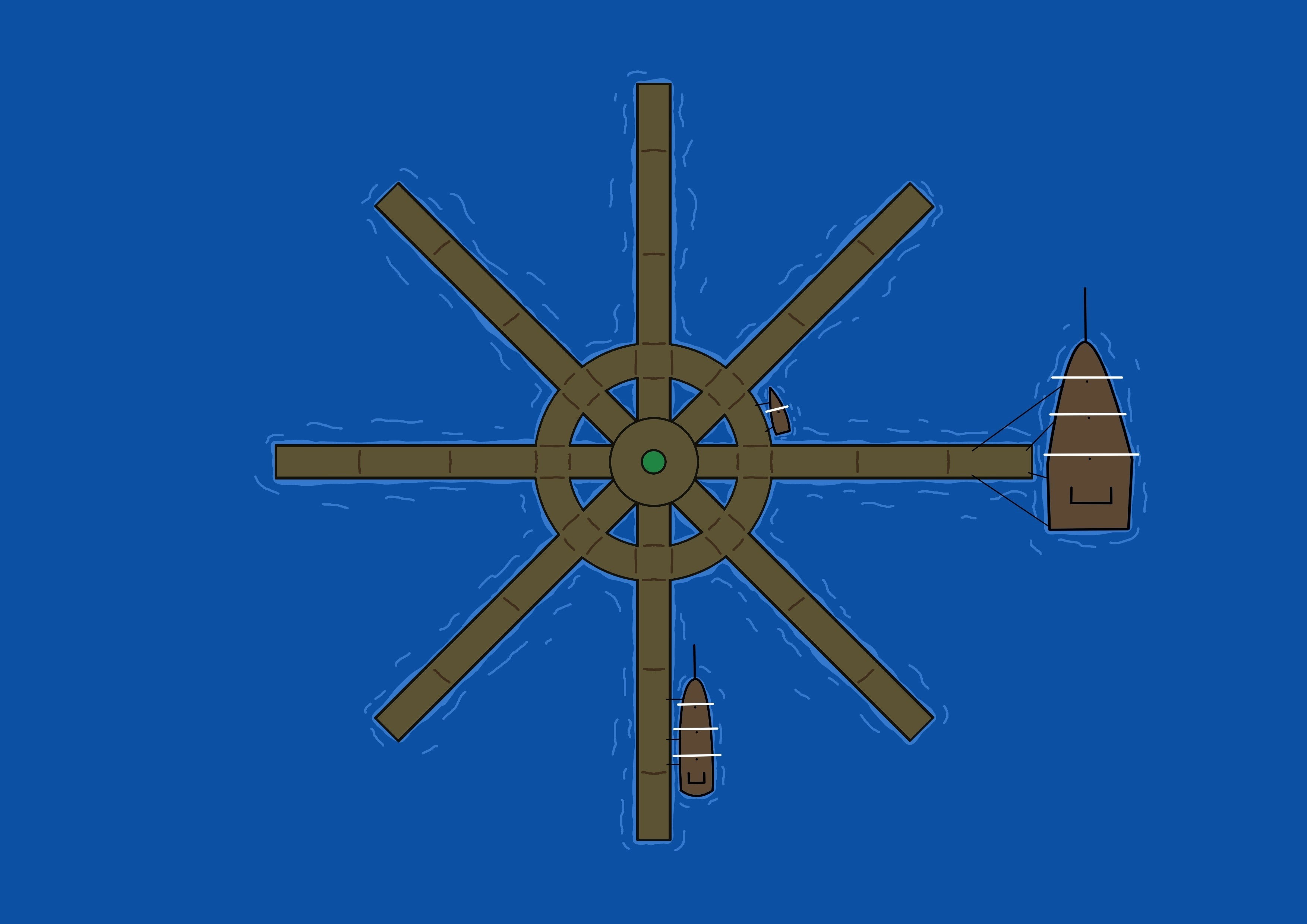 Aerial view of "The Iris".


But once sunset has passed and the lanterns are lit : "The Iris" becomes more than a place of gathering ; it also becomes a place of banter, feast and alcohol profusion. Of course, those kind of thing happens every day and the owners / bartenders don't even need to organize the whole thing : with every new ship that moor to the large structure, there is a new crew who wants to rest and relax...

If this wasn't for the large amount of drinks, of food and supplies stocked in the private ship of the owners of the tavern, this place would have been long gone because of the constant demand for such resources. Of course, this place makes a lot of money, the supplies the drinks and the food aren't free, but a lot of it goes into buying huge immeasurable amount of resources to sell later on. 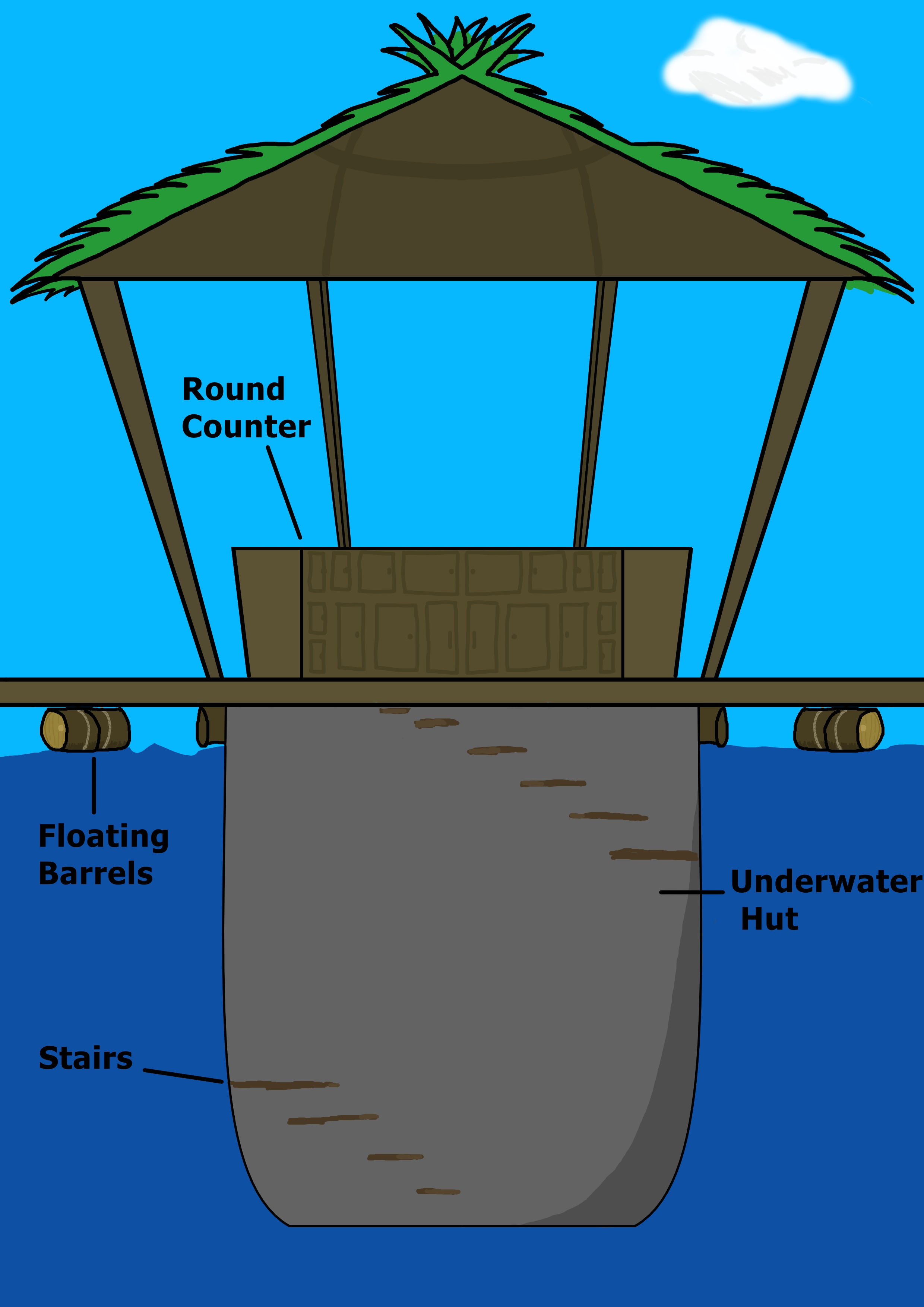 Once aboard, you just need to go to the little hut at the center of the structure in order to buy some drinks and to buy some supplies. Then, the bartender goes down some leading going into a little underwater storage room right under the wooden hut. No one except him goes there (and no one dares) and he always comes up with the right amount of supplies and drinks.

Drinks in hand you can now enjoy alcohol alone, or with a friend, or with strangers coming from all around the world. You can also choose tu use some barrels scattered all around the structure as chairs and tables and continue important or silly discussion about the world and it's richness.

Slice plan of the hut.


This tavern is a big deal in the world. Every ship and every people who wants to cross the ocean in the most efficient way and the most efficient path need to go by "The Iris". Since everybody / a lot of people need this place, many will see their interests growing in protecting the whole structure from potential threats such as storms and pirates (the strangest rewards are given out for voluntary help).

With so many travelers, merchants and people passing by this tavern, many informations can be gathered if you open your ears a little bit. In fact, many adventurers and sailors go to "The Iris" to gather intel or to get hired for some quest or mission. The influence and the importance of this unique tavern is recognized by all who dares to take the sails.


Being in the middle of the Ocean is not an easy task ! Add to the fact that you have to hold an important place located at the center of the travelling and trading routes and you have the daily life of the three crew members holding and living at "The Iris".

It is an old scarred man going by the name of "Eradsi the old" who owns and runs the whole place. Working there as a barkeeper, this old and retired smuggler saw and heard many things over the course of his really long career. Many people come to him to seek out advice... Or information...
If you stay up late enough, you can hear him tell some of his intriguing and ominous stories with his deep and enchanting voice about the dangers in the abyss of the ocean.

The two other crew members of the tavern are, let's say, less talkative.
They come from the very same crew of smuggler as Eradsi, even though they are much younger than him, and have a very important role in his business ; they have to use their water-bending abilities to help in the mooring process of the ships and on their departure.
Such a stressful and important task that takes all their strength and concentration do not let them the time to talk nor the strength. Even when they have not that much to do, their "boss" orders them to work twice as much doing useless chores. The worst part resides in the fact that these two always obey to him with thei soulless eyes and never speaks up against their boss. 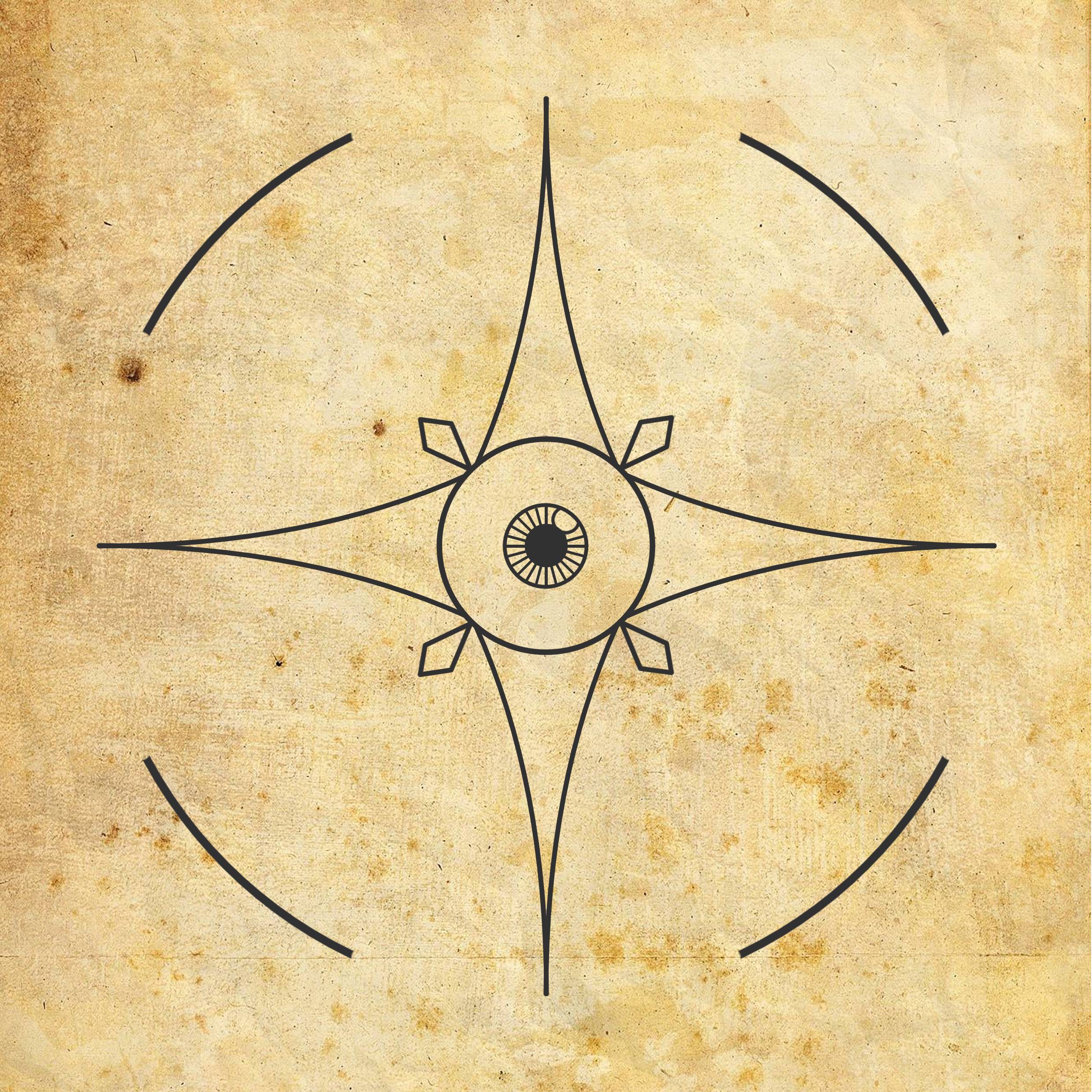 The symbol representing "The Tavern Of The Iris".

This is a interesting article and overall a good one, i do hope you will expand on the staff and patrons of the tavern and owners and a menu. but i do enjoy the recap part of it as well, Hope you will check out my article that i did for the tavern challenge!, but overall this article is good

Thank you for your feedbacks ! I'll try to modify my article with the remaining time available. And sure ! I'll go check your tavern :)

Really cool idea, I love how the Iris is shaped like a ship's wheel! I think my tavern and your tavern should meet up some time haha. I like the pictures you have, what did you use to make them? And what kind of rewards do people get for volunteering their protection?

Hey ! Thank you very much ! Maybe our taverns will meet one day haha ! For the pictures, I used "Krita" and a "Huion tablet". As for the rewards... Hmm... I think everyone can imagine any weird or strange artefacts and objects that Eradsi (strangely) has into it's possession. I think it can be at least everything that is a little bit valuable.