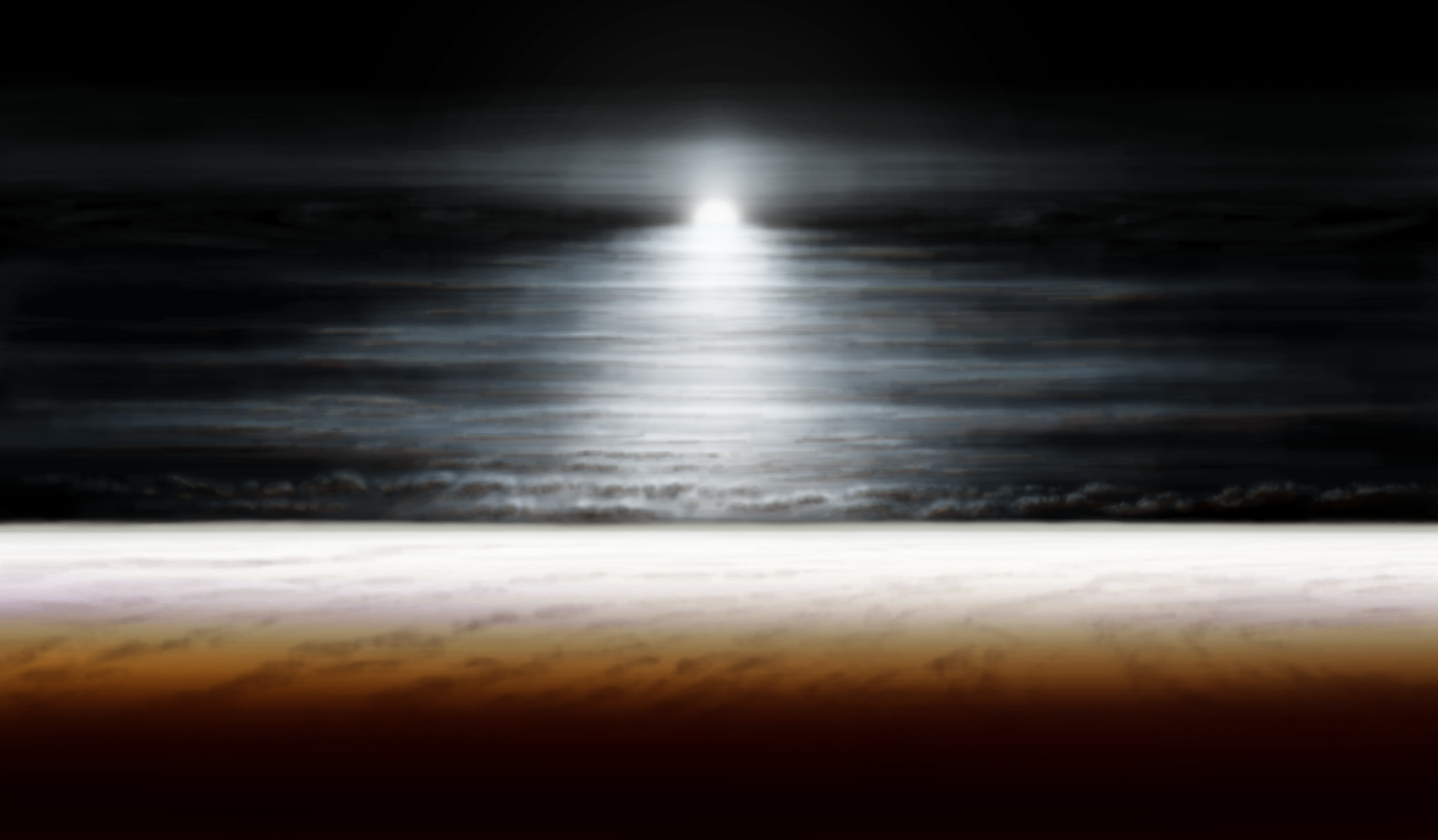 As solar output increases dust and gas nearest the star is blown away by it's solar winds. Oxidi is lightly coated in some of these elements.   Early Primordial Eon
----> Early Precellular Era
--------> Solar Haze Period

The haze left over from planetary formation was still visible reflecting light from the star. The lightest elements were the fastest to move out to the farther reaches of the system, evaporated and propelled by solar winds and heat, and adding to the mass of gas giants in the outer system. The higher atomic number elements, heaviest compounds and largest dust particles were the last to clear from the inner system, including the most radioactive of them. These last elements lightly dust Oxidi, enriching it's chemical composition.   At this time life only barely is, and it evolves slow due to a lack of basic cellular machinery or otherwise already evolved features that would accelerate it's evolution. Frequent large meteorite impacts during this period also deny early life the stability required to increase complexity, often wiping out more specialised but rare evolving systems and leaving only the most plentiful and primitive. It would take hundreds of millions of years after this period for more complex organised living systems to become the norm rather than the exception.