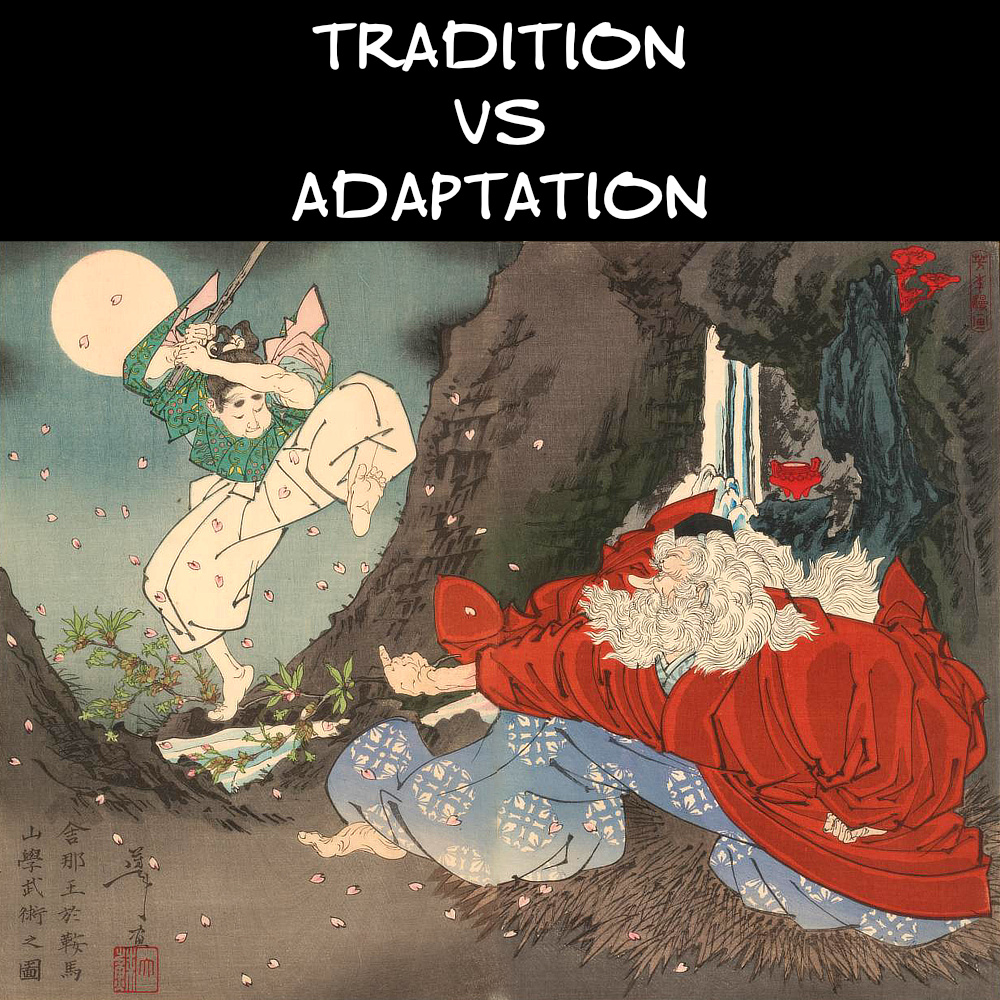 1 - In the last few centuries, I’ve seen untamed change. It relegates yokai, like me who’ve lived several millennia, to the outer fringes, practically the stone age. How do we balance tradition with keeping up with the adaptable humans?   2 - Enacting a limit on change only works for the short run. I remember well the peace, yet stagnation of the Edo era. And the end of it led to the fall of much yokai power. My theory is yokai need to start cultural transformation.   3 - We’ve glided through, expecting our power to carry us. If we want to avoid being shoved into the mythology category and recognized as the living beings we are, we need to be vigilant and proactive. How do I convince our stagnant society?   4 - A few will see change as felicitous. But most will consider it heinous, saying “Our culture hasn’t changed for centuries so why should it now?” The fitting response? “What happened after the Edo era? We went into hiding!”   5 - As king of the tengu, my driver for change is a little different from other yokai. Watching my people’s influence and veneration wane soured me for a few centuries. Only recently did I wake up to the need for an evolution. #weirdmicro   6 - The tumult in the yokai community after the Edo era and WWII as spirit folk hid among the humans prompted me to start the League of Guardians. A radical departure from minding my own business as an ascetic secluded on top of a mountain. #Bravewrite   7 - Our population is on the verge of a quake’s chasm, too much of a decline and there’s no coming back. Time is our nemesis. I don’t want any of the yokai falling between the cracks, but the League isn’t enough. What can we do? #inkmine #366FF   8 - We can’t be victims wallowing in nostalgia. I propose we fling aside what isn’t useful. And keep what is beneficial of our traditions. Yes, what I’m saying is unheard of. But so is extinction! Until this century it wasn’t a big concern. #bravewrite   9 - Let us not hide and settle for what comes. We need to not only keep pace with the humans, but lead them—better than ever before. Bringing a few magic users into the ranks of the League will allow them to help us adapt to new technologies. #inkmine   10 - The old system is on the verge of collapse. Humans capable of magic, even though they are lower than us, may be the key to our survival. Ki use magic is on the rise again among their kind. It’s time for us to take advantage of that. #inkmine   11 - “Instead of remaining distant and on the verge of human awareness, we’ll recruit their mages.” I expected stunned reactions, even a few disapproving hisses. But I had to silence the council’s uproar with a wave of my feather fan. #inkmine 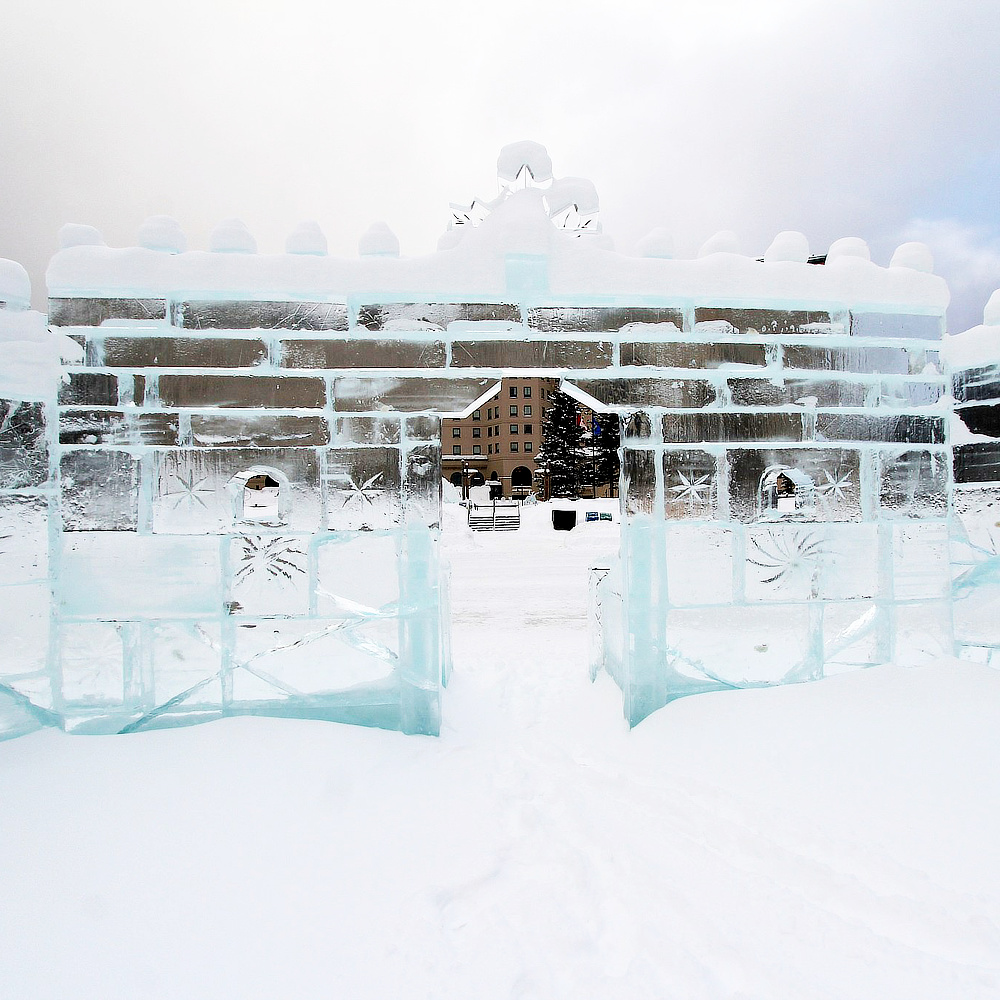 1 - For the Hotaru Park Snow Fort Contest, my family formed our castle brick by brick and cemented them together with ice. We were the Gods and *Goddesses of the event that everyone aimed to beat. #WeirdMicro #366FF   2 - For this year’s entry, we upped the ante by adding swirls of flowers in the bricks, representing the zephyr that swept in to bring us the snow of this event. Our fort would be breathtaking and able to withstand the impending onslaught. #366FF   3 - Knowing every other contestant would bee-line it to our fort for an attack, we made some of our décor into traps—the moat was obvious. But the flowers? Those subtly added an imperceptible force field. We’d need it this year. #inkmine   4 - Ichiro wanted to make a ‘security system’ with an orb that lights up if someone even touched our fort, but Ken and I vetoed it. This is small town Nonogawa. Who would be a threat to our entry in the contest?   5 - When we arrived the next morning for the judging, we found our fort ringed with onlookers. Had someone tried to get revenge for our winning streak? We pushed through the crowd to find the orb tattered on the ground. #366FF #WeirdMicro   6 - “Electronics are prohibited in the forts!” The judge pointed at my brother. “You used lights in yours. Disqualified!”   “The aurora cloud was naturally phosphorescent. Not electronics.” I put my hands on my hips. “So, who destroyed our orb?” #366FF   7 - The judge glared at me like I was an alien with five eyes. But I wouldn’t let him stare me down or let go of my pursuit to find who smashed a piece of our fort.   A boy, maybe five years old, trudged forward and bowed. “I-I s-so sorry!” #366FF   8 - “I was l-looking at it and…and it was just so pretty.”   My heart went out to him. “What if you help us make a new one? Instead of a ball, we’ll make a glowing port window.”   His round face lit up like the sun. “Really?”   My brothers and I nodded.   9 - A crowd gathered. My brothers zipped home to prep the colorful inclusions. We weren’t about to demonstrate the magic for it. The boy (Kai) and I drilled the space in the wall for the window. Kai chipped away with enthusiastic tenacity. #366FF   10 - After Kai’s arm fit through the hole, my brothers returned with the secret ingredient. Using dry ice allowed us to freeze the hot water quickly, and we inserted an ice panel with magically glowing crystals.   11 - The official gave us time to finish the repair after scrutinizing our ice window’s creation, traveling around to judge the circuit of other entries. I made sure to thank him, despite his earlier accusation.   12 - Kai was like a satellite circling me, babbling about how our fort was sure to win for most beautiful. So I asked, “Join us for the snowball fight afterward?”   His mother approached, shaking her head. “Your fort will be everyone’s target.” #flexvss   13 - After the judge returned and declared our fort the 2nd place winner after the emperor’s palace miniature, the other contestants descended on our fort. Three of us against about thirty. Snowballs flew everywhere.   13 - In a frenzy, invaders congregated to orbit and surround our structure, keeping us from attacking the other forts. Little did we realize, young Kai and his mom, joined the fray. The Pelting of our fort halted. And Kai proudly approached. #WeirdMicro


If you enjoyed these stories, consider signing up for my newsletter or checking out my book Rise that these stories are based on.
These Very Short Stories (VSS) posted on Twitter relate to my book series the Liminal Chronicles.   The newest ones are at the bottom. So start at the top. Click here to read the newest vss.

This year I'm also running a VSS challenge called vssCollab. Interested? Check out the link below.

A VSS (very short story) challenge on Twitter, where writers thread tweets together to create flash-fiction. Read the best in the 'In Threads' zine and tune in on Twitch to hear the authors read their favorites.