The Kovarian clerics are completely faithful to the service of the Sun Goddess. They serve the imperial church with undying devotion and dedication. Never resting and never stopping, they spend their entire lives in the service of the Goddess. With such devotion they never stray from the light, never corrupted by worldly greed and always uphold the word of the Sun Goddess. They heal the wounded to continue the fight, they eliminate all heathens and uphold the law of the Goddess. As each cleric is different it is difficult to tell each personality but as the almighty Sun Goddess chose the human Empire to be her representative, it is well known they have no love for any non-humans.   In times of peace, they can be found at churches around the Empire saving those that do not walk the path of the light. Serving the church in all manners from repairs, to giving religious services to the public, collecting donations and even building new churches to spread the word of the one true Goddess. When not at the church, they can be found helping at human orphanages, feeding the homeless, spreading the word of the Goddess, recruiting others into the light, healing the sick and injured. They are known for doing charity work for the Imperial citizens in times of need.   In times of conflict they can be found healing and aiding Imperial military units. Using their healing arts and cleric powers to insure that Imperial military units continue the fight for the Goddess. Being healers is only half of their role in times of conflict, the other half of their role is to rid this world of any that stand in the way of the Goddess and to eliminate the unholy, those that do not walk in the light of the Goddess. You will see them in the middle of the conflict wearing heavy plate armor, armed with enormous blessed mauls that they wield with ease and skill, never backing down no matter the odds. To give one's life in the service of the divine Goddess is the greatest of all honors so that they may be at her side in the afterlife.   Kovarian clerics are to never be underestimated because they are religious servants, instead they should not be taken lightly as they do process the power of the Sun and have no seconds thoughts of punishing the unholy which to them is any that dont walk the path of light of the divine Sun Goddess. They command the power of calling down the light of the Sun Goddess to vanquish their foes, the heathens of this world in spectacular displays of the sun itself coming down to vaporize those so foolish as to deny the Goddess they serve. They also process the power of the Goddess to bring the dead back to life, to heal the most severely injured and to ensure that all that serve the Sun Goddess continue the war against the unholy. 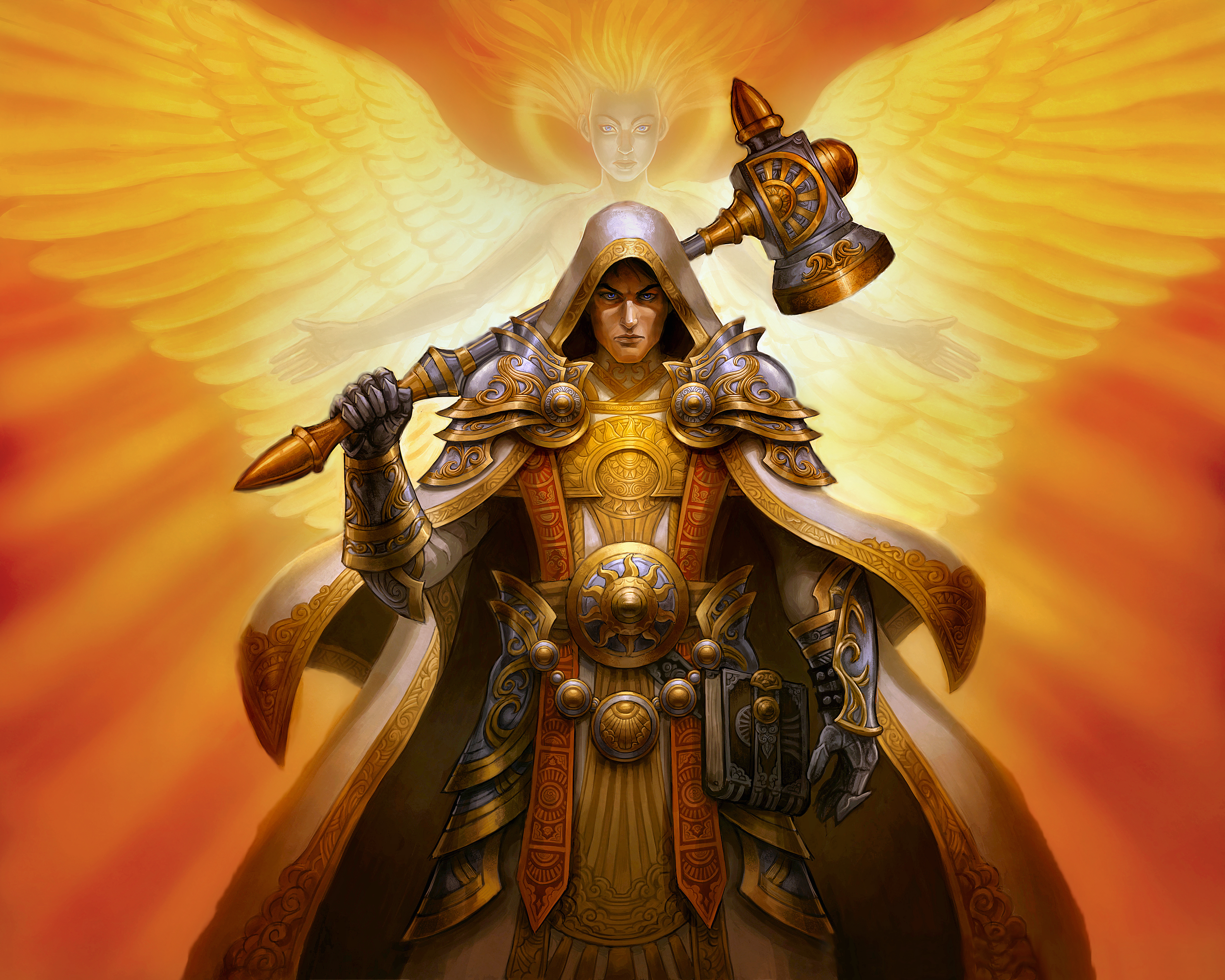