Magister of The Emerald Freehold (a.k.a. The Winter Witch of the Narlmarches)

For the past two decades, Freya had been caring for her younger sister, Serya, after their Mother mysterious disappeared while out gathering food for her young ones. It was not uncommon for their Mother Desiniya to be gone for a few days sometimes. After two weeks and running out of food supplies, Freya was forced to pack up Serya and head to the nearest village of Valdamere. While on their way there, the elven girls were ambushed by a group of human bandits. Unable to defend themselves they were easily taken hostage. The girls were both beaten, raped and left for dead on the forest floor. Freya awoke days later to an old human crone hovering over her. She would learn that their benefactor, Gerra, found and nursed the girls back to health. Unfortunately, Serya had not recovered from the ordeal mentally. Staring blankly off into space, Serya wouldn’t talk or acknowledge anything. Even Freya’s attempts to console her met with silence. This caused a slow burning rage to take root in Freya’s soul. Weeks went by and no change to Serya. Unfortunately for Freya, she soon discovered that she was pregnant. This cause no end of anger, grief and resentment for her. After the half-elf bastard was born, and she had recovered, Freya abandoned her sister, the bastard and the crone. Her only care in the world was to hunt down the bandits that were responsible and make them pay. Especially Dovan from Nisroch. 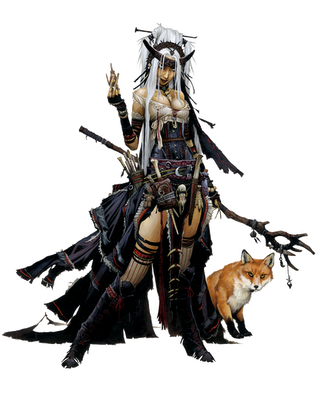 Rulers of The Emerald Freehold